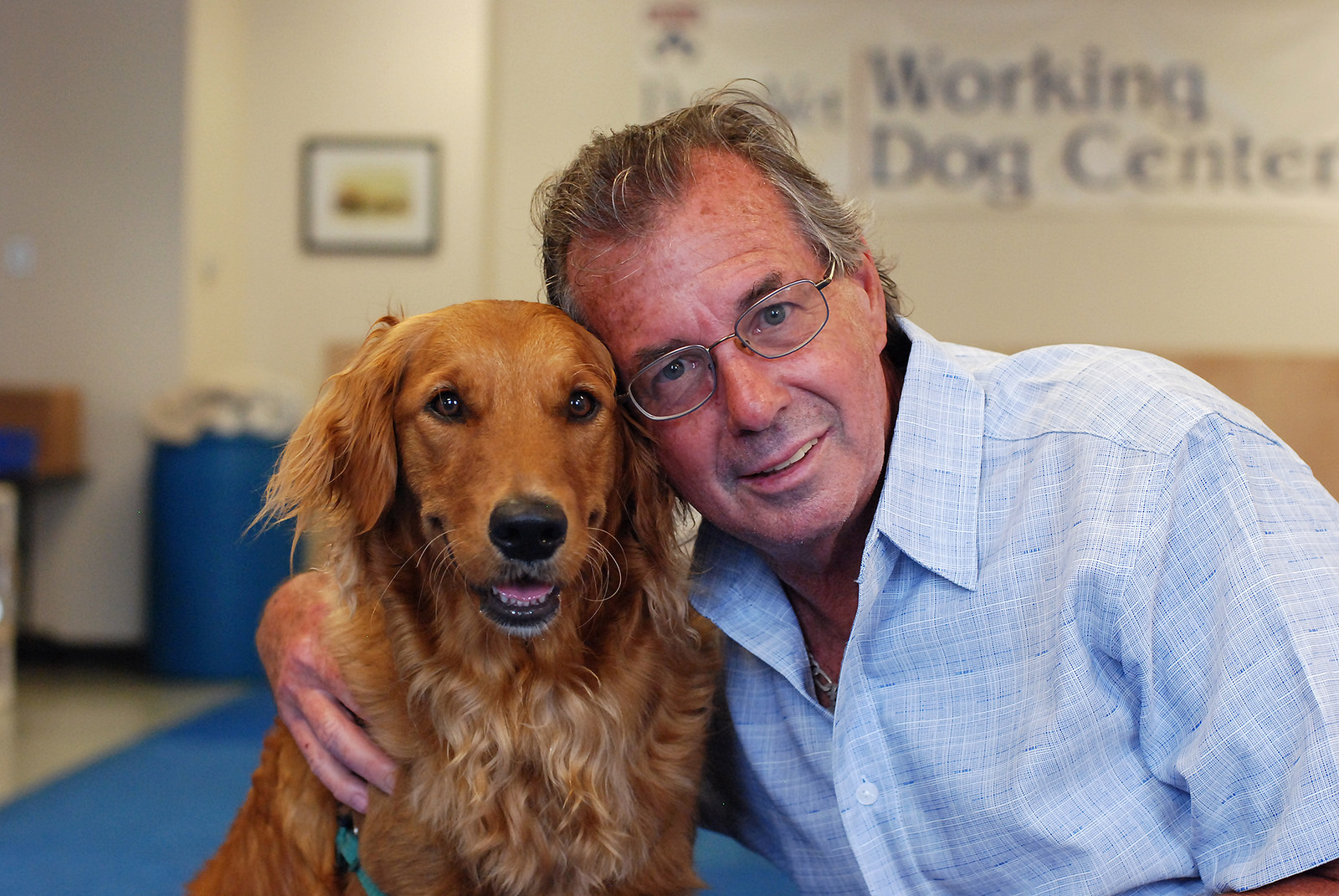 Bretagne, a two-year-old Golden Retriever, will alert her owner, Wayne Mowry, when his blood sugar is out of normal range.

The center, part of the University of Pennsylvania School of Veterinary Medicine, opened on Sept. 11, 2012 as a research and educational facility dedicated to help train scent-detection dogs for public safety and health. Dogs in the program are named in honor of individuals who lost their lives on 9/11 and canine heroes who served following the attacks.

“Throughout their training, Bretagne, Morgan and Thunder consistently surpassed our highest expectations,” said Cindy Otto, DVM, Ph.D., Dipl. ACVECC, Dipl. ACVSMR, executive director of the Penn Vet Working Dog Center. “We are incredibly proud of these dogs and wish them well in their new partnerships. It will be extremely rewarding to see them thrive in their careers as they put their scent-detection skills to work in order to save lives.”

As a diabetes alert dog, Bretagne will alert her owner, Wayne Mowry of Bloomingdale, N.J., when his blood sugar is out of normal range. Mowry has had type I diabetes since the age of 10.

Bretagne received her certification from the Diabetes Alert Dog (DAD) Alliance. To pass the certification test, a dog-and-handler team must demonstrate the dog’s ability to alert on the handler’s glycemic low or high as well as behave obediently in all public situations. The public portion of the test includes entering and exiting a car, resting quietly under a restaurant table, navigating escalators and elevators easily, boarding public transit and ignoring distractions that range from food to toddlers.

A separate scent discrimination test requires the dog to successfully indicate the presence of glycemic odor in a double-blind test, where neither the test observer nor the handler knows beforehand which of four samples contains the odor.

Morgan’s search training started with extensive work searching for live hidden people, then expanded to include searching for specific scents on vehicles, in buildings and on luggage and parcels.

Morgan’s training at the center was complete once he was imprinted on the odors of marijuana, cocaine and heroin.

His training continues with Trooper Stanker to become a certified Narcotics Detection Canine.

During his training, Thunder built the confidence to search and find targets in a variety of environments, including buildings, vehicles, a giant rubble pile and an array of outdoor areas, according to the center.

Urban search and rescue dogs rely heavily on their noses to hunt, while staying focused on their task without distraction, the center noted.