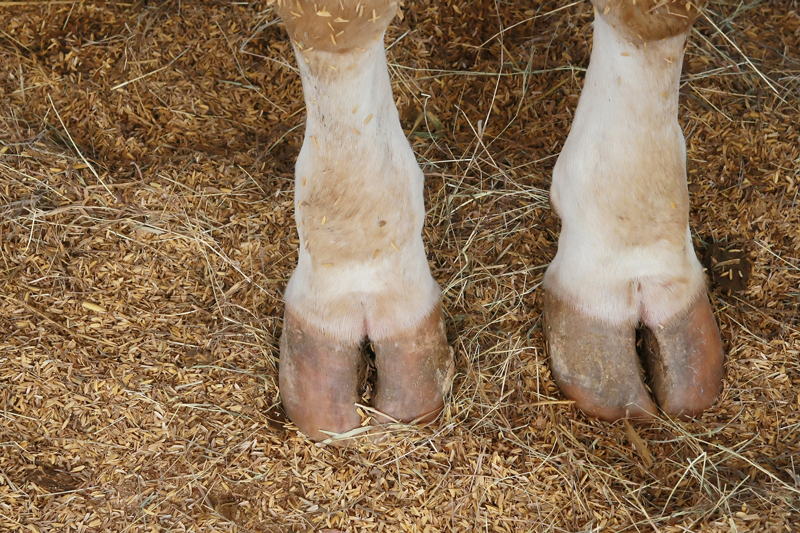 A new study focusing on the physics of human nail conditions may bring focus on disease in the hooves of farm animals and horses. Researchers from The University of Nottingham School of Veterinary Medicine and Science devised equations to identify the physical laws that govern nail growth, and used them to shed light on the causes of some of the most common nail problems, such as ingrown toenails, spoon-shaped nails and pincer nails.

Regular poor trimming can tip the fine balance of nails, causing residual stress to occur across the entire nail, the study revealed. This residual stress can promote a change in shape or curvature of the nail over time which, in turn, can lead to serious nail conditions, the study further noted.

“Similar equations can be determined for conditions of the hoof and claw and applied to farm animals such as sheep, cattle or horses and ponies,” said Dr. Cyril Rauch, a physicist and applied mathematician. “At a time when securing food across the world is important, a better understanding of the physics of hoof/claw has never been so essential to maintain the health of livestock and to sustain agriculture and food production.”

In the study, the researchers focused specifically on human ingrown toenails. When devising their equations, the researchers accounted for the strong adhesion of nails to their bed through tiny, microscopic structures, which allow the nail to slide forwards and grow in a “ratchet-like” fashion by continuously binding and unbinding to the nail. By also taking into account the mechanical stresses and energies associated with the nail, the researchers came up with an overall nail shape equation.

The equation showed that when the balance between the growth stress and adhesive stress is broken—if a nail grows too quickly or slowly, or the number of adhesive structures changes—a residual stress across the entire nail can occur, causing it to change shape over time.

Humans, especially “nail beauty fanatics” who trim their nails on a daily basis, are urged to go for straight or parabolic edges in order to avoid the imbalance of stresses which “could lead to a number of serous conditions.”

These findings can be applied to farm animals and conditions associated with their hooves, according to Rauch.

“I believe that physics can make a difference by promoting a new type of evidence-based veterinary medicine and help the veterinary and farrier communities by devising trimming methods to alleviate pain and potentially remove the cause of serious conditions,” Rauch said.

The study was published Oct. 17 in the journal Physical Biology.