Cancer is the leading cause of death in dogs ≥1 year of age (Figure 1).1 While their lifetime risk is similar to humans (between 1:2 and 1:4), their annual cancer incidence is up to ten times higher because of their shorter lifespans.1,2 Like in people, both genetic and environmental factors drive cancer incidence in dogs. Some purebred dogs may carry a higher number of germline (inherited) mutations that predispose them to cancer.3 Furthermore, because dogs and humans share the same environment, dogs are exposed to the same carcinogens as their owners.2,3 Additionally, the burden of cancer in dogs increases with age: up to 50% of dogs >10 years of age will develop cancer during the remainder of their lives. 1,2

Cancer care is an essential part of pet health care.4 Unfortunately, most patients are presented for evaluation once clinical signs have developed, by which point the cancer is often advanced, microscopic or macroscopic spread has already occurred, and a cure is no longer achievable.4–8 Thus, cancer in dogs currently carries a significant burden of morbidity and mortality.1

Early identification and treatment are often considered key elements in maximizing the chances of a positive clinical outcome for a patient. In humans, cancer screening programs such as annual mammograms in women, prostate specific antigen (PSA) testing in men, and colonoscopies exist to help detect cancers at earlier stages, when a cure is more likely to be achieved. Comparable screening paradigms do not exist for dogs, and annual/biannual physical exam and routine minimum database testing (CBC, chemistry, and urinalysis)9 are, unfortunately, unable to detect many canine cancers.

Cancer is a “Disease of the Genome”

Historically, cancer has been defined by its organ or tissue of origin, or by its cellular characteristics. However, there is a growing understanding that, at its most fundamental level, cancer is a disease of the genome, as it is directly caused by alterations in DNA and cannot develop in the absence of such alterations.

Over time, normal cells accumulate random genomic alterations as the result of DNA replication errors, as well as exposure to endogenous factors (such as free radicals) and to environmental (exogenous) carcinogens.2 Most alterations are corrected by DNA repair mechanisms, or the alterations are severe enough to trigger death of the affected cells, with no ill consequences for the organism. However, when such alterations occur in specific locations in the genome, and are not corrected, a chain of events is set in motion that ultimately leads to the development of cancer.2

Armed with an understanding that cancer is caused by genomic alterations, along with advanced DNA sequencing technologies, it is now possible to detect and characterize cancer in new ways. One method that has rapidly come into common use in human medicine is known as “liquid biopsy”.

Liquid biopsy broadly refers to the sampling and analysis of analytes from various biological fluids, such as blood, urine, or cerebrospinal fluid.2 In the past decade, it has become evident that the most promising blood-based biomarker is “cell-free DNA” (“cfDNA”), which is composed of fragments of DNA that are released into circulation when cell death occurs by apoptosis or necrosis (Figure 2). These cfDNA fragments are rapidly degraded by normal processes, with a very short half-life of minutes to hours in both humans and dogs.2 The constant turnover of cells throughout the body provides a steady supply of cfDNA in the circulation, which is amenable to analysis with sophisticated genomic testing technologies, of which next-generation sequencing (NGS) is the most advanced.2 Cell-free DNA is released by both normal and tumor cells; cfDNA that originates in tumor cells is called circulating tumor DNA, or ctDNA.

NGS is a powerful new technology that enables interrogation of multiple classes of genomic alterations known to be associated with cancer. Detection of such genomic alterations in the cfDNA of a patient is indicative of the presence of cancer cells in the body, providing the biological rationale for “liquid biopsy” testing approaches.2

Furthermore, advances in the design of blood collection tubes have allowed liquid biopsy samples to be collected in the clinic and sent to the lab at ambient temperature without any in-clinic processing or special storage requirements. Such samples are stable for up to one week, providing an easy-to-use solution for veterinary clinicians.

Clinical Use Cases for Liquid Biopsy

There are six clinical scenarios, or “use cases”, where liquid biopsy can be employed (Figure 3):

(2) aid in diagnosis for patients in which there is a clinical suspicion of cancer,

(6) recurrence monitoring after surgery or after cancer therapy has been completed.

In humans, significant research has gone into development of liquid biopsy tests for all six use cases, to use results for cancer detection, characterization, treatment, and monitoring.2

Prior to a cancer diagnosis, liquid biopsy can provide valuable information in presumably cancer-free patients as a screening test. A screening paradigm focused on high-risk populations, such as older dogs or dogs from predisposed breeds, could help identify cancer earlier. Early detection has been shown to drive better clinical outcomes in humans, such as increased life expectancy and higher rates of achieving complete remission following curative-intent interventions (e.g., surgery).10 It stands to reason that similar benefits could be achieved in canine patients with the availability of early detection screening tools, a fact that is recognized by leading veterinary organizations.11-14

Liquid biopsy can also be used as an aid in diagnosis tool for patients in which cancer is suspected. In some cases, a patient’s clinical signs may be non-specific and not localizing to a certain anatomic site. In other cases, an anatomic site may be evident, but the invasive procedure required to obtain tissue for diagnosis may carry a high risk of complications, or the suspected mass may be inaccessible by biopsy or surgery. In such circumstances, liquid biopsy could be performed from a routine blood collection, drawn during the initial visit when cancer is first suspected, potentially saving time and money while increasing owner compliance with pursuing a diagnostic workup.

“Precision medicine” or “personalized medicine,” aims to utilize the genomic signature of an individual’s cancer to select targeted therapies.15 Liquid biopsy has the potential to comprehensively evaluate the genomic signature of a patient’s cancer from the blood, allowing detection of the unique alterations present in the primary cancer as well as metastatic sites collectively with one sample.  This can allow for targeted treatment selection based on the entire set of cancer-associated genomic alterations present in the patient, rather than only on those alterations identified by tissue sampling, which is known to be biased by spatial heterogeneity.

Post-surgical treatments to prolong cancer control, known as adjuvant therapy (e.g., radiation, chemotherapy, and/or immunotherapy), are often advised for patients with cancers that have high rates of recurrence or metastasis. The ability to detect occult malignant deposits remaining in the body that may result in clinical relapse or recurrence is termed minimal residual disease (MRD) detection. MRD detection may be challenging when using conventional methods (such as exam and/or imaging) but may be achievable by evaluating the presence of ctDNA via liquid biopsy.

During cancer therapy, response to treatment is often accomplished by physical exam and imaging. However, certain tumor types and/or locations bring unique challenges to monitoring, such as the requirement for anesthesia and/or expensive imaging procedures to evaluate. Liquid biopsy testing for treatment response monitoring can allow for earlier determination of treatment response or failure, and help inform treatment decisions (e.g., discontinuing non-efficacious therapies, or reassuring the treatment team of treatment efficacy in the case of a mixed clinical picture).2

Finally, after a patient has completed surgery or cancer therapy and achieves complete remission, a monitoring program to attempt to detect cancer recurrence (or “relapse”) is typically advised. This is currently accomplished using serial imaging tests as well as physical exams (to look for clinical signs of relapse). Earlier detection of “molecular recurrence” could allow for earlier intervention resulting in improved outcomes for these patients, and may be accomplished with serial liquid biopsy testing. This method of recurrence monitoring represents the sixth use case for liquid biopsy.

You May Also Like  “Dr. AI will help you now”

NGS-based liquid biopsy testing using a routine blood sample is poised to change the way we detect, characterize, and monitor cancer in dogs. This novel technology offers veterinarians a new tool in the toolbox for patient evaluation and management, and provides an opportunity for improved outcomes for cancer patients by potentially detecting cancer earlier. Advancements in veterinary cancer care often lag behind those in human medicine by many years; however, liquid biopsy for early cancer detection is now available for dogs simultaneously with its availability in human medicine, ushering in a new era in noninvasive cancer detection and management using a simple blood draw.

This Education Center article was underwritten by PetDx. 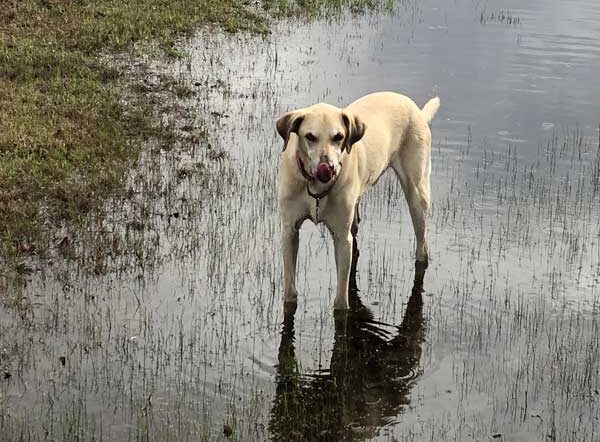 Could this be lepto? Part 2

Frequent itching in dogs is one of the most common dermatological issues seen by veterinarians. Left untreated, it can be distressing to pets and owners alike, and potentially lead to more serious health issues.
+ Learn More
We use cookies on our website to give you the most relevant experience by remembering your preferences and repeat visits. By clicking “Accept All”, you consent to the use of ALL the cookies. However, you may visit "Cookie Settings" to provide a controlled consent.
Cookie SettingsAccept All
Manage consent