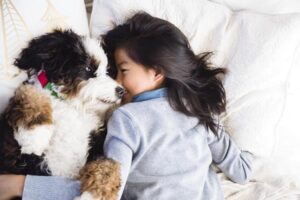 In fact, given a little extra time in the day, pet parents would rather hang out with their four-legged pals than do anything else.

That’s the conclusion of PetSmart Canada’s first-ever Pet Poll. Conducted by DART Insight, the nationwide survey of 1,600 dog and cat owners also revealed 46 percent of owners would prefer to spend a day with their pet than their spouse/partner.

“The results tell a story about the strong bonds we have with our pets, how we treat them like our family or best friend, and what we would do if we had more time with them,” said Andrew Kretz, senior manager marketing for PetSmart Canada.

The poll also revealed the following: