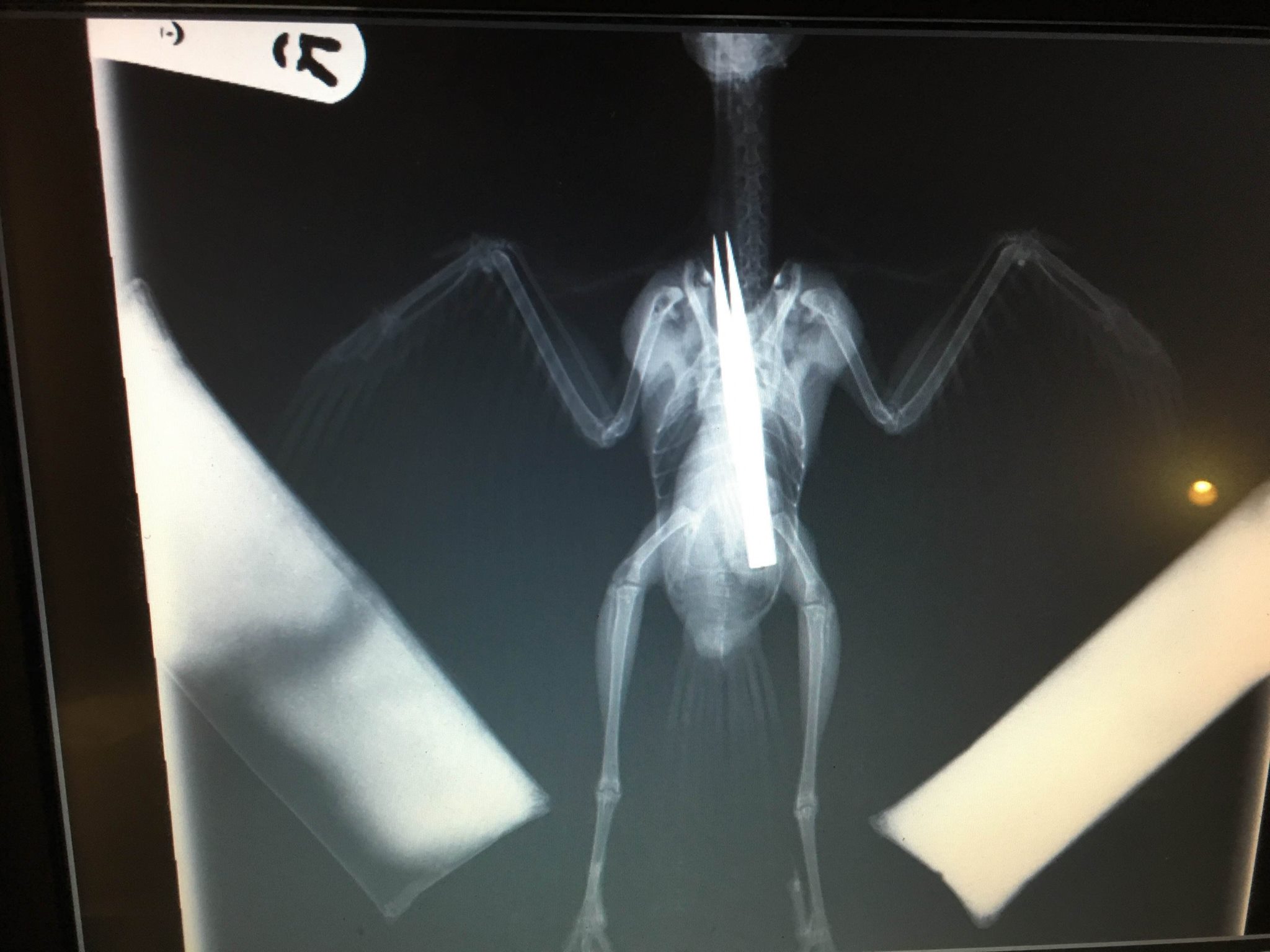 After a young jackdaw swallowed a pair of tweezers, he was taken to the RSPCA Stapeley Grange Wildlife Centre in Nantwich, Cheshire​, UK. The tweezers were so large, they almost took up the length of his body, as seen in a radiograph.

“When I saw the X-rays and the size of the tweezers he had swallowed, I thought there was absolutely no chance this poor jackdaw could survive,” said Wildlife Vet Dr. Bev Panto in a RSPCA press release.  “The tweezers stretched the whole length of his digestive system — right from his crop to his intestines and the sharp ends were piercing through his skin. But after a challenging and intricate surgery to remove the tweezers via his stomach, and a nail-biting hour watching him recover, he proved he was quite the little fighter.”

The jackdaw is doing great now, and eating well.

“He is hands down the most incredible case and recovery I have seen during my six years as a wildlife vet,” Dr Panto said. “How such a small bird can survive such a traumatic incident, and then undergo major surgery and appear fighting fit the next day, is quite incredible. Whilst he still has a long way to go, and lots of healing to do, he has amazed us all so far, and we are hopeful we will be able to see him through to release.”