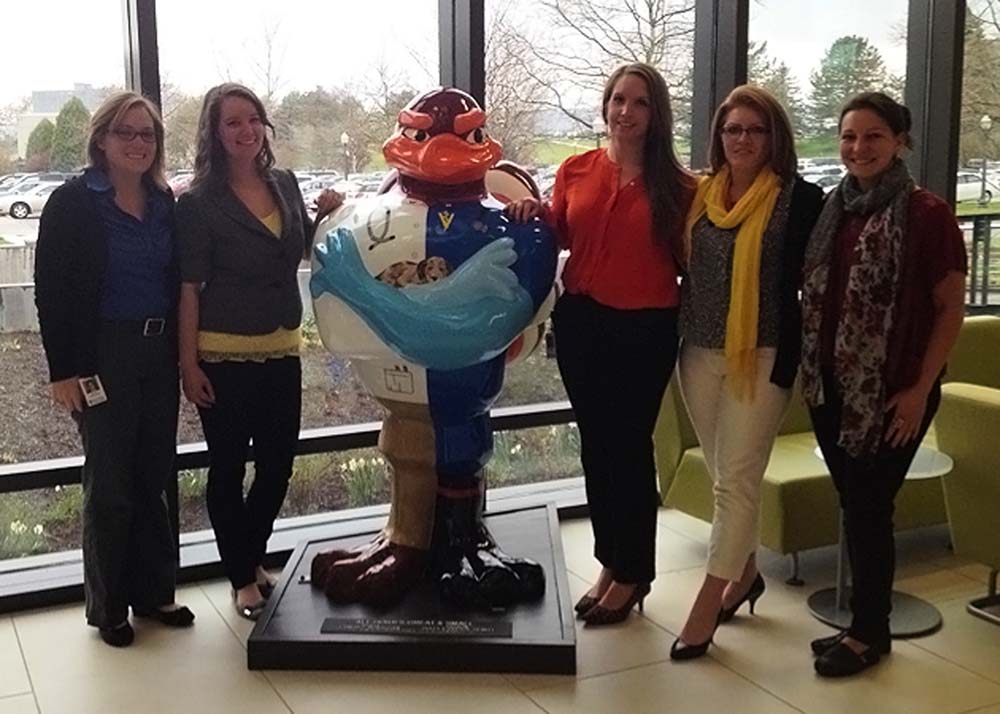 As part of an effort to help boost female leaders in veterinary medicine, a student group at the Virginia-Maryland Regional College of Veterinary Medicine held an “Impostors Panel” in May.

About 60 students, male and female, attended.

“[The panel name] refers to the idea of ‘impostor syndrome,’ where individuals, especially women, feel out of place taking up leadership roles and believe they don’t ‘measure up’ to others,” said third-year veterinary student Maria Romano, vice president of public relations for the student group. “The event was open to everyone and well received by both students and faculty members. Faculty members on the panel were so open and honest. They gave us insight not just as women in the veterinary profession, but also as leaders finding ways to manage their family obligations and professional responsibilities.”

The group, which formed this past April, is the student chapter of the Women’s Veterinary Leadership Development Initiative (WVLDI). The initiative has a national mission of supporting women in seeking and achieving leadership, policy and decision-making positions within all areas of professional veterinary activity.

While WLVDI has been in the works for the past year, student chapters are just starting to launch. In addition to Virginia-Maryland, Cornell University and Texas A&M also have student chapters.  Four more veterinary schools could see student chapters formed by this fall, according to WVLDI.

“The main reason we are doing this is to empower women,” Romano said. “We want women in veterinary school to know that they are not alone in the obstacles they face taking on leadership positions and the struggles they will continue to encounter as they navigate their respective careers. We’re focusing on the student experience, but our hope would be that the skills learned would transcend into the profession after graduation.”

“There are studies that indicate that having as few as 30 percent women on an executive board increases profitability,” said Schroeder, a dual degree DVM and Ph.D. student. “By promoting women’s leadership, everyone benefits. A rising tide elevates all ships.”

Talking about Impostor Syndrome seemed like a good introductory event for the group, Schroeder said. It was so well received that they plan on having an Impostors Panel every semester, she added.