And then there were two.

The Tufts University Cummings School of Veterinary Medicine has joined the Veterinary Medical College Application Service (VMCAS), which allows prospective DVM students to apply to multiple schools at once.

An AAVMC representative is scheduled to visit Tuskegee in December “so that we will be a part of the VMCAS application process that will benefit our potential students,” Dr. Perry said.

Texas A&M has no plans to abandon the statewide application service, said Kenita S. Rogers, DVM, MS, Dipl. ACVIM, the associate dean for professional programs. The College of Veterinary Medicine and Biomedical Sciences would use VMCAS, she said, “except for some unique circumstances,” including a limit of 10 out-of-state students in each 132-student class.

“This is a much lower number, both relative and absolute, than other veterinary colleges,” Dr. Rogers said. “As such, receiving several hundred additional applications for 10 spots from out-of-state students who are part of the national pool does not make as much sense. … Any out-of-state students who wish to apply to Texas A&M University submit the same application as all Texas residents.”

“The most valuable part of this service is for all the students, because they fill out a single application and then submit it to many different schools, and it saves them some time and effort,” Dr. Maccabe said. “The second thing is the information we gather about the applicant pool—the demographics, the academic measures, including grade-point average and GRE test scores.

“All of these things are extremely important as we monitor trends in the applicant pool.”

AAVMC is able to collect applicant data from Tuskegee and Texas A&M but has to enter the information by hand into spreadsheets, Maccabe said.

Tufts handled its own applications before opting to go in a new direction.

“We’ve been an active member of the AAVMC for about 40 years, so it just makes sense for us to use VMCAS,” said the school’s dean, Deborah Kochevar, DVM, Ph.D. “There’s not a better alternative in terms of far-reaching scope and focus.”

VMCAS collects, processes and submits application materials to a student’s selected schools. Applications fees are $195 for one school and $100 for each additional choice.

Tufts becomes the 28th of 30 U.S. veterinary medical colleges to use VMCAS. Also part of the service are two schools in Canada—Ontario Veterinary College and Atlantic Veterinary College—two in Scotland and one each in England, Ireland, Australia, Grenada, St. Kitts and New Zealand. 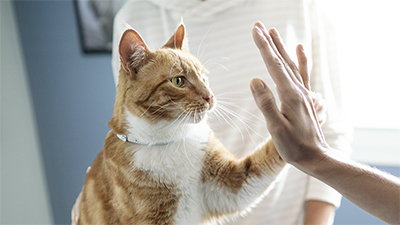