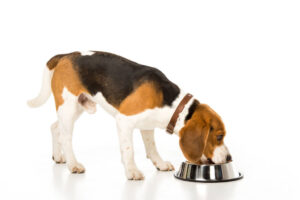 Last week brought a revealing announcement from the U.S. Food and Drug Administration (FDA). After frequent and persistent petitioning from veterinarians, veterinary nutritionists, and caregivers, the FDA finally released a list of the brands that have been linked to cases of diet-associated dilated cardiomyopathy (DCM). Since June 27, my inbox and social media sites have been blowing up with shares, retweets, and emails from concerned friends and family. The story was even picked up by major new outlets such as CNN and ABC, adding to the fervor.

But I’m conflicted about this report. On one hand, certain pet food manufacturers have taken a very cavalier approach to their diet’s role in this preventable and potentially deadly disease. Because only a relatively “small percentage” of dogs develop diet-associated DCM on their foods, they insist there is no problem, ignoring the overwhelming evidence to the contrary. On the other hand, the FDA’s report paints a broad stroke over specific brands and is being interpreted (at least by the concerned friends and owners I’ve talked to) as an indictment of all “grain-free” diets or of certain manufacturers, which is a less than helpful oversimplification of a complex problem. As I advised in my post last fall (and this bears repeating here), I would urge caution before panicking and rushing to change your dog’s or cat’s food without considering what to change to. By all means, if you are feeding a diet that has been associated with heart disease in other dogs, a change is warranted. But before jumping to another potentially problematic diet (just because it is not on the list), it is important to step back and look at what we know and don’t know to date.

Recap of the problem

In 2017, veterinary cardiologists began noticing an increased incidence of DCM in golden retrievers. This is a breed (along with other large-breed dogs) with an increased risk of DCM in general, but the number of cases and age at onset of disease was not typical. This prompted a closer look at potential contributing factors, and veterinary cardiologists then reached out to the larger veterinary community for information on other cases of unexpected or atypical DCM in any dog. Initially, the common thread was the feeding of a diet marketed as grain-free. Since that time, the FDA Center for Veterinary Medicine (FDA-CVM) and researchers at both Tufts University and University of California, Davis veterinary schools have been collecting data and working on finding a root cause of this potentially fatal disease. They have found that not only are veterinarians seeing cases of DCM in dogs fed diets marketed grain-free, but also in dogs eating diets using uncommon animal proteins (like kangaroo and bison, whether grain-inclusive or not) or are made by smaller manufacturers that may or may not be adequately formulating their diets for long-term feeding.

So what do we know?

Not all cases are taurine-deficient. Many of the dogs diagnosed with diet-associated DCM in the last two years had low taurine levels, but not all. Whether low or normal taurine levels are measured, most dogs if caught early have improvement in clinical signs and reversal of cardiac changes when their previous diet is stopped and taurine is supplemented.

Not all dogs eating grain-free diets are affected. There are an estimated 20 million dogs eating diets marketed as grain-free that include some combination of legumes (peas, lentils, chickpeas, pinto, etc.) or potato (sweet or white), or both, and only (only?) 515 reported cases of diet-associated DCM in dogs since 2017.

Dry dog food is the predominant type reported, but raw and home-cooked make the list, too. This probably has more to do with the relative popularity of these diet types, rather than some inherent risk/benefit of different food types.

Grain-free”is a marketing ploy and not based on any scientific or nutritional studies. There is no proven health benefit to avoiding grains in your dog’s diet unless they have a documented food allergy (which is actually very uncommon). Grains play a lot of roles in diet, and most of these roles are pretty helpful at optimizing health.

What don’t we know?

We don’t know the true scope of the problem. In people, underreporting of adverse drug effects is a well-known problem, with some reviews indicating that as high as 95 percent of adverse reactions go unreported. If this is also true for diet-associated DCM, this means the FDA could be hearing about only five percent of actual cases and the true number of affected could be closer to 10,000. It takes time to report a suspected adverse food event and veterinarian and caregivers may not realize the value of this reporting. Additionally, many owners may contact the pet food manufacturer if there is a problem, rather than the FDA, and assume the information is getting relayed to the government agency.

We don’t know where the problem is coming from. All grain-free diets are being targeted by media outlets and some enthusiastic pet “advocates,” but we don’t know if this is a problem with all grain-free diets (probably not), peas and legumes (maybe, especially at high amounts), and/or questionable formulations and manufacturing processes (probably, yes). When peas are included at relatively low levels in the diet (less than 20 percent of the total recipe) or as occasional treats, they do not appear to cause a problem. However, none of the diets from any of the brands on the FDA’s recent list have gone through controlled feeding and digestibility trials to prove they are safe and healthy for dogs at the level of legume inclusion in these diets, which can be more than 40 percent when all types and portions are added up.

We don’t know if this is an ingredient, dog, or manufacturer problem (or maybe all three). I suspect we will find peas and potatoes are not the problem when in the hands of experienced formulators and pet food manufacturers, and for the majority of dogs. The problem will be (like it was in the early 2000s with lamb meal and rice bran food) a failure of certain manufacturers to account for variation in ingredient quality, changes in digestibility with processing, and individual variation in the dog population. Do affected dogs have low taurine production? Do they have increased loss from their gut? Do they have normal production and gut handling, but a low total food intake and are just getting inadequate intake overall? Meeting minimum nutrient levels on paper is not enough. Pet food manufacturers must know or hire knowledgeable individuals with an understanding for how nutrient levels vary in the raw materials, how they are affected by other ingredients or nutrients in the mix, the effect of cooking (or lack of cooking) on nutrient stability and bioavailability, and the wide range of variability in genetics and food intakes in the dog population. Basing diet formulations on market trends, rather than nutritional science, is a recipe for disaster.

We don’t know if the percentages of the brands reported simply represent their popularity and market share or an underlying problem with these companies. Maybe the three most frequent brands reported are really no better or worse than the least frequent three brands—they are just better at marketing their diets so more people buy them. I don’t have access to those market insights to know whether this is true or not, but I bet these companies do.

At the end of the day, diet-associated DCM is a preventable condition, and manufacturers who are selling foods labeled as “complete and balanced” have an ethical and fiduciary obligation to meet that label promise. Having an idea about pet foods, being a dog trainer/breeder/owner, inheriting a family pet-food business, and/or writing a book about dogs and cats (even if it’s about food) does not qualify a person to know what it takes to keep a large population of dogs and cats healthy. There are no free passes because you didn’t know what you didn’t know, no matter the sincerity, especially if it ends up in disease and death.

Lisa P. Weeth, DVM, DACVN, is a veterinarian, board-certified veterinary nutritionist, lecturer, writer, and decent cook. She is on a mission to improve nutrition knowledge for everyone. This writer’s opinion does not necessarily reflect those of Veterinary Practice News.

4 thoughts on “What does FDA’s DCM alert mean?”