“At this time the family and staff has requested privacy as they struggle to handle this sudden and unexpected loss,” the statements read in part.

“My heart is broken, and I can’t even convey the huge loss of this champion for animals to the world,” Dr. Becker wrote on Yin’s Facebook page.

“She was a superb presenter, extremely generous, her thinking ahead of most of us, downright brilliant,” Dale wrote. “Her loss leaves a gaping hole. Each time we treat an animal with a bit more dignity and patience, [we] will honor her.”

John Ciribassi, DVM, Dipl. ACVB, the president of the American Veterinary Society of Animal Behavior, announced Yin’s passing to his organization “with a heavy heart.”

“Sophia brought the idea of compassionate training and communication with our pets to many of us in the field and to the public,” Dr. Ciribassi said. “She [was] instrumental in helping to counter those who were espousing aversive, punishment-based training techniques.”

Yin was a 1993 graduate of the University of California, Davis, School of Veterinary Medicine. After going into private practice and realizing that some of her patients had behavioral issues rather than medical problems, she returned to UC Davis to earn a master’s degree in animal science with an emphasis on animal behavior. She also taught animal behavior courses for five years in the UC Davis animal science department.

Out of that education and clinical experience emerged a prolific writer, speaker, peer educator and consultant. She wrote newspaper columns and served as a behavior expert on television shows such as Animal Planet’s “Dogs 101.” You May Also Like  Global nutritional group enriched with partnership

Among her written works were the books “How to Behave So Your Dog Behaves” and “Perfect Puppy in 7 Days: How to Start Your Puppy Off Right.” Her company, Cattledog Publishing, also produced a book and DVD titled “Low Stress Handling, Restraint and Behavior Modification of Dogs & Cats.”

Yin’s animal behavior philosophy started with food and consistent rewards as motivators. She criticized the use of inappropriate force or negative reinforcement.

“The animal may do what you want,” she said of harsh training methods, “but it’s because they’re fearful, and they’re not happy. And that is not what we want.”

Best-intentioned people sometimes lack an understanding of how to approach animals, she told Veterinary Practice News in a 2009 profile.

“If you went to a physical therapist and they just grabbed you and shoved you in a chair, you wouldn’t trust them,” Yin said. “And yes, that’s what we do with dogs and cats all the time.”

“It is with great sadness that we heard of Sophia Yin’s passing,” said Robin Ganzert, Ph.D., the president and CEO of the American Humane Association. “Dr. Yin was one of the greatest contributors in the animal behavior and training space. She will be greatly missed.”

“Over the course of several years, I had the good fortune to listen to Dr. Yin’s lectures in a variety of venues,” Dr. Cohn said. “I always came away enriched with knowledge and enthusiastic to give her techniques and suggestions a try.

“I believe that her life’s goal was always to help strengthen that special bond that exists between pets, their owners and their veterinarians. We have lost a giant and a true advocate for the veterinary profession.”

The director of the Clinical Animal Behavior Service at UC Davis said, “The veterinary and animal behavior communities lost a true champion for our pets.

“She was a strong advocate for positive-reinforcement training, but perhaps her greatest contribution was her visionary and tireless promotion of low-stress handling in veterinary clinics,” added Melissa Bain, DVM, MS, Dipl. ACVB, Dipl. ACAW.

“How I’d like to remember her is seeing her around town, walking her beloved dog, Jonesy, continually using the positive-reinforcement techniques that she promoted,” Bain said. “Jonesy would light up when she was working with him, which is how people would when they listened to her promoting force-free methods of training.”

“Dr. Sophia Yin was the first professor who I actually took seriously, because she pushed me to new heights and made me see the world differently,” Christine Bui wrote. “Sophia caught onto me and I to her as we connected on many different levels. She was my first employer and has remained a good friend, colleague and source of support throughout the eight years I’ve known her.

“Sophia, I’m sorry you won’t be with me physically at my DVM graduation this May, but I know you’ll be present and that you’re proud.”

Information about funeral arrangements and Yin’s family members was not immediately announced.

Learn more about Sophia's style in this video:

Learn more about Sophia Yin and her work here: 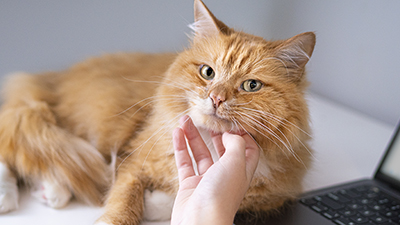 One recommendation away from better skin