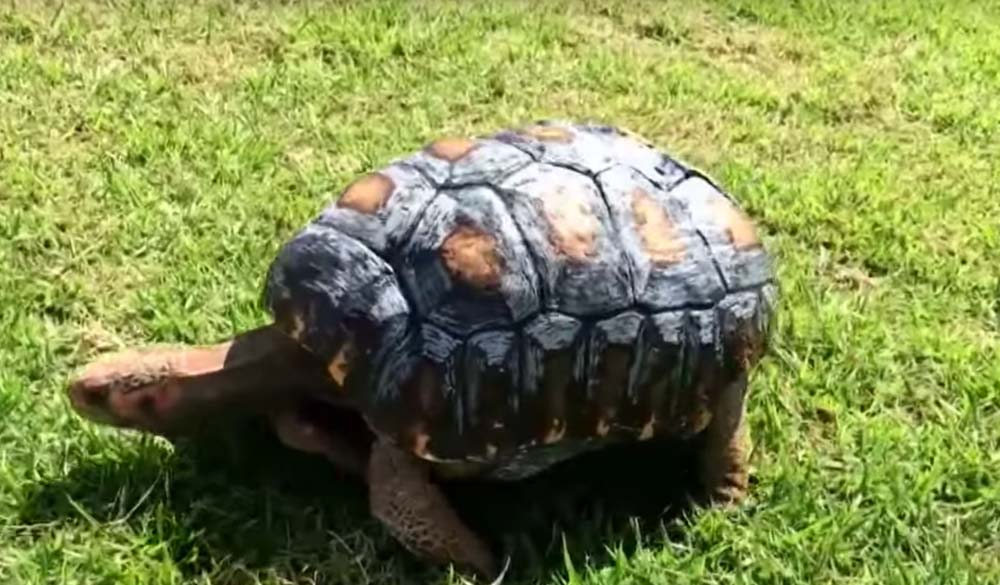 Freddy, a female tortoise in Brazil, was caught in a brush fire that burned away nearly all of her shell. Her odds of survival were dim, at least until The Animal Avengers, a group in Brazil, stepped in to save her by creating her a custom 3D-printed shell.

Who are Animal Avengers? According to their Generosity fundraising page: “We are a team of veterinary experts who volunteer our skills and services in a unique way to save the lives of injured animals by producing 3D-printed prosthetics.” The animal rescue group consists of four veterinarians — Roberto Fecchio, Rodrigo Rabello, Sergio Camargo and Matheus Rabello — a dental surgeon, Paul Miamoto, and a 3-D designer named Cicero Moraes.

So how did they create Freddy’s shell? According to ABC News:

“The 3-D designers took photographs of Freddy and a healthy tortoise and then used computer programming to design a custom prosthetic shell that was printed, layer by layer, by a 3-D printer. The prosthetic shell was then surgically attached to Freddy. An artist even hand-painted the outside of the shell so that it blended in with nature.”

Learn more about Freddy’s story in this Inside Edition story.