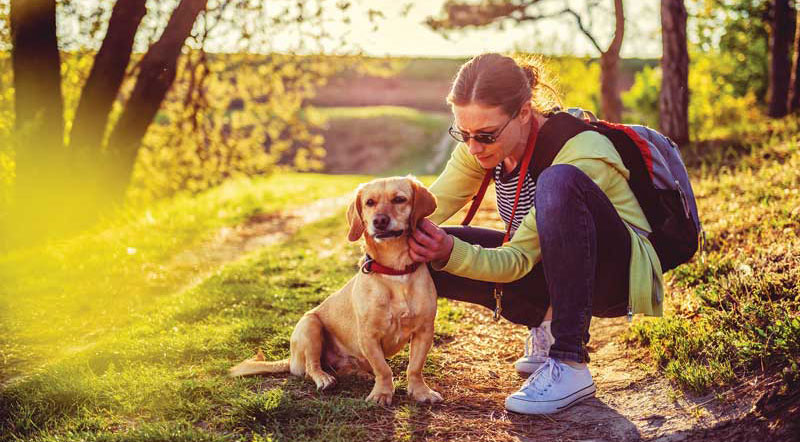 Rocky Mountain spotted fever (RMSF), caused by the tick-transmitted pathogen Rickettsia rickettsii, is a potentially deadly disease affecting both dogs and people. Recently, a new Rickettsia species was identified in dogs with clinical signs like RMSF.1

There are more than 25 species of SFGR species worldwide, transmitted by Dermacentor, Rhipicephalus, Haemaphysali, and Amblyomma tick species.3 Spotted fever group rickettsiae infect endothelial cells in mammalian hosts, with varying clinical disease depending on the Rickettsia species.4 Rickettsia rickettsii is the most virulent Rickettsia species in North America, causing RMSF. Without early antibiotic intervention, RMSF can lead to death. For dogs, R. rickettsii is the only known SFGR that causes clinical disease in North America (R. conorii causes a similar clinical disease in dogs in southern Europe).5

Much of the U.S. is considered endemic for the ticks that transmit R. rickettsii, which includes Dermacentor variabilis, D. andersoni, Rhipicephalus sanguineus, and Amblyomma americanum.3 Clinical signs of RMSF in dogs and people are similar and can include fever, lethargy, anorexia, and abnormalities related to vasculitis, such as hemorrhage, edema, neurological signs, and generalized or localized pain.3,5 Hematological changes often include thrombocytopenia, followed by leukopenia, followed by leukocytosis.

Several species of SFGR in the U.S. are linked to disease in people, but thus far appear to be minimally or non-pathogenic in dogs.6,7 In people, R. parkeri and R. philipii (Pacific Coast Fever) cause fever, headache, malaise, rash, and form eschars at the site of tick attachment.4 There is evidence dogs can also be infected with other SFGR, but little documentation of disease. A study in 2011 showed ~13 percent of 93 overtly healthy shelter dogs in Louisiana were infected with R. parkerii, determined by PCR.6 In Oklahoma, DNA from SFGR, R. montanensis and R. amblyommii, was PCR amplified from the blood of naïve dogs naturally exposed to ticks (90 percent A. americanum, and 10 percent Dermacentor variabilis, and A. maculatum).7 None of the dogs developed signs of illness and hematological abnormalities were not detected during the eight weeks of tick infestation.

Based on canine serosurveys, dogs in the U.S. have a relatively high seroprevalence to SFGR (~10 percent).8 Antibodies to most SFGR cross react with R. rickettsii antigen, so a single antibody test with moderate or low IFA titers does not necessarily indicate an exposure to or infection with R. rickettsii, but rather a SFGR species.

Typically, dogs infected with R. rickettsii will develop a fever and other symptoms associated with vasculitis. Serology is the most common testing modality used to diagnose rickettsiosis. Paired acute and convalescent titers (~ four weeks apart) may confirm an active infection if titers increase by four-fold or greater (seroconversion). Antibodies generated against other SFGR will cross-react with R. rickettsii antigen; however, in many cases, dogs do not seroconvert, and titers remain at low to moderate levels.

With R. rickettsii, seroconversion occurs, and titer levels typically increase to high levels several weeks after infection. PCR can detect rickettsiae from endothelial cells shed into the bloodstream. This occurs more commonly during the acute phase of infection; thus, Rickettsia PCR is most useful at the beginning of an infection. PCR amplification of rickettsiae can be difficult due to low pathogen loads in the blood.

Depending on the diagnostic test, PCR testing can identify the infecting Rickettsia species through sequence analysis or species-specific PCR tests. Because RMSF is a zoonotic disease, from a public health perspective, it is important to confirm an R. rickettsii infection in dogs and notify owners of their potential exposure to ticks transmitting this pathogen.

Dogs are great sentinels for tick-borne disease because they are in close contact with their owners, often sharing the same outdoor space.9 Due to transovarial and transstadial transmission of R. rickettsia,10 “hot spots” can occur, creating a concentrated area of R. rickettsii-infected tick vectors.

Rickettsia species in sick dogs in the U.S.

Up until recently, R. rickettsii was the only known SFGR in the U.S. linked to spotted fever group rickettsioses in dogs. Using Rickettsia PCR and DNA sequencing, the novel Rickettsia species was initially discovered in samples submitted to the NC State Vector-borne Disease Diagnostic Laboratory from three clinically ill dogs.

A published report on the novel Rickettsia, which has not yet been named, describes the clinical signs and analysis of amplified Rickettsia DNA from the three dogs.1 A multi-locus phylogenetic tree generated using five concatenated gene regions that were amplified and sequenced showed the new Rickettsia shares a common ancestor with SFGR, but is distinct, in that it does not share a clade (Figure 1, below). Sequence identity with other SFGR ranged between 94.7 and 96 percent. Subsequently, in 2020, the novel Rickettsia was diagnosed in four more clinically ill dogs. In all seven dogs, confirmation of infection with the novel Rickettsia was made by PCR amplification and sequencing of several gene targets.

Acute and convalescent titers were obtained from five of the seven dogs, where seroconversion was measured by R. rickettsii IFA. Convalescent titers ranged from 1:512 – 1:8192. The clinical signs and severity varied among the dogs, but all were febrile and thrombocytopenic, including the initial three dogs1 and the additional four dogs subsequently identified. Six dogs were known to be exposed to ticks per the owner history, but none of the ticks were identified. Most of the dogs were from the southern U.S. or had recently visited a southern state, and dogs were diagnosed in either the spring or summer season. Clinical recovery and PCR negative results were seen in most of the dogs treated with doxycycline.

Importance of a new Rickettsia species

Currently, R. rickettsii is considered the most virulent SFGR species in dogs and people in the U.S. Based on the recently reported canine cases, the novel Rickettsia appears to represent another SFGR that can cause canine rickettsiosis and underscores the importance of routine tick prevention in dogs. We do not fully understand the extent of disease it may cause or if it is zoonotic. We know this new Rickettsia is unique, based on phylogenetic and sequence comparison with other SFGR, and it appears to be transmitted by ticks in the southern and Midwestern U.S. Based on the few cases we have evaluated, this novel Rickettsia species is likely responsive to doxycycline, as is the case for most rickettisal pathogens.

Efforts to characterize the novel species

Additional studies are needed to determine the tick vectors, prevalence within North America, its geographical range, and if it is zoonotic. Although technically challenging, attempts are being made to culture the novel Rickettsia species from naturally infected canine blood samples submitted for diagnostic testing. Testing of ticks collected in states where canine cases were identified is underway, and collaborations with physicians in public health to test human samples have been established to investigate the potential for zoonosis. Once more is known about the organism, a name will be suggested.

Barbara Qurollo, DVM, MS, is an associate research professor at North Carolina State University College of Veterinary Medicine and codirects the Vector-borne Disease Diagnostic Laboratory at NC State. She obtained an MS degree in Microbiology from NC State and a DVM from Colorado State University before completing an internship in Emergency Medicine and Critical Care in Milwaukee, Wisc. Following her internship, she spent three years studying vector-borne diseases in companion animals as a Postdoctoral Research Scholar at NC State. Her research efforts focus on vector-borne disease in animals, specifically improved methods of detection and surveillance, understanding the epidemiological and clinicopathological effects in animals, and identification of emerging pathogens.