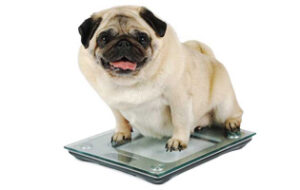 Pet obesity is on the rise, although really, that probably isn’t a surprise to most veterinarians since the number of conference sessions, scientific studies, and therapeutic diets addressing this issue are increasing exponentially.

“We’re not winning the war [on pet obesity],” said Julie Churchill, DVM, Ph.D., DACVN, an associate professor of veterinary nutrition with the University of Minnesota’s College of Veterinary Medicine. “We recognize there’s a problem, but we just haven’t been able to make an impact.”

The Association for Pet Obesity Prevention (APOP), which has been conducting annual pet obesity prevalence surveys since 2007, recently reported that 56 percent of dogs and 60 percent of cats were classified as overweight or obese, up from 54 percent and 59 percent, respectively, in the year-before period. These results indicate an estimated 50.2 million dogs and 56.5 million cats are above healthy weight, based on 2017 pet population projections provided by the American Pet Products Association.

That’s a lot of overweight and obese pets.

What’s especially disturbing is that dogs and cats are increasingly becoming clinically and morbidly obese, according to Ernie Ward, DVM, founder of APOP.

The answer: About 20 percent of dogs and 34 percent of cats are obese, according to APOP.

Given studies show that clinical obesity results in more secondary conditions like arthritis, kidney disease, some forms of cancer, and high blood pressure, treating such patients is imperative for these pets to lead quality, healthy lives. However, it’s prevention that’s really going to make a dent in the obesity epidemic, according to Dr. Churchill.

“I think pet owners don’t know what ‘healthy’ feels like or looks like,” she said. “The media shows roly-poly pets as an example of health. It’s become the norm.”

A monthly rib check, where owners lightly rub the back of their hand over the pet’s rib cage, is one way to detect weight changes, Churchill said. The owner should be able to feel the individual ribs. Having pet owners confident in conducting a monthly body conditioning score on their pets is a step in right direction, she added.

If veterinarians are doing it right, they should be giving food recommendations for every pet and adjust the diet strategy when needed based on age and/or health, according to Churchill.

As simple as this sounds, it’s not being done, according to the APOP study. In fact, 48 percent of pet owners stated that their veterinarian failed to recommend a maintenance or routine diet for their pet and 15 percent commented they “had to ask” to receive a pet food recommendation. Responses from veterinary professionals mirrored these findings: Only 50 percent of veterinarians surveyed said they offer maintenance pet food recommendations.

Recommendations should include an overall monitoring plan, specific food or foods, frequency, and portion size, according to Churchill

“One cup does not equal one Solo cup or a Big Gulp cup,” Dr. Hexter said. “It means a true 8-ounce cup.”

And a level one at that, he added.

“Reduced-calorie pet foods can be great, but how do you effectively deliver that in a multipet household?” Hexter asked. “Pet parents get frustrated. We tell them their pet is overweight, but they don’t have a way to feed their pet effectively.”

For instance, a dominant pet that is overweight may eat its food and then push other pets out of the way to eat their food.

Pet owners can purchase each unit for $289 through their veterinarian. (Veterinarians need to register their clinic at portionprorx.com/get-started.)

“We see this as a therapeutic medical device,” Hexter said. “Veterinary professionals need to be involved to explain how [PortionPro Rx] works and to make sure [pet owners] use it the correct way.”

For pet owners who want to incorporate a homemade diet into a weight loss or management regime, Churchill suggested they work with a veterinary nutritionist.

About 10 percent to 15 percent of Ward’s clients want to cook for their pet exclusively when they are undergoing a medical problem, such as kidney disease, diabetes, or obesity.

“We find they want to take [this aspect of pet health] into their own hands,” Ward said. “I think veterinarians need to embrace that.”

Sometimes it’s actually the processing of the food, combined with a particular dog’s genetics, microbiome, or hormones, that a therapeutic diet just won’t work, he said.

However, it’s harder to control portion size and calories with homemade diets, so pet owners need to be closely supervised, Ward said.

Dog walks are a common form of exercise; however, APOP points out that walking for weight loss is very different than walking for pleasure. The objective is to walk briskly, focused on the “out” leg of the walk and smelling the roses on the “back” leg. APOP recommends starting the activity with the “hard” effort first.

Exercise can come in many forms, including agility classes and trips to the local dog park. For cats, exercise can be in the form of environmental enrichments. Although with any new program, exercise should be introduced gradually, Churchill said.

If veterinarians focus on a couple of points in every appointment, they could completely transform the weight-management experience, according to Ward. 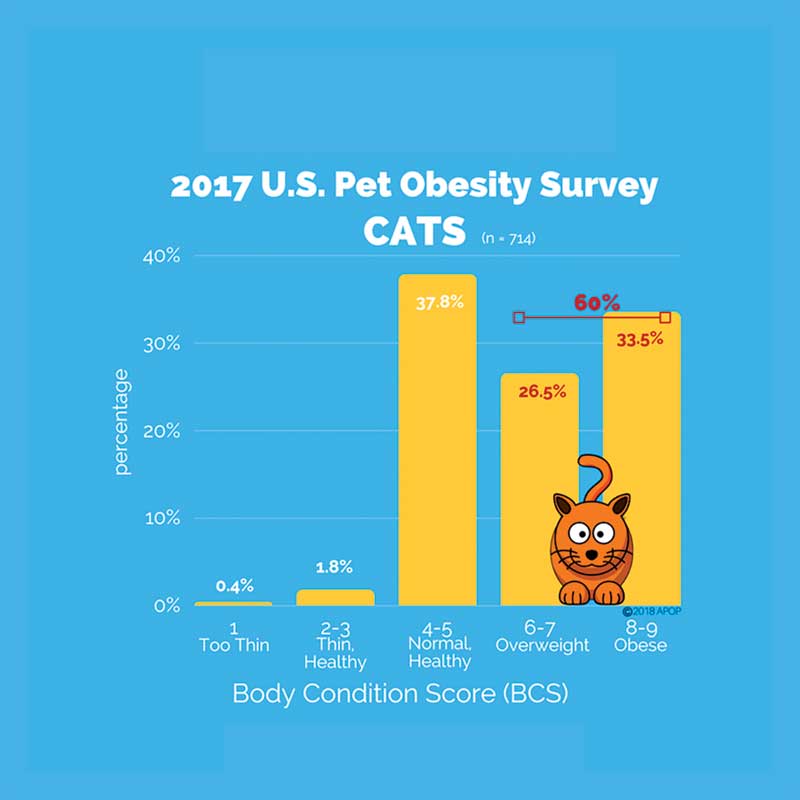 In one case, Ward discovered that a dog had three to four opportunities by lunchtime to get a treat. Add it up, and this dog is eating up to eight treats a day.

“That’s a problem,” he said. “[Open-ended questions] really don’t take much time, and the information I get is so valuable that it’s worth it. I’m a doctor. I’m supposed to prevent and treat diseases. If I can’t identify where they are making the mistake when it comes to overfeeding or under exercising, I can’t help them.”

Veterinary practices can find additional resources through the American Animal Hospital Association, such as weight-management guidelines, and the Pet Nutrition Alliance, which has nutritional calculators and ideas on how to create a nutritional plan.