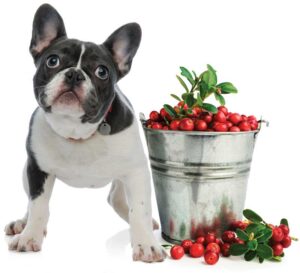 Like most herbal remedies, cranberry has traditionally been employed for a wide variety of unrelated problems, ranging from diseases of the liver and stomach to blood disorders and even cancer.1 These days, however, it is pretty firmly established in the minds of pet owners—and many veterinary professionals—as useful for urinary tract infections (UTIs). It may be surprising, then, to learn there is little convincing evidence to support the effectiveness of cranberry in preventing or treating UTI.

The question of whether cranberries, in some form, have value in treating or preventing UTIs is a pretty old one. In addition to historical claims among herbal medicine practitioners, there are scientific references on the subject going back to the 1960s.2 An early theoretical rationale for using cranberry to treat UTIs was it inhibited bacterial growth by acidifying the urine.3,4 However, later research has not substantiated this theory, and this rationale is no longer commonly used to explain the purported benefits of cranberry in preventing or treating a UTI.1,5

The more popular theory today is compounds in cranberry juice, particularly a group called proanthocyanidins, interfere with the attachment of some bacteria to the bladder mucosa, reducing colonization and the establishment of infection.6,7 This effect has been best demonstrated for fimbriated strains of E. coli.8 By this mechanism, cranberry could potentially be useful in managing UTIs associated with some strains of bacteria and not others. However, the specific strains of bacteria involved in UTI differ between species and between individual patient populations within species. Further, there is not yet sufficient research to definitively identify the extent to which an intervention targeted at fimbriate varieties, even if effective, would impact the incidence of UTI in small-animal veterinary patients.

What is the evidence?

The current proposed mechanism is plausible and supported by the results of in vitro and preclinical studies. There also is a large body of clinical trial research in humans using a variety of cranberry products in different patient populations. It is pretty clear from this research that cranberry is not an effective treatment for UTI in humans.8 There is, however, less clarity regarding the efficacy of cranberry products in preventing UTI.

The conclusions of numerous systematic reviews and meta-analyses evaluating the human clinical trial literature are variable.5,6,9–13 Some reviews claim a possible benefit in reducing the occurrence of UTIs. Others judge the evidence to be inconclusive or not supportive of a meaningful clinical effect. These different conclusions likely stem from heterogeneity in the clinical studies, including the great variety of forms and doses of cranberry extract used in different studies, differences between the cause and characteristics of UTIs in different populations (children, adult women, people with underlying bladder or immune system diseases, etc.), and differences in data analysis methods.6,9,12,14 Overall, the most we can conclude from the human clinical trial literature is that certain cranberry supplements may help with prevention of UTIs in some people, but the evidence is far from strong and consistent.

As in humans, there is some preclinical research in dogs and cats suggesting cranberry supplements might be useful for prevention of UTIs in certain cases.7 However, as always, there is far less clinical research evidence in actual patients. The very few clinical studies that have been done so far in dogs are mixed and have significant limitations (sorry, cat lovers, no clinical trials in this species have been published).15,16

For example, Chou et al. 2016 studied 12 dogs with a history of recurrent UTI. At the time of the study, the dogs did not have active UTI. Six were given two weeks of cephalexin, and the other six were given six months of daily cranberry supplement. None developed UTI during the study. There is no way to draw any conclusion at all from this study as to whether cranberry products can reduce the recurrence of UTI, despite the inappropriately confident assertion in the research report that the product tested was effective.

An in vitro aspect of the study by Chou et al. 2016 did show cranberry reduced adhesion of bacteria to canine kidney cells, though it did not inhibit bacterial growth. This does support the general theoretical mechanism proposed and demonstrated in the human literature. However, such preclinical research cannot demonstrate real-world efficacy in actual canine patients.

A much more well-controlled and clinically applicable study (Olby et al. 2017) looked at the effect of a cranberry product on the incidence of UTI in dogs with newly acquired intervertebral disk lesions and associated neurologic symptoms. Ninety-four dogs were randomly assigned to receive a commercial cranberry supplement or a placebo. Urine cultures were collected every two weeks for six weeks to detect bacteriuria and identify the organisms present.

Dogs on the supplement actually experienced more UTIs than those in the control group, though the difference was not statistically significant. There also was no difference between the groups in the proportion of infections caused by E. coli, undermining the theoretical argument that cranberry might be useful in preventing UTI due to its effects on this type of bacteria.

This high-quality study failed to find any evidence of benefit to patients in a clinically relevant model, and it provided some evidence against the theoretical rationale for using cranberry to reduce UTI incidence. Such results illustrate why well-designed clinical studies are vital to evaluating the real-world efficacy of medical treatments. Even a plausible theoretical mechanism supported by in vitro research cannot be relied on to demonstrate efficacy in actual patients, and we should be extremely cautious in making treatment recommendations in the absence of clinical trial evidence.

No clear and significant safety concerns have been seen with the particular cranberry supplements studied in clinical trials so far. Large amounts of cranberry have been shown to cause gastrointestinal discomfort in humans. There also may be some increased risk of oxalate urolithiasis in humans with long-term use. Overall, however, the risks appear to be small.8,17

Despite a plausible and well-demonstrated theoretical mechanism by which cranberry might prevent UTI, clinical trial evidence in humans has failed to find a consistent, meaningful benefit in most populations. Due to the heterogeneity of human clinical trials, it is unclear which patient populations, if any, might benefit or how significant any preventive effect of cranberry supplements might be.

There is minimal research evidence in small-animal veterinary patients. The studies done so far do not show any evidence of efficacy for cranberry products in the prevention of UTI in dogs. These studies also do not show any apparent harm from such products, though the risks seen in humans may only be evident with long-term use. At this point, further research is warranted, but any recommendation for the use of cranberry supplements should be accompanied by a clear disclosure there is not yet convincing evidence they have any meaningful benefit.