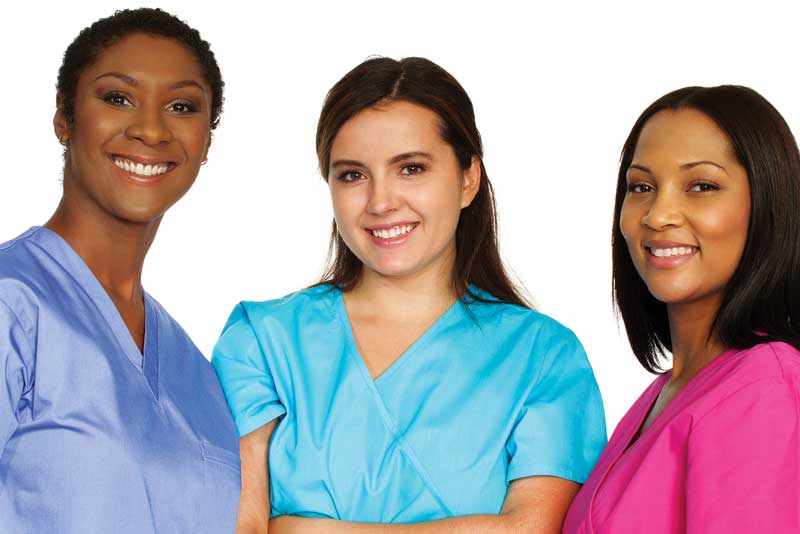 Veterinary medicine is no longer the whitest profession in the country. Speech pathologists and dental hygienists beat us out this time. Still, 90 percent white (down from 92 percent in 2013) is nothing to celebrate. As our country convulses anew over the ingrained effects of slavery, bigotry, and racism, the thoughtful veterinarian should probably question how these cultural forces affect our profession and what we should be doing to address its persistent homogeneity.

Risks and rewards of homogeneity

It can always be argued that, as in milk production, homogenization has its benefits. And it’s true—we’re somewhat more insulated against controversy, dissent, and unproductive infighting this way. But we’re also lacking in diversity of thoughts, opinions, interests, ideas, and experiences. Oh… and don’t forget the flavor. I mean, we’re really quite bland (as our conferences’ musical events continue to demonstrate).

As a consequence of our composition, veterinarians don’t argue much about race or diversity. We all seem to agree on one thing: Most of us appear to believe the ideal demographic composition of the veterinary profession should reflect the diversity of its entire community. We intuitively understand we can’t adequately serve a nation as diverse as ours without graduating veterinarians from all the communities it needs to serve.

It’s not just that we’re more subject to groupthink, confirmation bias, or deafness by echo chamber (though all are true of nondiverse workforces). It’s a lot to do with what we miss either because, A) we don’t know what we’re looking at and/or B) no one’s there to see it.

We miss opportunities when our underrepresented communities are underserved in rural areas or inner city veterinary deserts. It’s how we get reportable disease outbreaks on reservations, pet overpopulation in underrepresented neighborhoods, and abusive animal conditions in immigrant neighborhoods (typically more from lack of education, language disparities, and inadequate access to care than finances).

When we have no boots on the ground, we have no access to the intelligence required to solve major issues affecting those communities, including affordability. No surprise it’s deemed a hill too steep to climb. There’s no one there to give it a try.

Oh, and let’s not gloss over the concept of “death by cultural incompetence,” because treatment can only take you so far when you don’t understand a client’s language and culture. Fact is, pets’ living circumstances and their people’s culture often play a bigger role in how our patients fare than any of our prescribed regimens. And overworked clinicians sometimes just aren’t as motivated when there’s a language or cultural barrier. I’ve seen it countless times in my own practice.

We see these problems and––to our great credit––most of us recognize they’re worth addressing. Thing is, we never quite get around to addressing them in a systemic way. We beat back the fire, settle on a stop-gap solution, and then move on to something that affects the majority of us more. Sound familiar?

Perfect example: In 2013, when we last received lots of unwelcome media attention for being the whitest profession in America, the veterinary school at Tuskegee received a grant to boost black and brown enrollment. Great program, but a small number of persons of color graduating annually from only one institution isn’t going to solve the problem for us. It did, however, tone down our pre-Labor Day look. Tuskegee’s program bought us the two crucial percentage points required to let the hygienists out-white us.

So now that we’re no longer as overexposed, do we still care? If race hadn’t exploded as an issue this summer, would we even be discussing this?

Absolutely not. Diversity gets some lip service, for sure, but it’s clear we don’t consider it a “big enough” problem relative to our most critical issues. Sure, when compared to suicide prevention, everything looks kind of small. But it’s clearly every bit as crucial as student debt, affordability of care, and corporatization and consolidation, for example.

I mean, 90 percent—that’s an emergency! We are so out of touch with our nation’s population—and have been for so long—that we’re at high risk of misunderstanding, misreading, and definitely misserving our constituency. There’s no way we’re doing our job.

Yet, we’ve been at 92 percent and nothing exploded, so we figure why worry about it now? That’s the perennial problem when it comes to issues of diversity, whether it’s in national government, police departments, or veterinary medicine. Those in charge are disincentivized to change, more so given humanity’s historical aversion to power sharing.

It’s true the incredible whiteness of veterinary medicine’s economic engines has blinded us to the reality that our profession is based in public health and animal welfare, values we all agree must be distributed equally. But as Mr. Orwell tells us, some animals are more equal than others, effectively summarizing the U.S. veterinary industry’s inertia on who gets more of what in our society, including seats in veterinary school classrooms.

It all comes down to seats

And that’s where it starts to get political because no one wants anyone “less qualified” to take their spot just because he or she is originally from another part of the world, practices a different religion, speaks multiple languages, has a debilitating disease, has one or another chromosome combination, enjoys romantic relationships with members of their own gender, or otherwise possesses any other quality traditionally considered “irrelevant” to their ability to do the work and become a great veterinarian.

We’ve always called it “affirmative action” and most white people have continuously railed against it because it’s perceived as a zero-sum game, right? If anyone else wins, “we” automatically lose. Yet, it’s increasingly obvious the game has always been slanted in favor of the game-makers. And what’s “less qualified” about being multicultural and multilingual, anyway? All this and I can code-switch in three languages, too! What’s not valuable about that?

It’s not about “dumbing down” the standards. Never has been. It’s been about shifting priorities among the many variables we deem critical to achieving the veterinary profession’s wider vision.

(And by the way, I believe in “affirmative action” for men if it credibly addresses discrepancies in our ability to serve our constituency better. Diversity is not just a race thing—obviously. But that’s this feminist’s whole ’nother column, my friends.)

No, we’re not doing enough!

If you end up deciding to write my editor a letter challenging my opinions, make sure you claim we’re currently doing all we can because that’s where we truly diverge in our belief system. We’re absolutely not even meeting a minimum bar.

If we can’t recruit more paying customers from certain communities, reallocate some funds. Solicit donations from Latina veterinarians like me for a seat at my alma mater, lily-white Penn (among the least diverse schools, despite its location). Ask a VOC (i.e. veterinarian of color)—there’s no dearth of solutions out there, most of them successfully pioneered by our allied health professions.

And if all else fails, please introduce cultural competency coursework at conferences and in schools. Though stupendously limited, it’s something. If anything else, it’ll help control cultural euthanasia. (I have stories!)

Make no mistake, if there’s no palpable diversity in this profession soon, I can promise you one thing: veterinary medicine will continue to go to the Doodles.