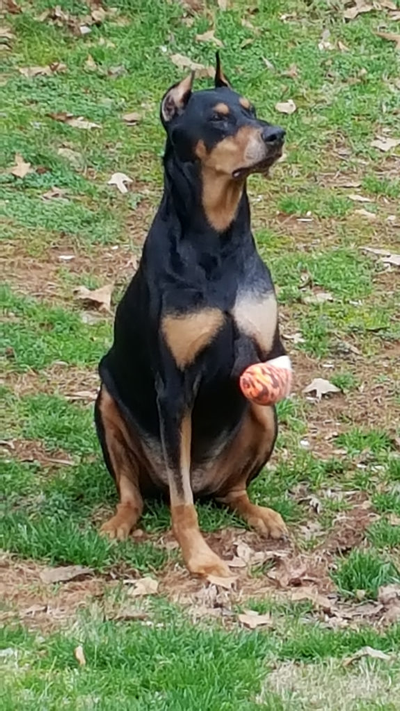 When an 8-year-old Doberman named Abel was diagnosed with a cancerous tumor on his leg, his owners had one goal: To get him a prosthetic leg after his leg was removed.

“We know Abel’s demeanor,” said Mike Batchelor, Abel’s owner. “We could not see putting him on three legs for the rest of his life.”

Abel was treated at BluePearl Veterinary Partners hospital, by board-certified Lori MacDougall, DVM. Dr. MacDougall was initially concerned about giving Abel a prosthetic replacement, as it could cause complications. However, moved by the owners’ insistence, she agreed. It’s a decision she hasn’t regretted. Abel has made amazing progress since his surgery.

“He looks like a happy dog,” MacDougall said. “He’s adapted to his new leg very well.”

According to a BluePearl press release:

The leg was custom-made by Derrick Campana, the president of Animal Ortho Care [in Sterling, Va.], which makes about 200 prosthetics each month for pets. Campana said Abel’s leg had to be specially designed because he is so large and active. Called a ‘spring foot,’ the prosthetic helps reduce the strain on a dog’s joints.

It took a couple of tries, but they finally got a good fit. It didn’t hurt that Barbara Batchelor, Mike’s wife and Abel’s co-owner, works for a company that makes human prosthetics.

Dr. Jill Bailey of GVR worked with the Batchelors to help Abel build the muscles he needs to use his new leg. She said she was impressed by their dedication to their beloved dog.

‘I think Abel’s owners deserve a lot of credit for continuing to work with their dog,’ she said.”

Abel is doing great. He has trouble with stairs, but he loves to play still. When he’s wearing his prosthetic, he acts like he did before his diagnosis, according to his owner.