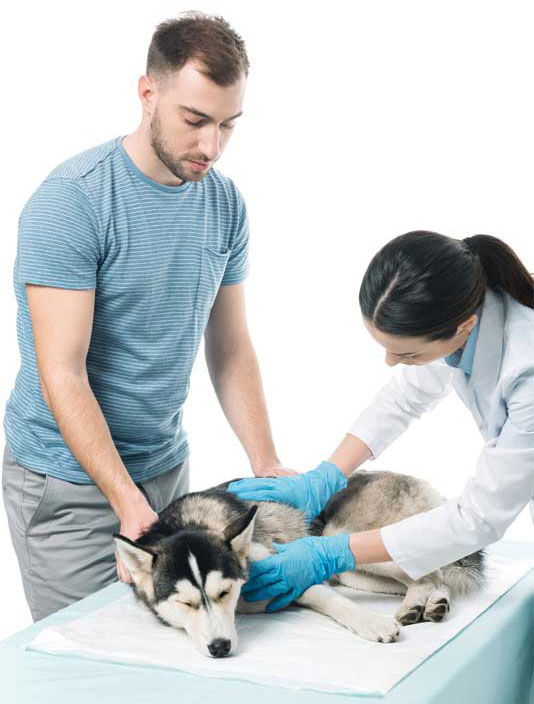 Seizures are a clinical manifestation of abnormal neuronal activity in the brain. The signs and/or symptoms of a seizure can vary greatly depending on the affected area(s). Epilepsy can have many causes. Based on the type of seizure, seizure pattern, patient information, neurological examination, and results of diagnostics, patients are divided into four categories:

When a patient presents with seizures as the first occurrence, the following should be done:

A patient presenting in status epilepticus or a cluster (three or more seizures in 24 hours) is considered an emergency. Here are some dos and don’ts when such a case arises:

Genetic (i.e. idiopathic, primary, essential) epilepsy is a clinical diagnosis based on the following criteria:

Numerous breeds are reported to have genetic epilepsy. (Once again, various reference texts are available listing affected breeds.) The following are examples of cases that should be worked up further when presenting with seizures:

The following breeds are notoriously bad epileptics and difficult to treat:

When to start treatment?

There is no “recipe” per se for each patient presenting with seizures. In fact, there are many factors to consider when determining a treatment plan, such as age, breed, underlying cause of seizures (when present), concurrent medical conditions and medications, cost, side effects, and owner compliance. Each epileptic is different and the drug(s) chosen depends on numerous considerations.

Have you heard of the saying, “Practice makes perfect?” This, unfortunately, holds true for seizures. With recurrent seizure activity, the number of “pacemaker cells” (i.e. neurons with an intrinsic pattern of spontaneous firing activity) increases in the epileptic focus. In experimental models, a greater number of pacemaker cells correlates with more seizures. As well, other areas in the brain can develop the ability to initiate seizures, increasing the number of epileptic foci that can randomly and spontaneously generate a seizure. Additional neural circuits are recruited and can change the brain’s ability to limit seizures, which means they can become more frequent and severe over time. Once the kindling effects have developed, successful management of these patients can be difficult and frustrating. This concept is why treatment should not be delayed, and if seizures are not responding, more aggressive management is required. In other words, don’t wait to start appropriate treatment.

The ultimate goal of epilepsy treatment is to get the patient seizure-free; however, this does not happen in the majority of cases. As such, we should instead aim to reduce frequency of seizures as much as possible to an “acceptable” occurrence, although this will depend on each case. My ideal would be considered one seizure every two to three months (or less) and one seizure per occurrence versus a cluster. In addition to reducing seizure frequency, other goals are to minimize side effects of medication and to preserve the best quality of life possible.

Phenobarbital is an excellent drug when used properly, as it works well and is inexpensive. Counsel your clients on the side effects and what to expect. Compliance issues are usually due to lack of counseling and guidance through the initial few weeks of adaptation. Monitor these patients so you can intervene if a problem develops. Hepatotoxicity is rare and more likely to develop when serum levels are maintained above 150 umol/L (35 mg/L). Liver values should be monitored regularly. Alkaline phosphatase (ALP) will increase and this is considered a normal finding. ALP can increase up to 10 times the high end of normal by five to nine weeks after starting treatment. If alanine aminotransferase (ALT) increases or if albumin decreases, this should indicate cause for concern. Liver function should be evaluated via bile acids and abdominal ultrasound. It also may be beneficial to rule out structural liver disease or other cause of hypoalbuminemia.

The following is the interpretation of phenobarbital serum:

Don’t be afraid to use phenobarbital—start treatment early for best results. Delaying treatment until seizures occur once a month is not recommended. If seizures remain frequent despite ideal phenobarbital serum levels, don’t just keep increasing the dose. If this drug is not working, add another medication. Polypharmacy can have great benefits. And don’t forget phenobarbital increases appetite and leads to weight gain, so start a weight management plan as soon as the drug is administered to help prevent problems down the road.

Many neurologists believe idiopathic epilepsy does not exist in cats. Therefore, any cat with seizures should be worked up for an underlying cause. Focal seizures are common in cats and can go unnoticed, even over many years. Cats are not small dogs and can be difficult to medicate. As such, compounding medication may be required for accurate dosing. Oral daily diazepam was used commonly in the past; however, with the availability of safer and more effective drugs, this medication is no longer recommended for daily use to treat seizures.

Phenobarbital is considered the first-line medication to treat both focal and generalized seizures in cats. Side effects are generally related to sedation and ataxia. Hepatotoxicity is not observed in this species. Serum levels should be monitored to adjust dose. While the dose is the same as in dogs (i.e. 2.5 mg/kg q12), giving 7.5 mg in the morning and 15 mg in the evening is adequate for most cats.

As in dogs, levetiracetam can be used for focal or generalized seizures. One clinical study demonstrated this drug is an effective add-on medication to treat seizures in cats that are not responding to phenobarbital. However, further studies are needed to evaluate this medication as a first-line drug. While this drug is very well-tolerated, it can be difficult to administer three times daily for many clients. The dose is similar to dogs at 20 mg/kg q8hours; however, many patients will respond well to q12hour dosing, despite the short half-life.

There are currently no studies evaluating gabapentin as a treatment for seizures in cats, yet some reports exist of this drug used successfully for analgesia. As in dogs, gabapentin appears to be well-tolerated in cats and may be beneficial in cases refractory to other medications. Further studies are needed to evaluate this drug’s efficacy and indications for use. Dose is again similar to dogs at 10 mg/kg q8-12 hours.

Previously, diazepam was considered a first-line drug to treat seizures in cats; however, this is no longer the case. In addition to the risk of fulminant hepatic necrosis, diazepam can be associated with significant sedative effects. Given these facts and the availability of more appropriate choices, this medication is no longer recommended for oral daily treatment of seizures in cats.

Potassium bromide is not an effective anti-seizure medication in cats. In addition, approximately 35 to 42 percent of cats develop allergic pneumonitis that can be fatal. As such, this medication should not be used in cats.

Epilepsy is common in dogs and cats, and shouldn’t be a scary topic. Develop a routine when presented with a patient having seizures, so you are complete and thorough in your examination. Knowing your patient and what you are treating ensures the best care. When in doubt or feeling overwhelmed, find a local neurologist to call or refer. That’s what we are here for.

(g) KBr has a half-life that is too long (15 to 20 days) and will reach steady state in three months, but there are exceptions.

(h) Plumb’s Veterinary Drug Handbook reports phenobarbital 16-20 mg/kg IV as loading dose. However, in my opinion and my mentor’s, this is too much to administer as one dose. Instead, it can be given divided.

(i) Diazepam adsorbs to plastic. Therefore, keep in glass and protect from light.

Andrea Finnen, DVM, DES, MSc, Dip ACVIM (neurology), received her DVM from the Ontario Veterinary College (OVC) in Guelph, Ont., Canada, in 2006. After obtaining her degree, Dr. Finnen stayed on at OVC for a one-year rotating internship in medicine and surgery. She then did a three-year residency in medical neurology at the University of Montreal in Quebec, Canada. During her residency program, Finnen completed a master’s degree in large-animal neurology and became bilingual. In 2010, she became a diplomate of the American College of Veterinary Internal Medicine (ACVIM) in the specialty of neurology. Finnen is an avid horseback rider and is active in competition on the “A” circuit with her horse, Javari K. She is the only board-certified neurologist offering consultations for large-animal neurological cases on farms in Ontario.