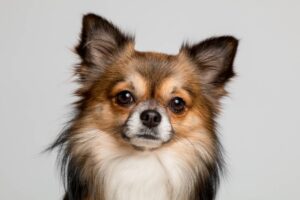 The U.S. Food and Drug Administration (FDA) is proposing a study to help establish a non-animal-based model to potentially replace the need to use dogs in future trials with new informatics tools.

The administration says it will conduct one study involving a small number of dogs—where they will only be subject to minimally invasive blood sampling—to eliminate the need for the use of dogs in certain types of future studies, some in which they might even be euthanized.

Before approving an animal drug, the FDA must have data to understand how a drug behaves in an animal’s body. As one part of generating the data, animal drug developers perform bioequivalence studies, which compare pharmaceutical products (i.e. an original approved product and proposed generic version) to see if they are similar enough to link them in terms of safety and effectiveness.

The aim is to validate a research model for the comparison of blood levels of certain orally administered canine drugs, to provide an alternative approach animal drug developers can use to generate data needed to support the FDA’s approval of these types of drugs, without the use of dogs during the research process.

The study would compare the bioequivalence of tablets containing both locally and systemically acting antiparasitic drugs already widely used in dogs and well-tolerated.

The proposed study would place dogs into three groups and, over the course of several months, they will receive a total of three pills. After each pill is administered, researchers will draw a small amount of blood from the dogs at specified intervals to measure the concentration of the drugs in the blood and compare them against existing data for these products. No dogs would be euthanized.

By using the data generated from these blood tests to establish a clear benchmark for how these drugs are absorbed in the dogs’ blood, the FDA expects to be able to use the data to develop informatics tools that can model the absorption of drugs in the future, rather than requiring the drugs to be tested on live dogs.

The dogs will receive regular veterinary care, including vaccinations and other preventive care, so they remain happy, well-socialized, and healthy. At the conclusion of the study, the dogs will be retired for adoption as pets.