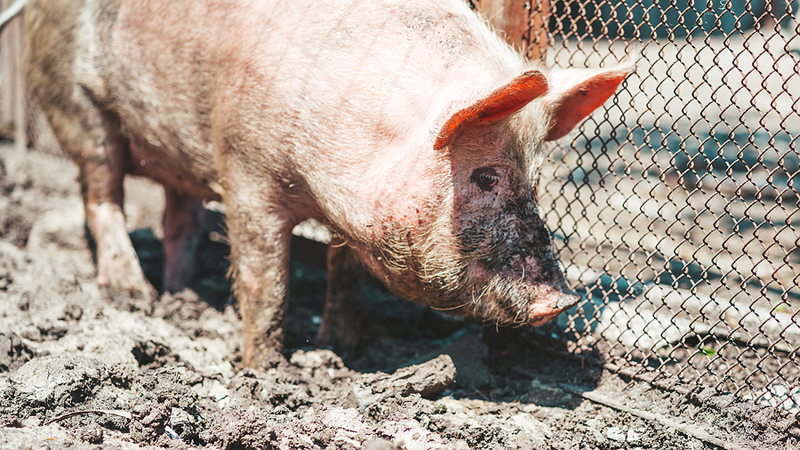 Feed additives might be the key to controlling a rapidly spreading animal virus that is killing the world’s pig population and threatening human food security.

This is according to a newly published study out of Kansas State University (KState). The research, led by Megan Niederwerder, DVM, PhD, assistant professor of diagnostic medicine and pathobiology in the university’s College of Veterinary Medicine, explores how antiviral chemical additives in food can help mitigate risk of African swine fever (ASF) transmission.

The findings, Dr. Niederwerder says, could be a game-changer for the global swine industry.

“Over the last two years, ASF is estimated to be responsible for the death of at least 25 percent of the world’s pig population due to the emergence of the virus within China and subsequent spread to over 10 other Asian countries,” she says. “In 2019, we published the first report of African swine fever virus (ASFV) transmission through the natural consumption of plant-based feed. Our subsequent work has focused on mitigation of ASFV in feed through the use of chemical feed additives and heat treatment.”

At this time, there are no commercially available vaccines or effective treatments to cure the disease caused by the virus, Niederwerder says. Thus, control of ASF instead focuses on biosecurity measures to prevent the introduction of the virus into negative countries or negative farms and regions within a positive country. Additionally, large-scale culling of infected or high-risk animals is used to contain the spread of ASFV.

Niederwerder’s team examined two different classes of liquid feed additives, including a medium-chain fatty acid-based additive and a formaldehyde-based additive, for efficacy against ASFV in cell culture and in feed ingredients, KState says. In general, both demonstrated evidence of reducing the virus infectivity, with data supporting dose-dependent efficacy.

While feed additives have historically been used to reduce the risk of bacterial contamination in feed, research thus far has not reported efficacy for the inactivation of African swine fever virus in feed ingredients, KState says.

“Our new research reports novel data evaluating the efficacy of feed additives on inactivating ASFV in an in vitro cell culture model and a feed ingredient transoceanic shipment model,” Niederwerder says. “This will provide valuable information to the swine industry with regard to mitigating the risk of potential routes for introduction and transmission of ASFV through feed and ingredients.”

While the results of the study are promising, she stresses the need for a multifaceted approach to reducing the risk of ASFV in feed, including sourcing ingredients from countries without the virus when possible and implementing consistent biosecurity protocols at feed mills.

“Mitigating the risk of African swine fever virus in feed with antiviral chemical additives,” which was funded by a grant from the Swine Health Information Center and the State of Kansas National Bio and Agro-defense Facility Fund, has been published in Transboundary and Emerging Diseases.