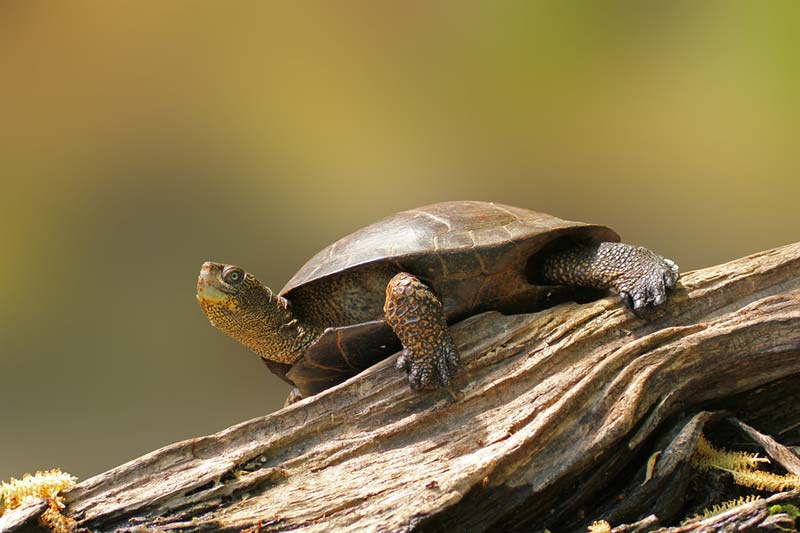 Researchers at the University of Illinois have identified a new fungus that could be linked to ulcerative shell disease in freshwater turtles.

Funded by Morris Animal Foundation, the research looked at turtles and found the newly identified genus, Emydomyces testavorans, present in the shell lesions of the reptiles that had the disease.

“Classifying the fungus is an important first step, and it allows us to answer some pretty big questions, like how it spreads and what role it plays in the disease,” says Karen Terio, DVM, PhD, Diplomate ACVP, chief of the university’s zoological pathology program. “The better we understand this fungus, the more veterinarians and wildlife biologists can develop health management strategies for impacted turtles.”

Ulcerative shell disease begins on the surface of a turtle’s shell. Once established, lesions gradually eat away at the shell, which exposes the turtle to infections, before moving down through the bone.

Researchers initially believed the fungus belonged to the Nannizziopsis species, which is a well-known pathogen of reptiles. However, tests that examined fungal samples from 70 individual turtles of various species, both live and deceased, demonstrated the fungus was taxonomically, genetically, and morphologically different enough to warrant its own new genus and species.

Further, the research team developed a polymerase chain reaction (PCR) technique veterinarians can use to rapidly detect the fungus in turtles, whereby a shell lesion is scraped. Researchers are then able to extract DNA and test specifically for Emydomyces testavorans.

The process takes 48 hours, compared to weeks when using a standard culture method.

“This is great news on how to combat a potential emerging disease, to not only identify a new fungus, but be able to quickly diagnose patients,” says the foundation’s chief scientific officer, Janet Patterson-Kane, BVSc, PhD, FRCVS. “Now that we have a clearer picture of what could be causing this terrible disease, we can move on to testing treatments and learning more about the organism itself.”

The fungus was first identified in turtles in zoos, but has since been found in multiple wild populations, including the Western pond turtle, a vulnerable species found in the Pacific Northwest. Further investigation is needed to determine if it is present in other populations of wild turtles.

The disease itself was first identified in 2011. Photos and records, however, reveal shells with similar lesions as far back as 2003, which suggests it may be a previously unrecognized cause of shell disease in turtles.