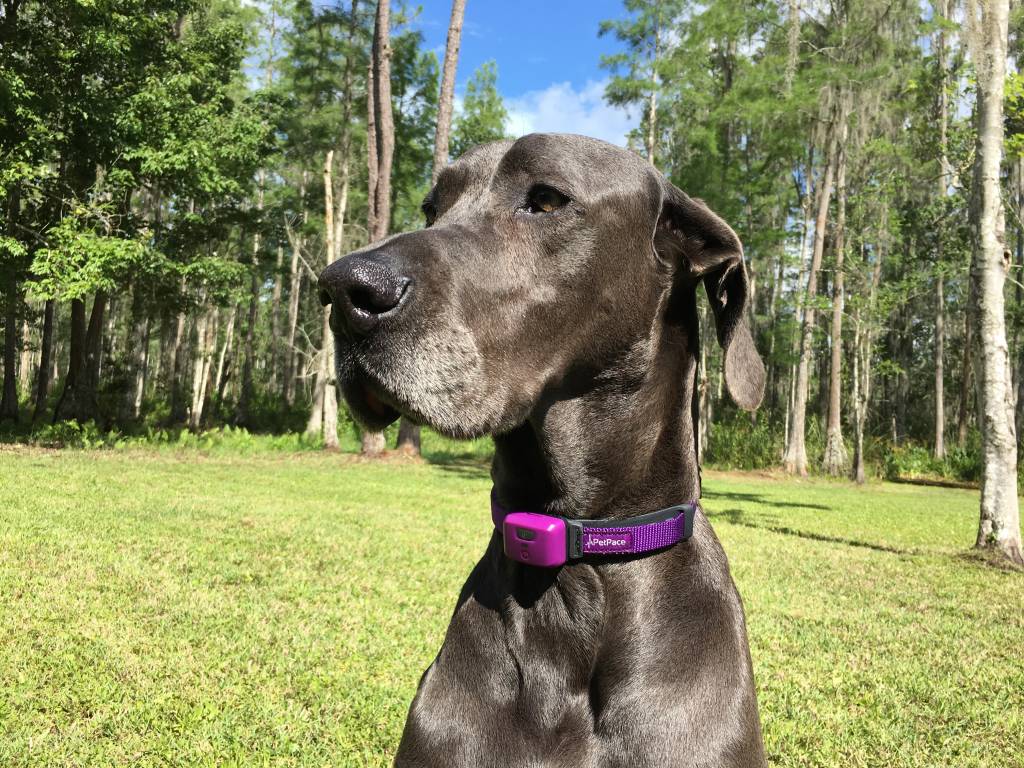 A cat visits the litterbox more often and for a longer duration than normal. A dog makes extra visits to the water bowl and is up and down a bit more often than usual.

A pet owner may have a hard time discerning such subtle changes in behavior, but a veterinarian, alerted to the altered behaviors, may see a possible urinary tract infection, diabetes, renal failure, or other issues.

Thanks to wearable technology, pet owners and veterinarians can easily detect changes that may indicate the presence of an emerging disease.

This new tech is paving the way for healthier pets and for more empowered veterinarians, according to James Andrews, BVM&S, MBA, MRCVS.

“I think we’re going to see it become more prominent in the pet-owning community and also in veterinary practice because we as veterinarians want to gather as much information about a pet’s health status as possible,” Dr. Andrews said.

Andrews is co-founder of Felcana, a U.K.-based digital pet health center that provides continuous monitoring, telemedicine services, and health treatments. He views wearables and other similar connected technology as being helpful for the health of pets across the board, from young to old.

“Ultimately you can gather a lot of data from that dog or cat,” he said. “That information is accurate to a large extent and is tracked continuously. You can use that information to give you a baseline for normal for an animal and use that baseline to identify when something unusual is happening.”

“Wearable technologies extend the veterinarian’s reach beyond the walls of their practice by allowing them to see the impact of their treatment recommendations 24/7,” said Joe Young, chief operating officer of AGL, maker of Vetrax, a wearable capable of monitoring treatment protocols for pets being treated for various conditions, including osteoarthritis, dermatitis, obesity, and other common conditions that afflict large numbers of geriatric dogs. “Wearables provide a source of objective insights into the pet’s condition, which can augment what the healthcare team observes during brief office visits, and what the pet owners can provide.”

Vetrax also is being used to help pet owners keep their pets active as a part of weight-loss programs that include a metabolic diet, Young said.

“We definitely see wearable technology use in the pet market growing in the years ahead,” Young added. “These devices give the pet the opportunity to communicate critical information and objective results to their healthcare team and their owners as they manage disease or seek the highest quality of care for their pets.” 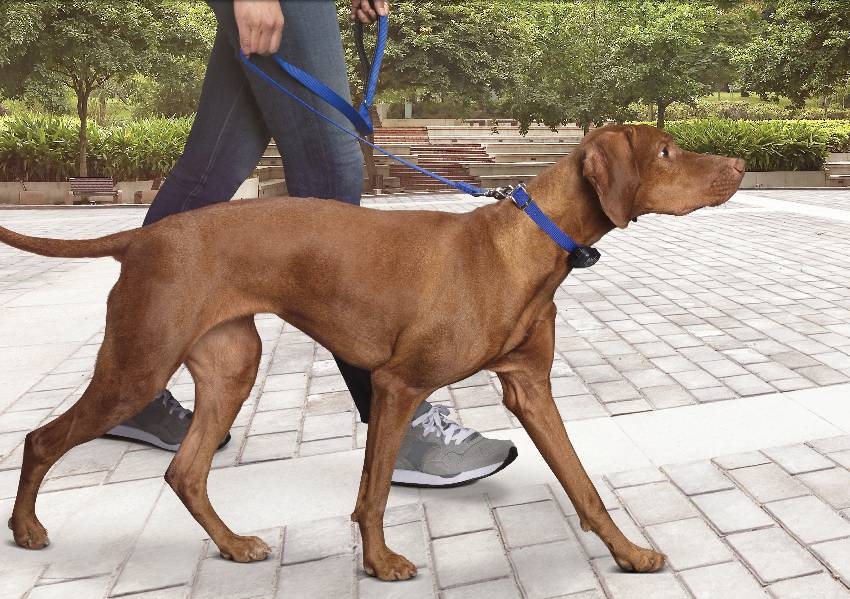 Evidently, the consumer community has been buying into wearable technology for pets for quite some time.

According to a recent report from Grand View Research, the global pet wearable market was estimated to have reached $1.07 billion by 2016. The report combines radio frequency identification, GPS, and sensors into the market estimate.

“The industry has witnessed considerable growth owing to the increasing awareness among the owners about pet well-being,” the report stated. “Moreover, increasing attachment of owners with their pets for companionship, entertainment, fitness, and mental well-being has resulted in more spending by them on their companion than earlier, which is anticipated to further boost the market growth.”

Wearable tech will play an increasingly vital role in transmitting information about pet health metrics to veterinarians and owners, according to the report.

“In coming years, the combination of wearable devices, mobile application, and data analytics technology can be a mainstream option for the value-based care,” the report stated. “Some pet wearable companies are also providing cloud-based data analytics services along with their products, which can help veterinarians to diagnose and treat pets by providing valuable clinical information for real-time decision making.”

One caveat to buying too much into what wearables can and are doing, the report noted, is that high power consumption and short battery life of wearables are reducing potential usage, something that may pose a challenge to the industry’s growth prospects, while the high cost of wearable devices “is a major challenge that is presumed to hamper market growth in the recent future.”

Wearable technology is useful across the board for pets, according to Amanda Landis-Hanna, DVM, senior manager of veterinary outreach for PetSmart Charities.

However, Dr. Landis-Hanna, who has provided consulting services to the veterinary industry on technology, and was formerly the director of veterinary medicine for Voyce, a networked collaboration to promote veterinary medical technology and monitoring, offered a few reasons wearables may be particularly helpful for senior patients.

Pet patients are more likely to experience health changes that may go unnoticed or misdiagnosed by pet owners as part of what they feel is “normal aging,” she said.

These senior patients may undergo mild changes that can accumulate over time and go unnoticed by a pet owner but may be identified by a clinician during an annual exam, she added.

“Wearable technology provides supplemental baseline information about a patient, which can provide peace of mind to a pet parent and a clinician in addition to early indicators and early warning signs,” she said.

Asaf Dagan, DVM, DABVP, CVA, LLB, is the chief veterinary scientist for PetPace LTD, the Burlington, Mass.-based maker of the wireless PetPace smart collar, which features an array of sensors that continuously monitor dogs or cats over 8 pounds in-clinic or at home.

“Older pets are at higher risk of developing chronic conditions such as kidney failure, heart disease, painful joints, cancer, cognitive decline, etc.,” Dr. Dagan said. “Early detection of these conditions is crucial because it will not only prevent unnecessary pain and suffering to the pet, but it also has the potential to improve medical outcomes through early intervention. Monitoring key health and behavior attributes through a wearable device will highlight early deviations from routine values, indicating early stages of medical conditions and prompting an appropriate visit to the vet.”

The use of wearable sensor technology to watch a pet’s behavior 24/7/365 has been found to be helpful by veterinarians in monitoring a range of health issues like allergies, skin conditions, and weight management, according to an online survey of 94 clinicians who had used the Vetrax technology in a recent promotion sponsored by Hill’s Pet Nutrition.

The Vetrax wearable sensor, which is worn on a dog’s collar, enables clinicians and pet owners to monitor aspects of an animal’s behavior when they are unsupervised. Data from the sensor is analyzed through a mobile phone app.

The sponsored survey found that 83 percent of participants were “very satisfied” or “satisfied” with the technology’s use, while 68 percent reported finding it valuable in monitoring the behaviors of dogs that were overweight or diabetic.

According to Dagan, wearable smart collars provide value to all pets in many ways, including:

For these reasons alone, Dagan dismissed any notion that pet wearables are a fad.

“It’s a valuable commercial solution that is growing rapidly and is adopted by researchers, academia, vets, pet owners, and even big industry, such as pharma and pet food companies,” Dagan said.

Improved quality of data and growing interest in the usage of wearables in the pet health world—as well as in the human world—is expected to ultimately make these products more viable, and seems likely to continue to push usage. 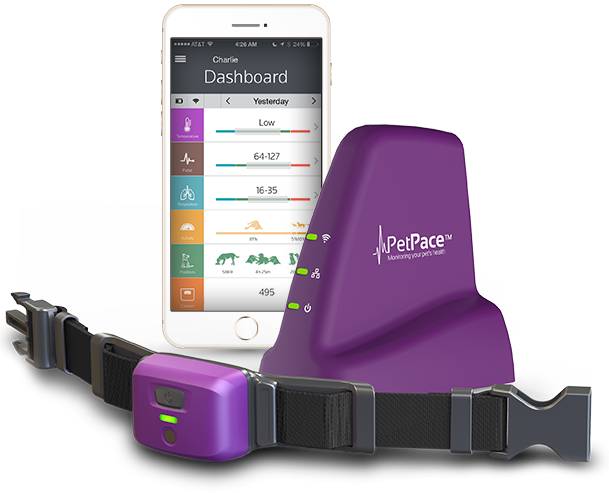 “There is increasing evidence of use of biometric technology and the data it provides both in human and veterinary medicine,” Landis-Hanna said. “As technology becomes more readily available and additional capacities are developed, we will continue to see the trend increase.”

It’s not only the valuable data that is being supplied to veterinarians, but by the peace of mind wearables are giving pet owners, that makes the technology a good bet, she added.

It’s no secret pet owners typically want immediate access to healthcare for their pet and to feel continual care is being given. Wearables can provide that, she said.

“Technology can serve as a conduit for the pet parent, the pet, and the vet, helping to provide data in between visits,” Landis-Hanna said. “In addition, pet parents are seeking new technology and will purchase it regardless of a veterinary recommendation. The best way for veterinarians to have an impact on the trend is to actively make a recommendation rather than wait for a pet parent to make a choice based on a online search, which will only provide nonscientific or personal opinions.”

Landis-Hanna and others emphasized that wearables are a great accompaniment that can help ensure better pet health, but that practitioners should continue to emphasize regular vet checkups to pet owners.

“Technology is useful as a tool, but it should not be solely relied upon to replace physical examination or high-quality communication with a trained veterinarian,” Landis-Hanna said. 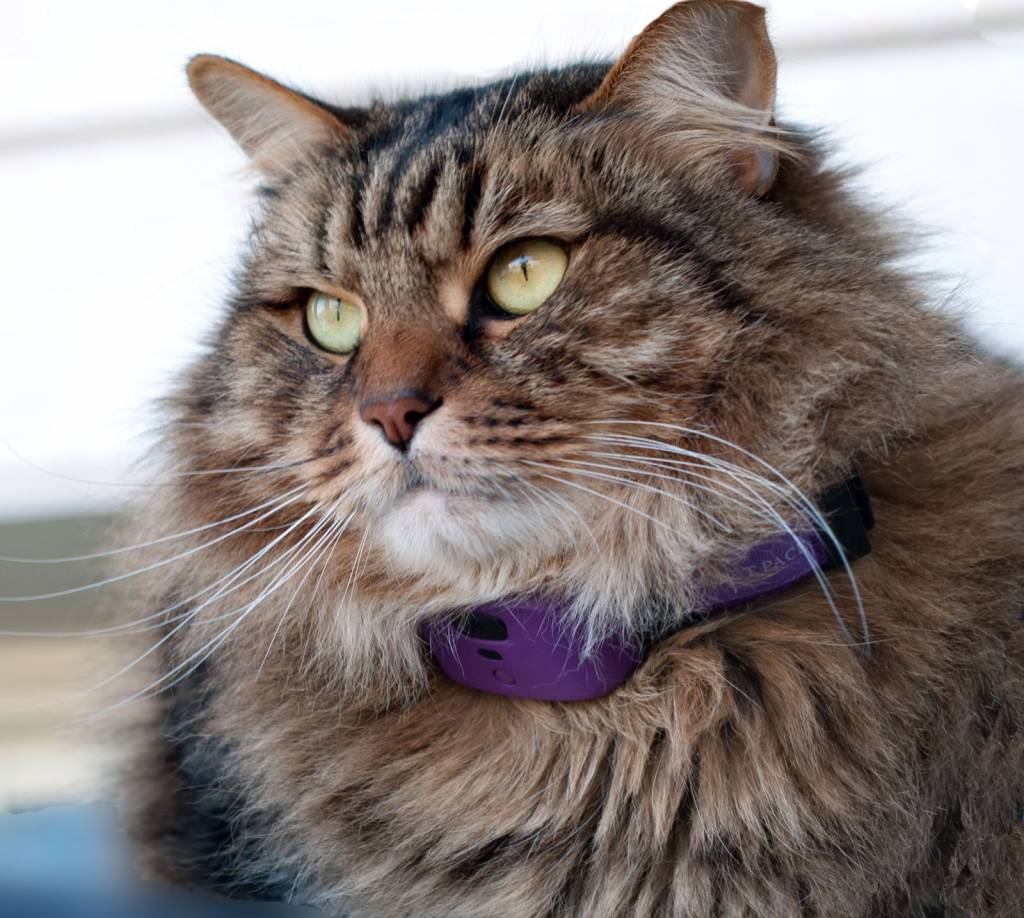 All the data is very helpful, but it still needs to be whittled down so that veterinarians can use the information without having to analyze reams of data, said Andrews.

“We end up collecting a lot of information about the health status of the pet, and that information has to be interpreted through artificial intelligence,” Andrews said. “Using artificial intelligence and effectively getting computers to do a lot of heavy lifting of the analysis allows veterinarians to do what they do best, which is diagnosing, prescribing medicines, and treating animals.”

Understanding a normal baseline for a dog or a cat in terms of things like activity level, possible lethargy, drinking, and toileting patterns, help set the stage to understand whether some of the most fundamental indicators of disease are present in a pet, Andrews added.

“It ultimately will provide a totally different way of gathering a medical history and diagnosing and monitoring the successful outcomes of any treatment regime that has been initiated,” he said.