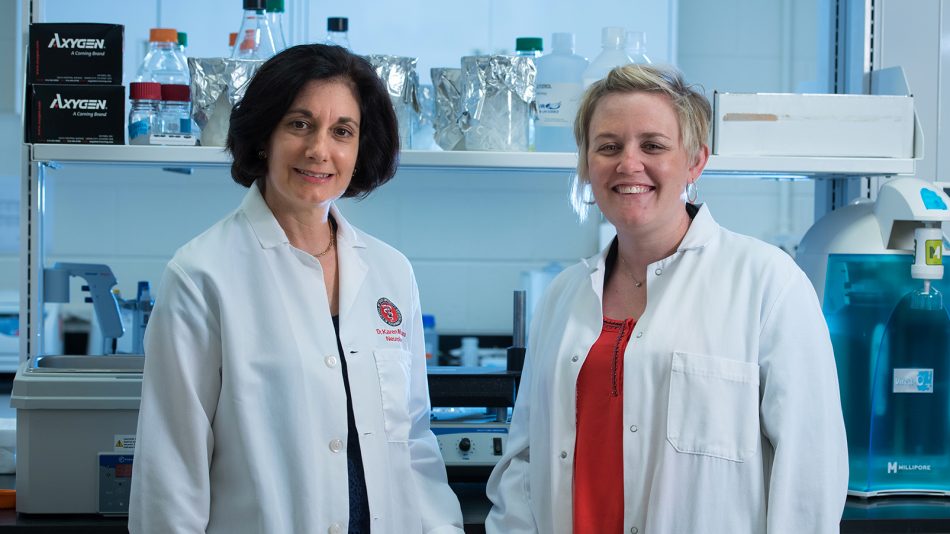 What causes epilepsy in dogs? A new grant awarded to two North Carolina State University College of Veterinary Medicine professors will fund research into a possible cause and treatment.

Karen Muñana, a neurology professor in the Department of Clinical Sciences and Megan Jacob, an assistant professor and director of the Clinical Microbiology Laboratory in the Department of Population Health & Pathobiology, will investigate the role of an intestinal bacteria, Lactobacilli, in the development of epilepsy in dogs. They will also study how medication affects the bacteria’s growth. Both are also members of the Comparative Medicine Institute. Studies of the gut Lactobacilli and its role in epilepsy in either dogs or humans have not been previously published.

The grant was awarded by the American Kennel Club Canine Health Foundation, Inc. The research project is estimated to take 18 months.

Epilepsy is the most common neurological disorder in dogs. About one-third of dogs suffering from epilepsy do not respond to conventional treatments. The researchers’ goal in this preliminary study is to uncover whether dogs with epilepsy have alterations in their intestinal bacteria as compared to normal dogs that may influence the course of disease. According to studies, at least one-third of humans also show resistance to antiepileptic drug treatment. Like humans, dogs with epilepsy can develop life-threatening seizures.

Heredity plays a part in dogs developing epilepsy in numerous breeds. Studies have shown breeds such as the Irish Wolfhound, the Belgian Shepherd and the Labrador Retriever have a higher predisposition for the disease.

For more information on epilepsy research or how you might participate in this study go to the NC website.