By I. Craig Prior, BVSc, CVJ 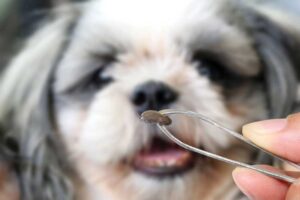 Research from the Companion Animal Parasite Council (CAPC) indicates seroprevalence of Lyme disease in dogs is not only increasing in the Northeast, where it is considered endemic, but also spreading into areas that were previously thought to not be at risk for this serious, zoonotic tick-borne disease. (“Seroprevalence” in this case refers to the prevalence of dogs exposed to Borrelia burgdorferi, the pathogen responsible for causing Lyme disease in the U.S. based on serologic tests—hereafter referred to as “prevalence.”)

Study results were published in the December 2018 issue of Environmetrics, the official journal of The International Environmetrics Society (TIES). This milestone study, titled “A Large-scale Spatio-temporal Binomial Regression Model for Estimating Seroprevalence Trends,” suggests canine prevalence rates for Lyme disease are rising and that those rates are increasing most in areas where the pathogen has recently encroached.

Specifically, exposure in dogs to B. burgdorferi is rising in states not traditionally considered to be areas of high Lyme risk. Significant increases in the percentage of dogs testing positive for exposure have also been seen in areas that have not yet reported significant human incidence. These findings suggest canine Lyme prevalence could serve as an early warning system for changes in human risk of exposure. Areas where human risk may be increasing include regions in Illinois, Iowa, Michigan, North Dakota, Ohio, and Tennessee.

Consider the following: people don’t tend to worry about Lyme disease in Nashville, where I’ve practiced for almost 35 years. But I’ve seen Lyme increasing in Tennessee for several years, so I regularly test and vaccinate for the disease. This concerning spread of diseases such as Lyme is what motivated CAPC to create the 30-Day Parasite Forecast Maps (available at petdiseasealerts.org). Their main purpose is to provide a tool for veterinarians to help pet owners understand and act on the risk from parasites in their area.

Generated by an innovative, data-driven model, these county-by-county forecasts provide the expected prevalence of four vector-borne canine diseases: anaplasmosis, ehrlichiosis, Lyme disease, and heartworm disease. All of these diseases are dynamic and ever-changing, threatening the health of pets and people alike.

The monthly forecasts are available for every county in the continental U.S. Data are collected each month from veterinary clinics and laboratories across the country; the forecasts use the spatial and temporal patterns in the data to estimate disease prevalence even in counties that don’t report any data.

You May Also Like  Walmart expands pet services with insurance plan

The monthly forecast maps represent the latest development in CAPC’s effort to provide pet owners with crucial, time-sensitive information about disease threats. For almost a decade, CAPC has been mapping, tracking, and forecasting diseases to inform veterinarians and pet owners, while encouraging the latter to get their pets tested and protected against vector-borne diseases.

The statistical team at Clemson University has worked over the past four years to develop the current sampling processes and computational algorithms used to create the monthly forecasts. One of the leading statistical teams in the country, it consists of Chris McMahan, MS, PhD, at the helm, along with Robert Lund, MS, PhD, Jenna Gettings, DVM, MPH, research assistant (RA) Stella Watson Self, MS, and previous RA, Yan Liu, PhD.

The forecast uses the millions of historical diagnostic test results in CAPC’s database to predict disease prevalence rates for 3,109 counties or county equivalents (such as Louisiana parishes and organized boroughs) in the continental U.S.

As you can imagine, the forecasts don’t use a simple formula. They are built around a complex Bayesian methodology. (For those who prefer a more technical explanation, it’s a Bayesian spatio-temporal generalized linear mixed model that has been made computationally tractable through the development of new sampling strategies [e.g. chromatic sampler], as well as carefully constructed data augmentation steps.) Dr. McMahan explains formulas are used to help create the forecasts, but not in the sense that “you give me data, and I put it into a function and evaluate the function, and the forecast comes out.”

Hundreds of thousands of calculations are being run each time a monthly forecast is created. The forecast calculations take every single data point that has been captured going back in time to January 2012 and use all of it to build the prediction for the month ahead. For the most current forecasts, prevalence for all four diseases is predicted using the more than 141 million test results collected from 2012 through 2018, aggregated by county and month.

The original version of the Bayesian methodology used for the annual forecasts CAPC provides took up to two days to fit to the annual data. Over the next four years, as the amount of data increased yearly, the Clemson team knew the computational process was going to become more complicated and challenging. Just when they had figured out how to adjust their methodology to shrink the computational time substantially, the idea of monthly forecasting was born. That’s when Zach Williams and his technical team at Venveo got involved.

You May Also Like  Pay it forward: Four ways you can be generous

A digital strategy marketing and development agency, Venveo constructed an automated workflow that takes the place of all the time a person would need to attend to the current monthly forecast process, including structuring the data, turning on the algorithms, fitting the data to the model, and populating and creating the forecast maps.

A closer look at this undertaking reveals:

“Part of what we’ve been trying to accomplish has been something we’ve all been working together toward over the last decade, and it’s culminated in this work,” Williams says. “I really give Chris Carpenter, DVM, MBA, (the executive director of CAPC) the credit. He had the vision for this years ago, but the technology just wasn’t there to be able to do what he wanted. As technology advanced, it’s really opened up the opportunity for us to push the boundaries of what CAPC can do with this data in a way that it previously couldn’t.”

The forecasting methodology now even includes a way to compare the monthly forecast to “normal” levels for each location and determine if the forecasted prevalence is high, low, or normal.

To further refine the monthly forecasts, the Clemson team is currently exploring the use of data collected from sources such as social media and common internet search engines, as well as incorporating relevant results from other biological models.

These forecast maps are an engaging visual tool the entire veterinary team can use to help clients understand just how much of a risk vector-borne diseases are in your locality.

Many people have a common misperception that if they don’t hike or spend time in wooded areas, neither they nor their pets are at risk for Lyme disease. Ticks are everywhere, including suburban and gated communities where deer, raccoons, opossums, birds, and other hosts frequent backyards.

Clinic teams can show the maps to clients to increase their awareness of the threat of all four diseases (tick-borne Lyme disease, ehrlichiosis, and anaplasmosis, as well as heartworm disease) in their county. Because these forecast maps are available for every county across the continental U.S., clinic teams also can advise clients about risks in any areas they plan to travel with their pets.

By leveraging the CAPC monthly forecast maps and the work that’s gone into making them accurate predictors of future disease prevalence rates, you can help get even more pets on year-round protection, as the council recommends.

Why wait until diseases are in your area when you can help protect pets—and their owners—before they’re at high risk?

Craig Prior, BVSc, CVJ, is immediate past-president of Companion Animal Parasite Council’s (CAPC’s) board of directors. Dr. Prior is the previous owner of VCA Murphy Road Animal Hospital, an eight-doctor practice in Nashville, Tenn., and former owner/partner in three BluePearl emergency hospitals in Middle Tennessee. A 35-year veteran, Prior’s professional interests include all aspects of small-animal medicine and surgery, as well the operations and metrics of well managed practices. Born and raised in Australia, Prior represented Australia at the 1982 World’s Fair in Knoxville, Tenn., before graduating from the University of Queensland in Brisbane with a degree in veterinary medicine in 1984. He moved to the U.S. in 1985. Prior shares his veterinary and business knowledge as a practice management consultant, and through speaking engagements throughout the country, sitting on advisory boards and making guest appearances with various national media outlets. 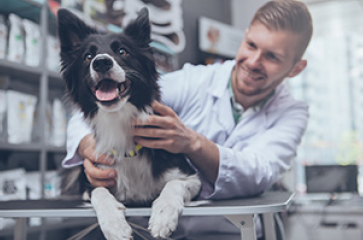 Parasite Detection Technology At The Point Of Care