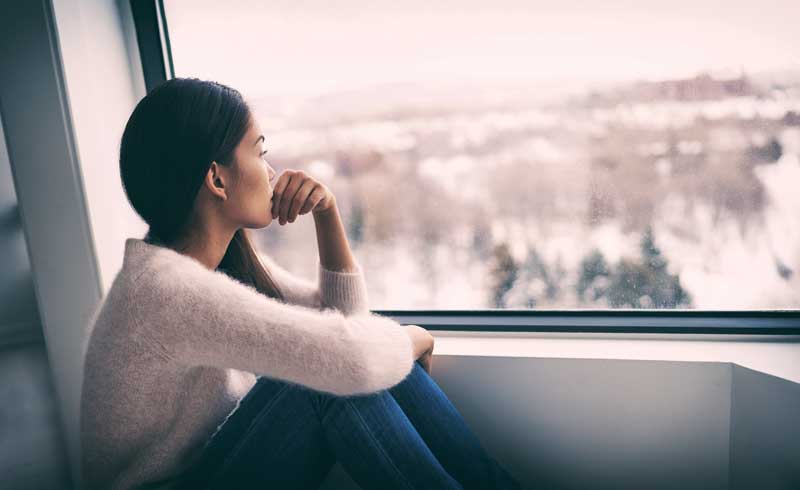 Eighteen years ago, I realized I had a problem. Anxiety, depression, and a family history of mental illness conspired with the stress of divorce, debt, and single motherhood to feed a cycle of self-medication with alcohol and prescription drugs. After a hardworking early adulthood characterized by subtypical levels of alcohol abuse, I’d acutely jumped the bell to join the excessive imbibers on the right-hand side of the curve.

I was keenly aware of the potential dangers to my family, my health, my license. (Denial has never been my Achilles heel.) This problem was not going to get solved without intervention and I was determined to fix it. (I soon learned I was a bit of an anomaly in this regard. Most of us hide our substance abuse well and don’t care to share our problems with others.)

So instead of bottling it up, I outed myself. I “reached out and asked for help,” the way we’re told we should when we’re burnt out, hurting, or otherwise in trouble. Upon my physician’s recommendation, I spoke frankly to a mental health professional.

Doing so was the right thing to do, but I unfortunately picked an inexperienced psychologist who misguidedly called the Physicians’ Resource Network (PRN) for advice. The Florida PRN is a veterinary board- and medical board-contracted organization ostensibly formed to “help” local health professionals battle addiction and alcoholism. More realistically, however, board-sanctioned institutions such as these serve as a buffer between doctors, patients, and boards, so the latter don’t have to adjudicate these “messy” cases.

Based on one therapist’s call and my own ignorant admissions, PRN forced me to leave practice for three months, spend 30 days in rehab, and eventually endure seven years of random drug testing and weekly monitoring. It was expensive, demoralizing, and thoroughly counterproductive—in my case, at least.

Depressed, misdiagnosed, and misunderstood, I felt I was being treated like a criminal and not at all like an at-risk, mental health patient. While the program I was in readily addressed my drinking and drug abuse, it drove the underlying illness further underground.

In case you don’t know this, every state board contracts with one of these organizations. Some are better than others. Their actions are invoked when professionals risk losing their license after legal or regulatory steps are taken by force—typically when doctors are turned in because they’re high on the job or after certain legal challenges (driving while intoxicated, for example). They’re not designed for professionals seeking anonymous help.

On the plus side, PRN did eventually introduce me to people in search of the company of like-minded souls to recover from drug and alcohol abuse. To this day, I continue to thrive as a member of a fellowship of people who bask in the glow of anonymity. They didn’t treat me like a defective doctor in need of a big stick. What’s best is that it didn’t cost me a thing to participate. If only I’d met them before PRN!

After all, who wants to out oneself to an organization like this one? Who wants to endure an expensive program that puts your hard-won license and only source of income in peril.

Given this approach to treating license-holders, it’s no wonder few licensed professionals volunteer to seek mental help, even for the “little” things. In fact, a 2017 study found 40 percent of physicians hesitated to seek mental health treatment because of possible license-related repercussions (bit.ly/2R0ktXg).

It’s a fact that’s as scary as it is sad. Because when professional helpers can’t seek help for themselves lest they’re deemed ineligible to help others, it’s clear our society’s mental health system is fundamentally flawed.

Whether you’re burnt out, seeking family counseling, battling a specific mental disease, or just need someone to bounce things off of to help maintain your sanity in an insane world, access to mental health care is a fundamental right. When it’s effectively denied because you’re worried someone you confide in might interpret your pre-dinner martini ritual hazardous to your patients, it puts everyone at risk.

Here’s another scary example of how the health-care system can deny license-holders mental health care:

Have you ever filled out state license applications and employment forms that ask whether you have a medical history of mental illness or drug abuse? A large percentage of us are required to answer “yes,” which opens a whole can of worms, right?

Nevertheless, most states and almost all corporate practices ask the same questions, leaving applicants open to the possibility of being denied employment (without saying so explicitly, of course) or in the case of license applications, potentially requiring license-holders to complete programs like mine.

So why do they need to know, you ask? They inevitably cite “patient safety” concerns. Unfortunately, the patient they’re worried about is never you.

Just so you know, this practice is illegal. Requiring this information violates the Americans with Disabilities Act (ADA). That’s why the Federation of State Medical Boards (FSMB), American Medical Association (AMA), and the American Psychiatric Association (APA) have all recommended licensing boards stop inquiring about physicians’ history of mental illness. Yet, most veterinary boards, two-thirds of medical boards, and the big corporate veterinary practices continue to ask. Why? Because there is no means of enforcement in place.

Let’s face it, these questions never help anyone. Not only do they promote health-based discrimination, they also harm the mentally ill by reinforcing stigmas, forcing many respondents to lie out of self-preservation or avoid major moves or employment at corporate practices. And how humiliating is it to have to tell our whole medical and psycho-social histories everywhere we go?

These questions also harm the public. I would argue the health professions are seemingly encouraging a decline in mental health by treating mental illness as if it deserves to be screened for. It all feeds into the narrative of mental illness as shameful, all so that states can wash their hands of addicts and corporations can minimize their own health-care-related expenses.

Yet, everyone claims to want to help. As veterinarians, we wring our hands when our colleagues don’t “reach out” before it’s too late, but, we do nothing to make it easier for them to do so. To be fair, unless we’ve experienced it for ourselves, we’re understandably unaware of all the system-wide obstacles, including limited treatment options and inadequate insurance coverage, not to mention the potential loss of livelihood if we deign to answer in the affirmative on invasive and illegal questions.

The truth is that mental health treatment is still in the dark ages, as is the widespread understanding of—and compassion for—mental illness. Despair, hopelessness, and the absence of joy are still viewed as a failure of the individual, not a failure of our work environments, the culture we live in, or a quirk of neurochemistry. Substance abuse is still believed the result of a weak will and lax moral fiber, not a disease entity.

All of which explains why a veterinarian who suffers from mental illness and substance abuse is treated more as a threat and a liability than a colleague who needs help. And why remanding them to PRN-like programs without adequate emotional, financial, and spiritual support can be to their detriment.

So what’s a veterinarian to do if he or she needs help?

Get help, no matter what

For starters, don’t ever deny yourself the help you deserve. Professional help can save your marriage, your family, your career, and your life. If you’re worried you’ll end up going down the rabbit hole I found myself in, consider attending anonymous groups. Meetings are often open to the public and your attendance is by no means an admission. And they’re free.

If you do choose to see a licensed professional, just ask: Will you keep everything I say anonymous under all circumstances? Are there exceptions? Then proceed to speak in hypotheticals until you’ve established trust.

It’s depressing our mental health system has come to this, which is why we have to start addressing the systemic defects in how we treat our colleagues. If we’re serious about suicide prevention, addiction, and mental health in general, we have to force boards and corporations to comply with the law. And we have to make it easier for everyone to get the help they deserve.