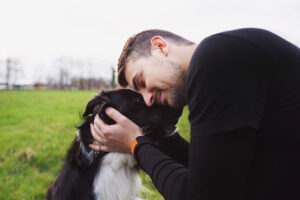 A new survey is showcasing everything pet owners are willing to do for their animal companions, including foregoing work and social commitments to ensure their well-being.

Conducted by OnePoll in conjunction with Fuzzy Pet Health, the poll found nearly a quarter of the 2,000 participants have missed work to care for a sick pet, and withheld this information from their boss. Sixty-five percent said it was because they did not think their boss would count it as a valid reason for time off.

“Time constraints are among one of the biggest hurdles for pet parents. But they don’t want to cut corners when it comes to their pets’ wellness,” says Jess Trimble, DVM, Fuzzy Pet Health chief veterinary officer. “As a society, we’ve outsourced so much of the services important to making our life tick, it’s time veterinary care delivered for the modern world.”