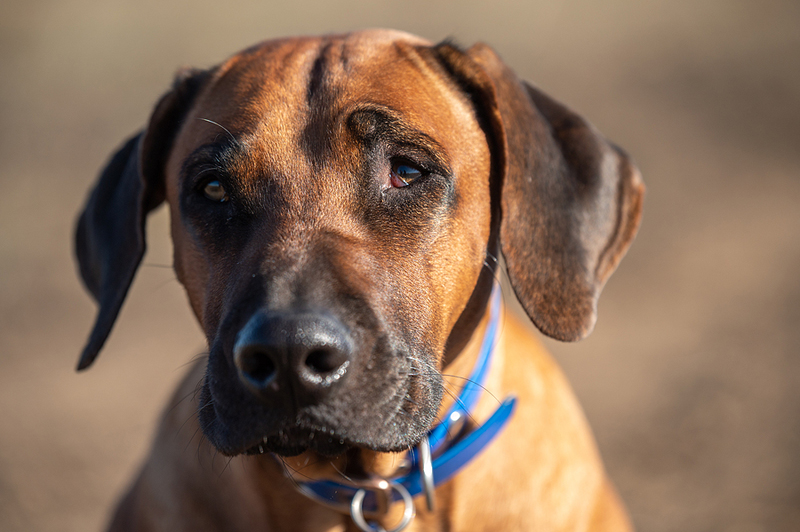 Prevalence of hearing loss in Rhodesian Ridgebacks may soon be reduced, thanks to a new genetic discovery.

A study of 185 Rhodesian Ridgebacks completed by canine genomics and biotechnology company, Embark Veterinary, has identified a recessive mutation linked to early-onset adult deafness (EOAD) in the breed. Using more than 220,000 genetic markers, the analysis localized the genetic association to the EPS8L2 gene, with further DNA sequencing and genotyping identifying a deletion perfectly predictive of EOAD, Embark reports.

The discovery will help veterinarians and owners develop proactive care strategies for dogs likely to lose their hearing, including training Rhodesian Ridgebacks using visual cues instead of sounds. Additionally, knowledge of this recessive mutation can help breeders reduce prevalence of hearing loss through advanced screening practices.

Dogs with EAOD can lose their hearing when they are a year or two old, Embark reports. Some purebred Rhodesian Ridgebacks develop hearing loss as early as four months.

“By informing Rhodesian Ridgeback breeders about this genetic mutation in their potential breeding pairs, we can virtually eliminate this condition in Ridgebacks via genetic screening,” says Embark CEO, Ryan Boyko.

The discovery is the culmination of more than 10 years of collaborative research from breeders, dog owners, and scientists. Mark Neff, PhD, Embark’s senior director of scientific discovery, and his colleagues at the University of California, Davis (UC Davis) Veterinary Genetics Lab first discovered a genetic connection between EOAD and canine chromosome 18 in 2009. Embark then partnered with the Rhodesian Ridgeback Club of the United States (RRCUS) and nonprofit organization, projectDOG, to conduct a genome-wide association study on the breed.

The findings, Dr. Neff says, may also lead to advancements in human health.

“When we started this research over 10 years ago, we knew a discovery in early-onset adult deafness—one of the most common disabilities in humans and dogs—could provide valuable tools for life science companies using regenerative medicine to develop therapeutics for childhood hearing disorders,” he says.

You May Also Like  Equality is vet med’s golden opportunity

“The single constant in the decade-long search for this mutation has been the dedicated breeders who painstakingly worked with their puppy owners to provide the samples that made this discovery possible,” adds Denise Flaim, former co-chair of the RRCUS Health and Genetics Committee, who approached Dr. Neff about initiating the research. “This is a long-awaited tool for Ridgeback breeders, but it should be used wisely. Now we can identify carriers, which can be bred safely to non-carriers, to maintain genetic diversity and confidently produce hearing offspring.”