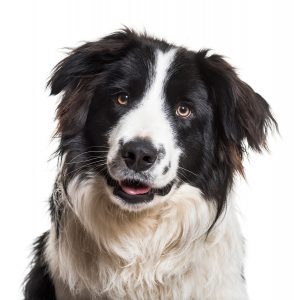 Dogs may be smart cookies—just not quite the braniacs that many believe they are, according to research published in Learning & Behavior.

In a study that examined more than 300 papers on the intelligence of dogs and other animals, researchers reviewed evidence that compared dogs’ smarts with other domestic animals, other social hunters, and other carnivorans, such as wolves, bears, lions, and hyenas.

What scientists from the U.K.’s University of Exeter and Canterbury Christ Church University discovered were that dogs’ cognitive abilities were at least matched by several species in each of these groups as well as several cases where dogs’ mental abilities suffered from “over interpretation.”

“During our work it seemed to us that many studies in dog cognition research set out to ‘prove’ how clever dogs are,” said Stephen Lea, PhD, the study’s principal author, from the University of Exeter.

Lea went on to say that dogs’ correct responses or actions are often compared to those of chimpanzees, but researchers found “in each and every case … other valid comparison species that do at least as well as dogs do in those tasks.”

The bottom line is that, taking into account the abilities of domestic animals, social hunters, and carnivorans, “dog cognition does not look exceptional,” said researcher Britta Osthaus, PhD, from Canterbury Christ Church University.

“We are doing dogs no favor by expecting too much of them,” she said. “Dogs are dogs, and we need to take their needs and true abilities into account when considering how we treat them.”

To read the full published paper, “In what sense are dogs special? Canine cognition in comparative context,” click here.

One thought on “Study: “Dog cognition does not look exceptional,” researchers find”

Being down a team member doesn’t have to be a recipe for disaster
Join Now!
141916
Sponsored