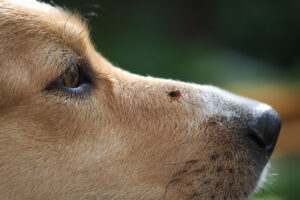 Lyme disease in dogs has become increasingly common in the Northeast and has moved into U.S. regions not historically considered endemic.

That’s according to a new study by the Companion Animal Parasite Council (CAPC), which analyzed more than 16 million Lyme test results taken on domestic dogs in the country, aggregated by county and month.

Conducted from January 2012 to December 2016, the study was developed to investigate regional trends in antibody prevalence to Borrelia burgdorferi, the disease-causing bacterium of Lyme disease.

“Many people tend to believe if they don’t go on hikes or spend time in wooded areas, they aren’t at risk for Lyme,” said Craig Prior, BVSC, CVJ, past-president of the CAPC board of directors.

“Ticks are everywhere—including suburban and gated communities where deer, raccoons, opossum, birds, and other hosts frequent backyards. That’s why CAPC recommends year-round tick prevention for dogs and cats, as well as regular screening to protect dogs from this debilitating and hard-to-treat disease. By protecting your pet, you protect your family.”

CAPC’s website now provides 30-day forecasts for Lyme and other tick-borne diseases to help veterinarians, physicians, pet owners, and travelers assess the risk of exposure across the U.S. and Canada.