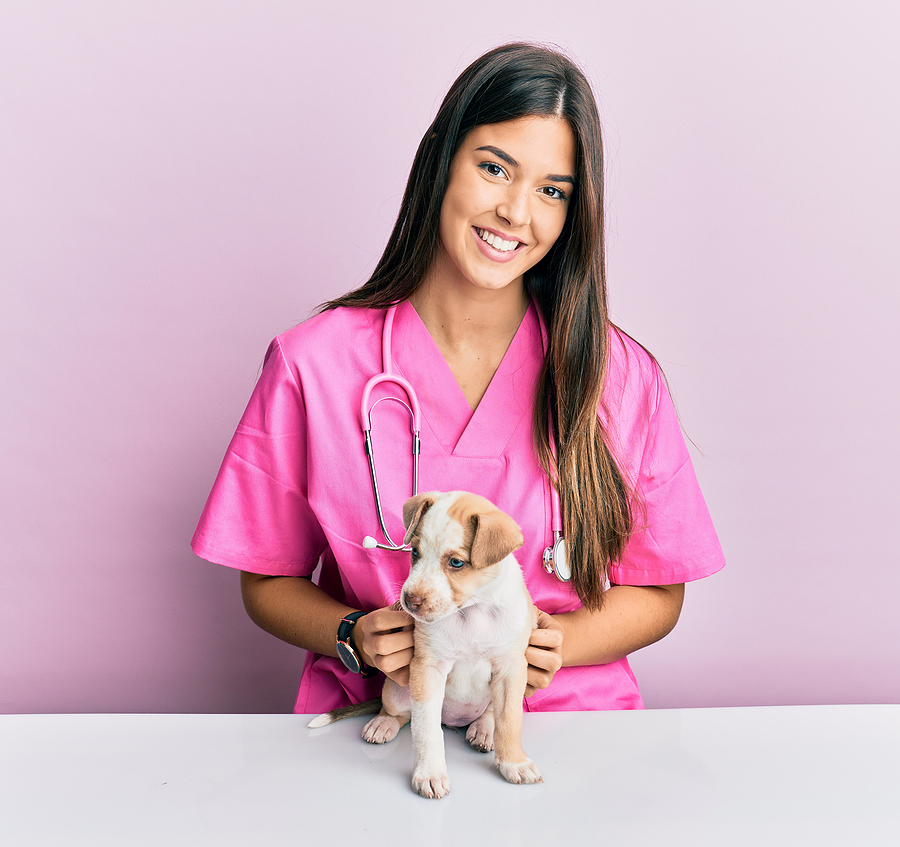 When I was growing up in southern Idaho, the school superintendent and principal were men, as were all of the school board members and coaches. The mayor of my hometown, Castleford, was male, as was our Methodist minister. The Twin Falls County commissioners were men, as were the governor, lieutenant governor, attorney general, secretary of state, as well as 99 percent of legislators.

The Beckers were farmers/ranchers, and going into the businesses that serviced producers like us—the co-op, feed store, seed company, bulk gasoline distributor, tractor dealerships—all I saw were men as owners, managers, and service people. Women? They were doing receptionist or secretarial work.

My mother, Virginia, graduated from college when she was 16 years old. Due to a poor decision at an early age (when she was 17 years old she became a WWII bride to a man she had just met), and the very limited opportunities available to her, she went on to become a farmer’s wife. What else could she have been with a genius IQ and a dynamic personality? Most likely a physician, just like my older sister, Cheryl, who grew up going to a tiny country school, then to Yale, where she graduated No. 1 in her class.

I wanted to be a veterinarian from age six. In my teens, I started going to two local towns, Buhl, Idaho, and Twin Falls, Idaho, to work at veterinary clinics. Who did I shadow? You guessed it. The owners and veterinarians were all men, with women working the phones and desks.

When I graduated in 1980 and went back home to practice, there were six veterinary clinics (four companion, two mixed) in Twin Falls. You’re getting ahead of me. Yes, all nine veterinarians were men.

Someone once said I am like a jet airliner; moving so fast forward, toward the future, I don’t have rear view mirrors to look back. This is largely true, but you know what caused me to stop, look back at unequal opportunity, and decide to do something about it? Getting married to Teresa, having a first-born daughter, Mikkel, and later, our granddaughter, Reagan.

Teresa worked as an elementary PE teacher and as a bank teller. You guessed it. The Twin Falls School District superintendent was male, as were all the principals. Do I even need to tell you the sex of the bank manager and loan officers?

I saw the disappointment Teresa felt when she was paid less than men doing the same work and when less-qualified men were promoted over her. She also experienced the double-standard of how male and female employees were treated, and was harmed by the way things were handled when she was sexually harassed. She once described it to me as “facing a glass ceiling while standing in sewage.”

Over the almost seven decades of my life, how many women have I personally known who were held back from achieving their dreams or full potential? More specifically, how many female veterinary graduates got stuck in a predictable rut of working solely as an associate veterinarian?

When I started practicing in 1980, the cards were stacked against my female colleagues when it came to practice ownership or other veterinary related entrepreneurial activities. When they were growing up, there were fewer female mentors and role models.

It was also much harder for women to get credit to start or buy a practice and most practice owners offered buy-in to men. Additionally, banks were unwilling to provide monies for women veterinarians looking to do startups in tech and services outside of traditional practice.

I love to mentor younger veterinarians (just like I was mentored by folks like Dr. Ross Clark), and I’ve mentored many extremely gifted women. I focus on entrepreneurial success and the courage to start a new business, and am happy to observe we now have many examples of our female colleagues “doing well by doing good.”

I would like to introduce you to five of these extraordinary women in this and my next column.

What motivated you to start your company? 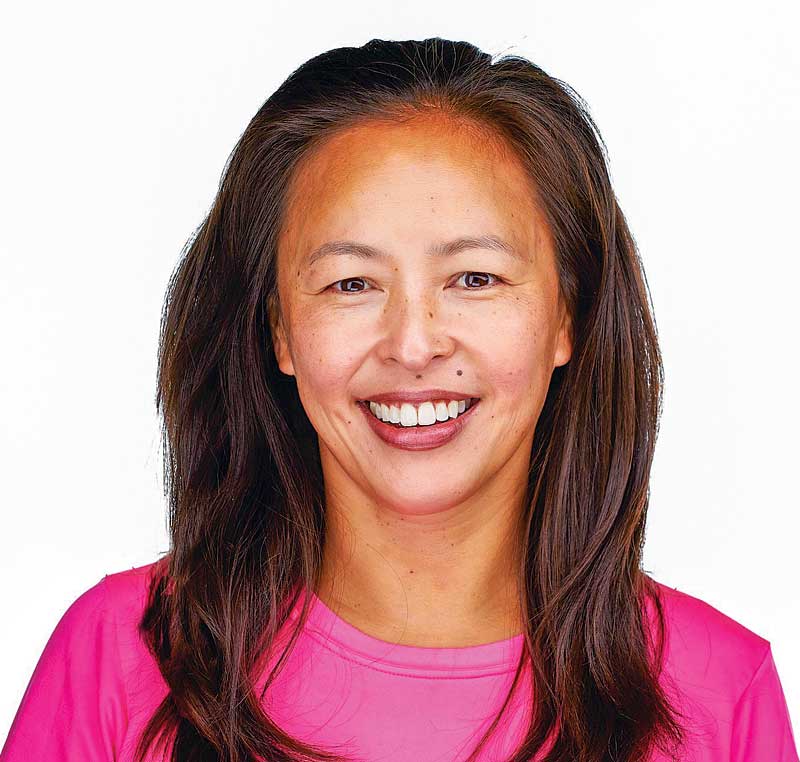 Years ago, while frantically studying for my board examination(s), I decided to take some time out to relieve some stress (a.k.a. “panic”) by running. While pounding the pavement, I thought, “Why can’t I listen to this stuff on my Walkman while I exercise?” Note: I’m old, this was pre-iPhone days! Since sleeping on top of my textbooks didn’t seem to osmotically work, I decided this “listen and learn” modality would truly be the best way to “take it all” in while frantically multi-tasking. And that’s when I teamed up with techno-savvy, Dr. Pachtinger, to create VETgirl, an online veterinary continuing education (CE) platform.

Who were your mentors?

My parents. As a first-generation American-born Chinese, my parents—who immigrated in the ’60s—taught me the importance of education, belief, and work ethic.

What were the major lessons you have learned?

That haters are “gonna hate.” There’s sadly so much vitriol nowadays, and it’s heartbreaking to see the loss of the relational aspect of veterinary medicine. I also learned everybody has great ideas—it’s just a small percent who take it to the next level.

Do you have parting advice for other women?

Don’t hold yourself back. When in doubt, dream big and “go for it.” Don’t wait for something to be 100 percent perfect before you release it, as it will hold you back.

What motivated or inspired you to start your company? 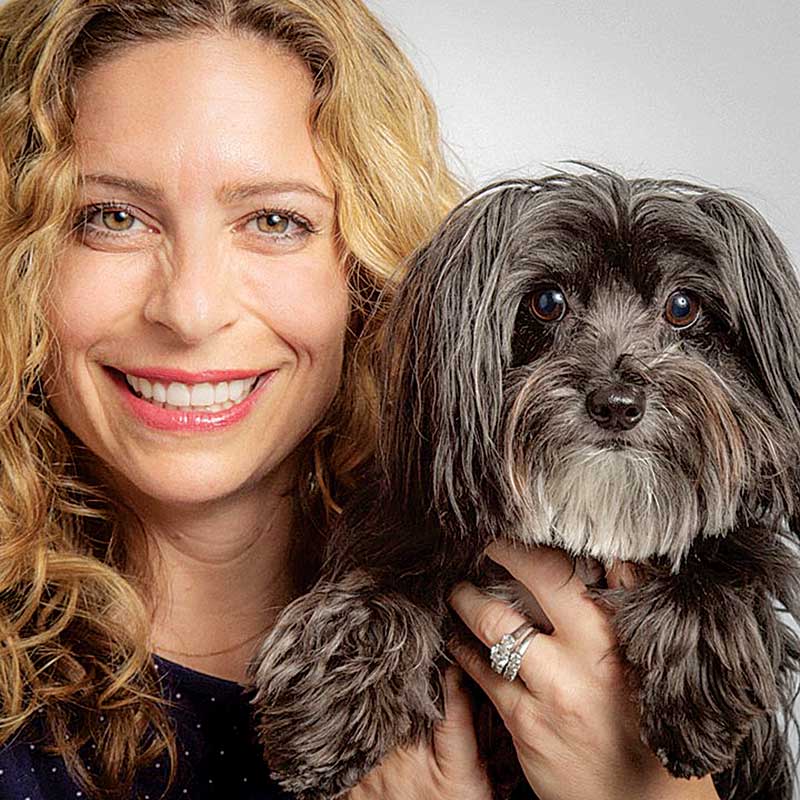 I loved being a veterinary practice owner for so many reasons—long client relationships, forward-thinking medicine, team building and collaboration—but the two parts that really fueled me were the development of my entrepreneurial side and the internal rewards I received from teaching and mentoring.

I also wanted to make a bigger difference, to touch more veterinarians and more clients, and to have a small part shaping change in veterinary medicine.

I found the best of all three by still practicing part-time, but also starting my own consulting company (www.marksdvmconsulting.com) and investing in others. As a consultant, every day and every project is new, and I work very closely educating at the intersection of industry’s messaging and goals and the practical veterinarian on the front lines. I write for several major industry magazines, participate in media campaigns, and lecture nationally and internationally. I am also a partner in Black Dog Productions, a creative content agency in the veterinary space, where we also partner within the industry to educate through different media platforms.

Last, but certainly not least, I love diversifying my portfolio in the animal health space through angel investing as a VANE (Veterinary Angel Network) member, and sitting on many advisory boards.

Who were your mentors?

I have been so fortunate to have a few outstanding mentors. When I started practicing right after graduation on the northwest side of Atlanta, I worked directly under Dr. Allison Wansky. She was the perfect mentor: patient, thorough, and empowering. She took me into the deep end of the pool, and let me try to swim, but was always there if I needed help.

When I moved to Chicago and started practicing at the hospital I would later buy, I was very lucky to have the direct mentorship of Dr. Shelly Rubin, a nationally known and respected Chicago veterinarian who helped me perfect the art of client communication and understand the business side of our industry.

What were the major lessons you have learned?

It does take a village to be successful, and this is okay. When I first started in practice ownership, I was a mom of a toddler and eight months pregnant with my second child, moving into a new home, and practicing full-time. Throughout my tenure, I tried to do everything myself in every aspect of life, and while I took care of everyone pretty well, I never took care of me. It is a sign of strength, not weakness, to ask for help.

Along with that, saying “no” to an extra shift or a project you don’t enjoy, or does not value your time, doesn’t mean you are not helpful or a bad person. I’ve been a people-pleaser (like so many of us in this profession) most of my life, and sadly we end up the only person not being pleased when we fail to set boundaries.

Do you have parting advice for other women?

Your perfect job may not exist for you right now. However, this doesn’t mean it can’t or won’t. And, it also may mean you have to create it, and you can. You can be incredibly productive not practicing 80 hours a week, and you can still see your kids, and you can reinvent yourself after 20 years of practice. Life is short. Don’t spend it doing things you kind of like; do what you love.