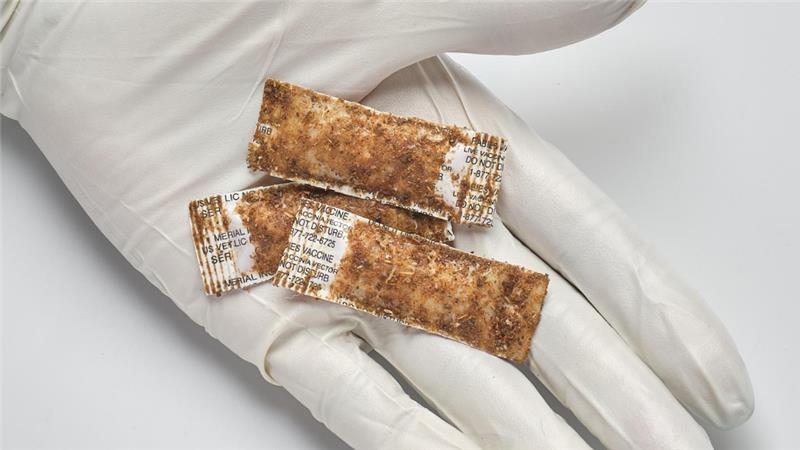 Protecting America’s heartland from a deadly, preventable disease is the goal of a U.S. Department of Agriculture (USDA) program currently underway in the country’s northeast region.

The department’s Animal and Plant Health Inspection Service (APHIS) has begun its annual distribution of oral rabies vaccine (ORV) bait in select areas in the eastern U.S. to mitigate the spread of the virus in wildlife populations.

The bait, which is covered in a fishmeal-based coating to encourage consumption by raccoons, coyotes, and other animals, is distributed by plane in rural areas and via helicopter, vehicle, and bait station in suburban or urban spaces. Packaged in two-inch plastic sachets or one-inch square cubes, the pieces contain proprietary ORV bait from Boehringer Ingelheim.

While almost always fatal once symptoms appear, rabies also is 100 percent preventable. Further, approximately 90 percent of reported cases of the virus in the U.S. are in wildlife, according to the Centers for Disease Control and Prevention (CDC).

Veterinary Practice News spoke with Boehringer Ingelheim’s technical director of veterinary public health (North America), Joanne Maki, MS, DVM, PhD, to learn more about USDA’s program, including how it works and what veterinarians need to know about its impact on companion animals.

Veterinary Practice News (VPN): How will this approach be effective in stopping the spread of rabies among wild animals?

Dr. Joanne Maki (JM): Distributing oral rabies vaccines into wildlife habitats has been used successfully in Europe, Canada, and the U.S. for more than 30 years to prevent the spread of rabies among wild animals. The concept has been proven in foxes, raccoons, and coyote populations. The goal is to place a sufficient number of vaccine doses in the environment to be eaten by the target species within three to five days. By vaccinating at least 50 percent of a target species population, transmission of the rabies virus is reduced and wildlife outbreaks are prevented. The concept is to establish herd immunity within a rabies reservoir species. Doing so reduces virus transmission in wild animals, while also reducing the risk of rabies virus exposure in domestic species and humans.

VPN: Where will the vaccine be distributed nationally?

JM: The U.S. government distributes vaccine doses from the northeastern Canadian border, beginning in Maine and continuing through Pennsylvania, Ohio, West Virginia, and Virginia. The program also distributes oral rabies vaccine in the mountains of western North Carolina and eastern Tennessee, as well as in northwestern Georgia and areas north of Birmingham, Ala.

In addition to the federal program, there are state programs for raccoons that protect tourism areas in Massachusetts, Florida, and Maryland. Texas has an annual program that protects the southern U.S. border against incursions of gray foxes and coyotes potentially infected with rabies from Mexico. 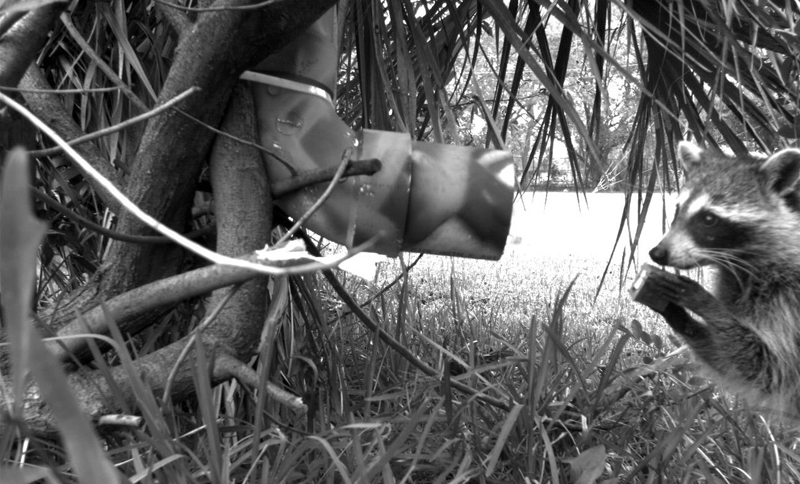 VPN: How does this vaccine work?

JM: This vaccine is unique in that it is effective by the oral route. It is a modified-live recombinant virus within an edible plastic envelope called a sachet. The virus is a pox-virus vector, expressing only one element of the rabies virus, the surface glycoprotein, which is highly immunogenic in mammals. The sachet is covered with wax, as well as a fishmeal-based coating that attracts animals. Upon finding the bait, the raccoon tears the sachet and consumes the vaccine, which contacts the mucosa of the oral cavity and the pharyngeal tonsils. The virus infects cells within the mucosa, but it cannot replicate. It expresses the rabies glycoprotein, which is recognized by antigen-capturing cells in the tonsils. This interaction initiates the animal’s immune response against the rabies glycoprotein. The vaccinated animal develops a protective systemic immune response against the virus including detectable rabies antibodies in their sera within two to three weeks of eating the vaccine.

VPN: Does the vaccine pose any risk to domestic dogs/cats that accidentally consume the packs?

JM: The vaccine has been evaluated for safety in more than 60 species, including domestic animals, and does not pose a risk if consumed. Cats are often attracted to the bait, but rarely try to eat it. Dogs, on the other hand, are also attracted to the fishmeal and, after finding one bait, will often look for more. For this reason, it is important owners keep their dogs leashed and limit their roaming in areas baited with the vaccine to ensure doses are eaten by wildlife. Also, ingestion of multiple sachets covered in oily fishmeal and wax may cause a dog to have an upset stomach.

VPN: What should veterinarians know about caring for pets that might have accidentally ingested or come in contact with these packs?

JM: Contact does not pose a risk to pets or owners unless the sachets are damaged and are leaking the vaccine. Caution should be taken to minimize the risk of direct vaccine contact by humans who are handling a dog that has consumed sachets. If a pet owner or veterinarian finds a packet that is leaking, a paper towel or gloves should be used to pick it up and discard it in the trash. They should then wash their hands after handling it. The vaccine virus is easily inactivated by sunlight and killed by common disinfectants, including a 10 percent bleach solution. If a dog is suspected of consuming multiple vaccine packets, it may vomit on its own. If there is a concern due to the number of doses consumed, the dog can be induced to vomit and the doses discarded as mentioned above.

Finally, each dose of vaccine is labeled with a toll free phone number—(877) 722-6725—that routes to a local department of health or poison control center. Individuals at these agencies are trained to answer questions about the vaccine. Pet owners and veterinarians are encouraged to call this number if they have questions or wish to report a potential vaccine or bait exposure.

VPN: What is the ultimate goal of the program?

JM: Geographical elimination of the raccoon rabies virus reduces the risk of rabies exposure in domestic animals and humans. The overarching goal is to minimize the overall threat of wildlife rabies outbreaks in the U.S. Reducing the public health burden of rabies today and in the future is a cost-beneficial, sustainable goal. Vaccinating wildlife against rabies creates a second preventive barrier, complementing rabies vaccination of domestic species. These combined activities reduce the risk of people and their pets being exposed to this deadly disease.

For more on the rabies management program, check out the video below.