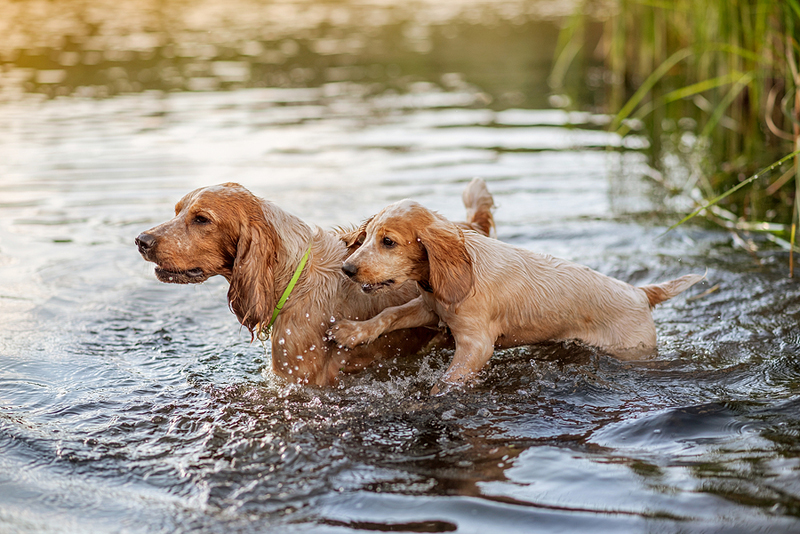 CAPC predicts instances of heartworm, transmitted by mosquitoes, will be higher than average throughout 2022, particularly along the Atlantic coast and Mississippi River, with increased risk in the southwest (including New Mexico and southern Arizona), large portions of Colorado and Kansas, and the northern Great Plains. Further, as reported last year, forecast of increased risk continues in parts of California, Idaho, and Montana.

Additionally, the geographic prevalence of Lyme disease, transmitted by ticks, continues to expand southward and westward with “hot spots” expected in portions of Michigan and Ohio, and heightened risk persisting in parts of Wisconsin and Minnesota. A higher-than-normal risk also continues in areas of North and South Dakota, Iowa, Illinois, and Kentucky, with southward movement evident in the Carolinas and Tennessee.

Other tick-borne diseases expected to pose increased risk throughout 2022 include ehrlichiosis, which CAPC forecasts will be prevalent throughout Colorado, Wyoming, and the coastal Atlantic states, and anaplasmosis, which will pose higher-than-average risk in portions of Virginia, West Virginia, and Texas.

“Over the years, we’ve seen the risk for parasitic diseases increase and expand into areas that have had historically lower prevalence,” says the group’s CEO, Christopher Carpenter, DVM. “CAPC’s 2022 Pet Parasite Forecast is critical to alerting pet owners to the risks this year and reinforcing CAPC’s recommendation that all pets need to be annually tested and protected year-round.” 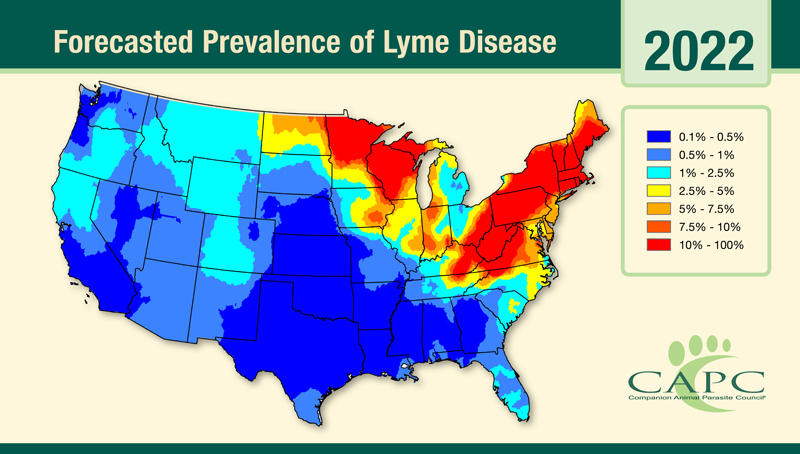