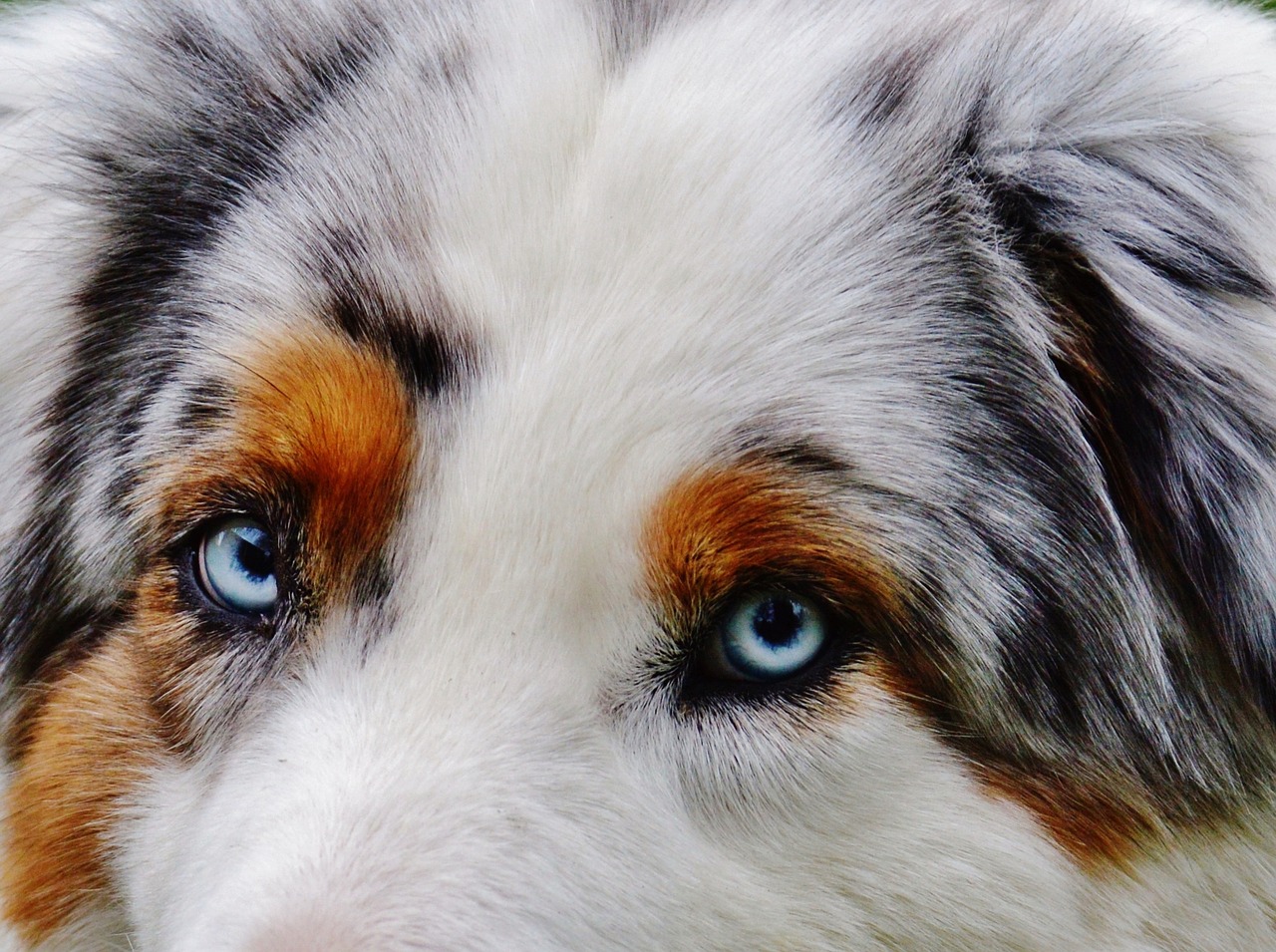 Some dogs that suffer urinary incontinence have a congenital anatomical problem that may require surgical correction. Others may have urethral sphincter mechanism incontinence, which can be better treated medically.

And then there are those patients that require a combination of steps, said Lillian R. Aronson, VMD, Dipl. ACVS, a professor of minimally invasive surgery at the University of Pennsylvania School of Veterinary Medicine.

“I think one of the important things for practitioners is to try to determine what is the underlying cause,” Dr. Aronson said.

When it comes to urinary incontinence, Aronson recommends a thorough workup of the urinary tracts, ultrasound and possibly a CT scan. “Sometimes the patients can have multiple problems,” Aronson said, adding that in addition to a congenital anatomical problem requiring surgery, a patient may have inherited urethral abnormalities.

Regardless of whether one or multiple problems are to blame, the first treatment step isn’t always successful.

“Some [cases] are not straightforward,” Aronson said, “so sometimes one treatment may not be enough.”

The problem also could call for more than one type of medication. Many patients respond well to one drug, but other patients may require more, she said.

“Studies have shown that up to 20 percent of spayed dogs leak urine when resting or sleeping,” Dr. Nichol said. “My experience has been that it’s a rare pet owner who understands the cause of their dog’s bed wetting.”

“Our clients, of course, want reliability, safety and ease of administration,” said Nichol, a consultant for the drug’s maker, PRN Pharmacal of Pensacola, Fla. “It is catecholamines that directly control urethral muscle tone. Proin contains phenylpropanolamine, an alpha adrenergic agonist, that stimulates proximal urethral alpha receptors. Clinical response has been reported as excellent in 75 to 90 percent of affected dogs treated with Proin.”

However, Nichol believes that while the problem is often treatable, more needs to be understood about it to help practitioners do a better job of improving the lives of their patients and clients.

“Our understanding of the pathophysiology of urethral sphincter hypotonus is incomplete,” he said. “There is likely to be reduced urethral tone in some dogs following ovariohysterectomy, which has been thought to result from lower estrogen. Interestingly, estrogen measurements have been similar between spayed dogs with signs of incontinence, compared to those that do not leak urine.”

Estrogen replacement therapy can correct the incontinence for many spayed dogs, and testosterone has been effective for neutered males who leak, he said, adding, “But the potential for hormone therapy to cause aplastic anemia in females and prostatic hypertrophy in males has made these approaches a second choice for many practitioners.”

Saralyn Smith-Carr, DVM, Ph.D., Dipl. ACVIM, an associate professor in the department of clinical sciences at Auburn University, said one of the most common causes of incontinence in the adult female dog, is hormone responsive or spay incontinence.

Initial medical treatment is aimed at improving urethral tone in the incontinent female dog. Medications that can be used include oral estrogen products, such as the compounded drug diethylstilbestrol, Dr. Smith-Carr said.

In addition, Incurin (estriol), from Merck Animal Health of Madison, N.J., is another oral estrogen product marketed for hormone responsive incontinence in dogs.

“We may try estrogens first, or go with other oral medications, which also improve urethral tone in a different manner. such as phenylpropanolamine or imipramine,” Smith-Carr said. “If treatment improves incompletely, a combination of the estrogens and these other compounds may prove to be more beneficial.”

She has cautionary advice to offer: Estrogens pose the risk of bone marrow suppression in some dogs, and phenylpropanolamine may be contraindicated in dogs with heart disease.

A 2001 study by the Veterinary Faculty of Zurich in Switzerland involved the owners of 206 female dogs that had been spayed before their first estrus. For at least three years they were questioned about the occurrence of urinary incontinence.

“At the time of the inquiry, the average age of the bitches was 6.5 years and the average age at the time of surgery was 7.1 months,” the study sates. “Urinary incontinence after spaying occurred in 9.7 percent of bitches. This incidence is approximately half that of spaying after the first estrus.”

The study noted that urinary incontinence occurred on average at two years, 10 months after surgery, and took place daily while the dogs were awake or asleep.

“Compared with late spaying, the clinical signs of urinary incontinence were more distinct after early spaying,” the study stated.

If drugs are not effective or are contraindicated, other options include urethral bulking agents such as a collagen, or colposuspension surgery to tighten the urethral sphincter, Smith-Carr said. Both procedures should be left to specialists, she advised.

In that situation, a silicon cuff is placed around the urethra surgically and attached into a port that sits under the patient’s skin.

“Often, even just the physical presence of that cuff is enough to make the patient continent,” Aronson said.

If after a few weeks the patient is still incontinent, a veterinarian may inject saline into the port to apply pressure around the urethra.

“It has actually been very helpful in patients in making them continent,” Aronson said.

Testing is at the top of Aron-son’s list of best practices for dealing with urinary incontinence.

“I think what is important in these patients is just a very thorough workup,” she said.

This can help with ruling in or out an anatomical problem, sphincter mechanism incontinence, or more straightforward problems like a urinary tract infection.

The workup should include a physical examination. Once that is conducted, and if concern remains that there may be more to the incontinence, recommended diagnostics may include a urinary tract ultrasound, contrast studies or a cystoscopy.

“If those diagnostics don’t find any evidence of an anatomical abnormality, then one has to look for the potential of an inherent abnormality with the urethra that is just not developing normal tone,” Aronson said.

Nichol, too, emphasized workups before treatment. “Urethral sphincter hypotonus is a diagnosis of exclusion,” he said. “Serum chemistries, [complete blood count], urinalysis and abdominal radiographs are necessary to eliminate most rule-outs, including lower UTI, cystoliths and internal causes of polyuria and polydipsia.”

One of the biggest hurdles that veterinarians face on the subject of urinary incontinence is a lack of client awareness that something can be done, Nichol said. Bed wetting is seldom mentioned in the exam room, he added.

“Many believe that their dog is poorly house trained, causing some to fear our judgment,” Nichol said. “Others simply accept the messes and their dog’s embarrassment. It is our responsibility as practitioners to specifically ask every client if their dog leaks when resting or sleeping.”

When treatments don’t work and a pet still drips urine, some owners are quick to request euthanasia, Aronson said, while others want to quickly fix the problem.

“Incontinence can be very challenging to deal with, because even if you do everything you’re supposed to, we still see patients that do not respond to medical management or surgical management or both,” she said.

At least some improvement can be made in even the most difficult cases.