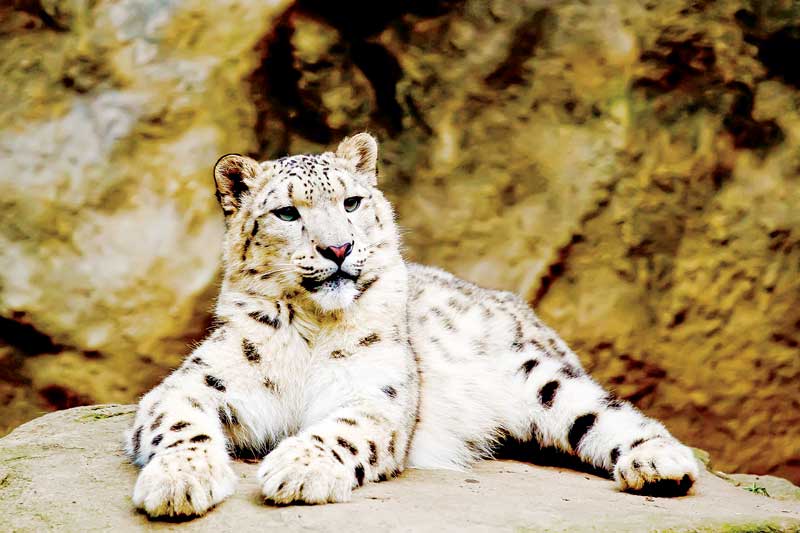 COVID-19 doesn’t affect only humans—it can sicken and, in rare cases, kill animals, as well. Zoo animals are especially at risk as a result of contact with handlers, veterinary and dietary staff, and the visiting public, who may be asymptomatic but still carrying the virus.

Several effective vaccines for COVID-19 are available to humans, and now zoo animals have one, too. Created by Zoetis, and uniquely formulated for animals, the vaccine was donated in January 2021 for emergency use among the great ape population at the San Diego Zoo. The vaccine received quite a bit of media coverage, and requests started pouring in from zoos and other facilities around the country.

“We continue to receive requests for our COVID-19 vaccine, and recently committed to donate an additional 15,000 doses, for a total of 26,000 doses, to approximately 100 zoos and 20 conservatories, sanctuaries, and other animal organizations located across 41 states and about a dozen countries,” reports Mahesh Kumar, PhD, senior vice president, Global Biologics Research at Zoetis.

The need for a COVID-19 vaccine specifically for zoo animals is great, say veterinarians. “We care for many very special and charismatic animals, many of which are endangered in the wild,” explains Robert A. MacLean, DVM, senior veterinarian at the Audubon Zoo in New Orleans. “We know certain species are susceptible to SARS CoV-2 and have become ill with lethargy and respiratory signs, including apes, felids, mustelids, white-tailed deer, hyenas, and others. Some exotic felids have succumbed to this disease.

“Audubon is responsible for the care and welfare of these animals and currently, using a vaccine for COVID in conjunction with improved biosecurity measures appears to be the best approach to protecting them from this potentially devastating disease. Additionally, treating some of these exotic animals effectively for pneumonia or other manifestations of COVID can be very challenging compared to treating disease in a domesticated animal when they lose their appetite, so for zoos the virus is better prevented than managed.”

According to Dr. Kumar, the Zoetis vaccine for animals is a subunit recombinant vaccine; it does not use a live or inactivated virus, nor does it use mRNA. As with some human vaccines, the animal vaccine is meant to be administered in two doses several weeks apart.

“Based on the information Zoetis has received from the zoos requesting our vaccine, we expect it will be used to help protect the health and well-being of more than 100 mammalian species,” Kumar adds. “The zoo veterinarians determine which animals they vaccinate based on their own risk assessments.”

Given the animal COVID vaccine is experimental, it is authorized for use on a case-by-case basis by the U.S. Department of Agriculture (USDA) and the appropriate state veterinarians. “The authorization is for each animal organization and not a blanket approval for any given state,” Kumar notes.

Zoos nationwide have been quick to take advantage of the vaccine, noting its effectiveness. “There has been so much data in the human population that supports the use of vaccines as the way forward to minimize the spread of the disease, we decided that vaccinating these animals was an important next step to protecting them,” says JB Minter, MS, DVM, DACZM, director of Animal Health at the North Carolina Zoo in Asheboro. “The health and well-being of these animals is of the greatest priority to me and the staff at the North Carolina Zoo and protecting them with a vaccine seemed a logical step.”

The Oakland Zoo in Oakland, Calif., also opted to vaccinate many of its animals following an uptick in COVID-19 cases among zoo animals in the United States and abroad. “AZA-accredited institutions share a lot of data and what we saw was cases of animals getting COVID-19, including lions, otters, and snow leopards. That helped inform our decision,” explains Alex Herman, DVM, vice president of veterinary services at the Oakland Zoo. “There wasn’t enough vaccine for all of our at-risk animals, but we were able to successfully vaccinate a large number of primates, ferrets, big cats, and other large carnivores.”

Like many human institutions, zoos and aquariums are taking additional precautions to protect their at-risk animals. At the Oakland Zoo, Dr. Herman says all employees are required to be vaccinated for COVID-19, and are encouraged to maintain social distancing and wear KN-95 masks when around animals. Barriers have also been installed to help visitors stay socially distant from the animals. At the North Carolina Zoo, in addition to masks and distancing, behind-the-scenes tours have been cancelled, and some elective surgeries have been postponed among higher-risk species.

Giving a zoo animal a vaccine injection isn’t as difficult as it may seem because animals at larger zoos and aquariums are trained to voluntarily participate in their health care through the positive reinforcement of specific behaviors. In many cases, the procedure is as simple as having the animal come over to a caretaker, who rewards the animal with a treat as it receives its shot.

“We vaccinated a zebra for West Nile virus the other day,” Herman notes. “We trained him to stand still to receive his vaccine rather than darting him, which would cause more fear and be more stressful for him. Our tigers, lions, mountain lions, chimps, and hyenas are all trained to voluntarily participate in getting vaccinated.”

As for side effects to the vaccine, “At the Audubon Zoo, we had one gorilla indicating to a caretaker that she had a sore arm, pointing to her injection site, but only for one day,” says Dr. MacLean. Similar reactions were noted among chimpanzees and baboons at the North Carolina Zoo, Dr. Minter says.

Some zoos report pushback from people against vaccines, despite the fact the science supporting it is sound. “I have not personally experienced any pushback from anti-vaxxers, but the zoo put something on its social media platforms and there were a number of negative comments,” says Minter. “On the flip side, there were also a number of positive comments. The zoo decided not to respond because bickering over social media is a fruitless endeavor. I believe a lot of the pushback comes down to not understanding the science of the production of the vaccine.”

Dr. Herman also reports negative comments when the Oakland Zoo announced its COVID-19 vaccination plan. “I was surprised by it because the evidence shows the vaccine helps by making the severity of the infection less,” she says. “If we follow the scientific evidence about best practice, it’s very clear, whether a human or animal, that getting vaccinated and staying socially distant are very advantageous. It really is a One Health issue.”

Don Vaughan is an award-winning writer who frequently writes about veterinary-related topics.