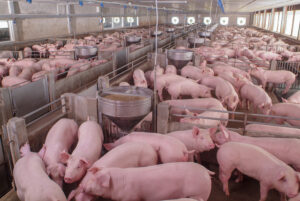 World Animal Protection (WAP) tested pork from the shelves of supermarkets in Australia, Brazil, Spain, and Thailand, finding ‘superbugs’ in three of the four countries.

The contaminated meat was discovered in Brazil, Spain, and Thailand in largely popular chain stores, including Carrefour and Walmart.

Superbugs in the food chain can cause food or blood poisoning, urinary tract infections, and in some cases, even death.

According to WAP, the bacteria are a symptom of the ongoing overuse of antibiotics, which props up low-welfare practices in pig farming.

“Factory farm conditions for pigs cause them immense pain and stress, which involves a steady overuse of antibiotics,” said Jacqueline Mills, head of farming at WAP.

“Supermarkets must demand their suppliers improve the welfare of pigs. Higher-welfare systems allow for responsible antibiotic use. We need to see an end to close confinement and barren environments, so pigs can live in social groups in comfortable environments with opportunities to express natural behavior. Supermarkets should be setting the bar far higher to ensure the animals in their supply chains are less stressed and antibiotics are used responsibly in farming.”

Some of the cruel practices typically associated with low-welfare farms include:

World Animal Protection is working with producers to develop higher-welfare systems to get pigs out of cages and into more social, natural conditions.