Bleeding diatheses are a relatively common occurrence in small animal medicine, whether in general practice or emergency settings. An understanding of the interactions between the components of the coagulation system in addition to a thorough physical exam and patient history are key to making diagnostic and therapeutic decisions.

All bleeding patients are decidedly not the same, even if their clinical signs may appear similar. Ruling out causes such as trauma, surgical hemostasis, and inherited coagulation disorders are all part of the initial identifying information. Some of the earliest signs of a congenital disorder occur early in life at the time of minor challenges such as tail/ear docking, microchipping, or losing deciduous teeth. It would similarly be unlikely to have a congenital bleeding disorder if a pet had a spay/neuter that was uncomplicated by bleeding.

Primary hemostatic bleeding occurs in animals that have too few platelets or platelets that are dysfunctional. Thrombocytopenia results in spontaneous bleeding when numbers approach 30,000 to 50,000/microL. Platelet dysfunction may be extrinsic or intrinsic. Extrinsic disorders result from a deficiency in a protein needed for normal platelet function (i.e. the platelet itself is normal). Most commonly this includes von Willebrand disease (VWD) and acquired or inherited disorders with fibrinogen, as fibrinogen is necessary for platelet aggregation. Intrinsic disorders result from a platelet defect, such as abnormalities in platelet receptors, storage granules, and signaling pathways.

Clinical signs
Defects in platelet function clinically manifest as bleeding from mucosal surfaces, bruising of the skin, or, in rare extreme cases, cavitary bleeding. On physical examination, these pets may have hemoptysis, gingival ecchymosis, skin petechiation/ecchymosis, discolored urine (the bladder is a mucosal surface) and melena, or other evidence of gastrointestinal bleeding (as the GI tract offers a very large mucosal surface area).

Platelet count
The first test that should be obtained in pets with these signs is an accurate platelet count. This means an automated analyzer as well as a blood smear for manual platelet count evaluation. To minimize clumping, ideally a 20-gauge needle is used (in pets large enough) and a peripheral vein is sampled. Clean venipuncture should be performed and blood rapidly placed into an anticoagulated (EDTA) tube. Any amount of clumping on the feathered edge of a blood smear invalidates the platelet count due to variable distribution and unpredictable number of platelets clumped versus those counted in the monolayer.

The monolayer is examined for platelets under high-power microscopy across eight to 10 fields. The average number of platelets is multiplied by 15,000 to achieve a final manual platelet count. The interpretation of this number is in the context of the disorder of the pet, specifically, many patients with immune mediated thrombocytopenia (ITP) may have close to 0 platelets. Pets in the 30,000 to 100,000/microL range may have consumptive disseminated intravascular coagulation (DIC), thrombocytopenia, paraneoplastic thrombocytopenia, or infectious disease. The author most commonly sees spontaneous signs of bleeding in patients with ITP versus other disorders.

Buccal mucosal bleeding time (BMBT)
This in vivo test is used when decreased platelet numbers do not account for bleeding. It is performed using a standardized device (Surgicutt, International Technidyne Corp., Edison, N.J.). The patient must be sedated or anesthetized so motion does not disrupt the process of clotting. An incision is created on the inside lip and a timed test begins while blood is gently blotted away using filter paper on the gravity-dependent side of the incision and not directly over it. It is imperative not to touch the incision at any point. Normal BMBT is less than 3 minutes in dogs and 34 to 105 seconds in cats.

A prolonged BMBT is consistent with thrombocytopenia, thrombocytopathia, or VWD. In other words, it is not a specific test, but it is somewhat sensitive for a primary hemostatic problem such as thrombocytopenia, intrinsic, or extrinsic platelet disorder. As such, BMBT should be considered a screening test. In human medicine, this test has been largely replaced with more specific tests of platelet function due to the high amount of variability, subjectivity, and lack of correlation with clinical outcomes.

Platelet function analysis
Platelet function analysis uses a bench-top analyzer to determine the speed with which a small aperture closes when platelets are aspirated across it. This is not a test readily available in private veterinary hospitals apart from select specialty facilities and some academic institutions. Patients with an unexplained cause of mucosal bleeding where platelet function is a concern should be referred to an institution where advanced coagulation testing such as this can be performed.

The prothrombin time (PT) and activated partial thromboplastin time (aPTT) are the most routinely used screening tests of secondary hemostasis. The activated clotting time (ACT) is an in-house screening test for severe coagulation factor deficiencies. Although these tests are based on the classic cascade model of hemostasis, they are readily available and relatively easy to use as point-of-care tests in any hospital. Clotting times are sensitive for hypocoagulability due to factor deficiencies but are not accurate in determining hypercoagulability.

Some very important aspects of sample collection include:

The appropriate volume of blood to citrate is essential: nine parts blood to one part citrate.

The hematocrit of the patient matters; severe hemoconcentration (such as a patient with hemorrhagic gastroenteritis) results in overcitration of plasma and will falsely prolong clotting times (especially aPTT). The opposite is true in anemic patients.

As the names of these tests imply, they are focused on the time it takes for various aspects of thrombin generation. Generation of thrombin, however, is not the end of coagulation.

Though thrombin is necessary for the polymerization of fibrin, 95 percent of thrombin generation occurs after the initial fibrin formation detected on PT and aPTT tests. Therefore, these tests remain limited in the information they provide, and exist in contrast to global tests of hemostasis, (i.e thromboelastography [TEG] and rotational thromboelastometry [ROTEM]).

Another limiting aspect of PT/aPTT tests is that a substantial decrease in concentration of coagulation factor(s) must be present before the tests become prolonged, making them somewhat insensitive and, by their nature, nonspecific. Some literature reports that only 25 to 30 percent of clotting factor(s) activity is present before the tests prolong.

The interpretation of PT/aPTT should be correlated clinically. In a patient that is bleeding, any prolongation is significant and warrants treatment with fresh frozen plasma products (or, in the case of warfarin rodenticide toxicity, frozen plasma is sufficient). In patients who have an underlying disease process predisposing them to consumption, DIC, or variable factor production such as liver disease, these numbers should only be corrected with fresh frozen plasma products if the patient is bleeding or anticipated to undergo invasive procedures.

In parts of the country where snake envenomation is common, PT/aPTT testing is a routine aspect of diagnosing severity of envenomation and decision-making for antivenom use. Antivenom is the treatment for venom-induced coagulopathy, which is defined as a prolongation of either PT and/or aPTT, thrombocytopenia, and, in areas where measuring fibrin degradation products, an increase in those as well.

You May Also Like  Got allergies? Welcome to the club (of veterinary masochists)

The most common disorders of secondary hemostasis in dogs and cats are those acquired by toxicity with warfarin-based rodenticides, and those inherited genetically, such as hemophilia A (factor VIII deficiency), hemophilia B (factor IX deficiency), and factor XII deficiency in cats. The Cornell Comparative Coagulation Lab is able to analyze individual factor deficiencies by submission of citrated samples on cases suggestive of these specific disorders.

Samples for off-site coagulation testing must be obtained before administration of plasma products to ensure the patient’s plasma is the only one being analyzed. This is because there is potential for missing a diagnosis if the patient’s coagulation status is temporarily corrected with a plasma product and then sampled and sent for analysis. 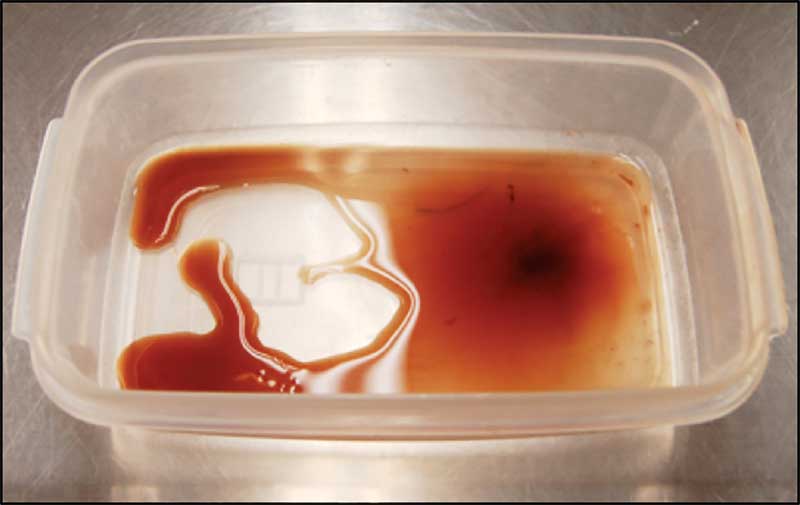 Tertiary hemostasis has only recently received the attention it deserves. We now know that fibrinolysis, the main aspect of tertiary hemostasis, is key to understanding several pathologic processes recognized in veterinary medicine.

Clinically, hyperfibrinolysis is seen as progressive bruising around surgical/trauma sites as well as distant from them, as the disorder is global within the body rather than localized to the area of damage. The literature concerns itself with the greyhound breed as a poster child for fragile tertiary hemostasis, in that this breed is prone to hyperfibrinolytic disorders.

Although D-dimers are one way to assess fibrinogen breakdown, TEG and ROTEM are much better attuned to tracing global clot formation, strength, and dissolution. Empirical therapy with antifibrinolytic drugs such as aminocaproic acid or tranexamic acid can be considered a reasonable approach in the presence of clinical signs and absence of tertiary hemostatic testing.