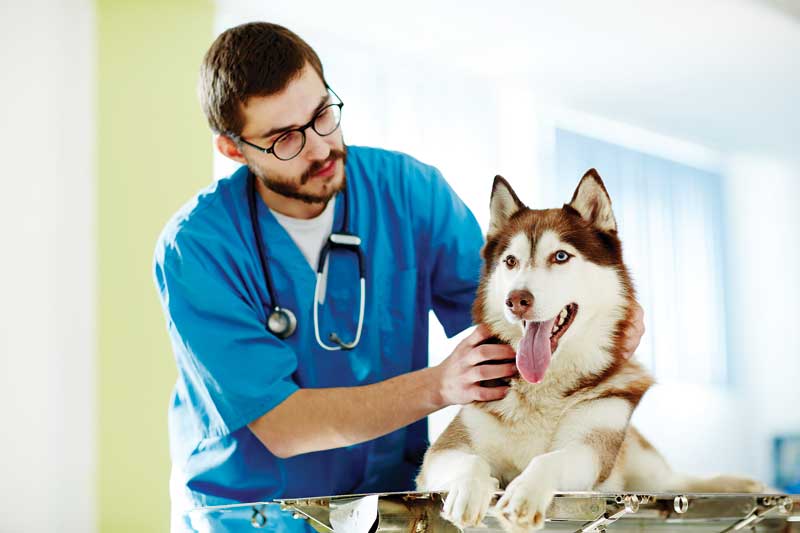 While it’s unknown how many dogs have been affected—canine influenza isn’t a reportable disease in the U.S., although it is in Canada—the figures are underreported, said Cynda Crawford, DVM, clinical assistant professor at the University of Florida College of Veterinary Medicine.

Lack of testing is one reason it’s unclear just how many dogs have been affected. The virus may be in states that haven’t yet reported it simply because no dogs there have been tested.

“We depend on testing to confirm where the virus is,” Dr. Crawford said. “We’re not basing it on guessing. Unless dogs are tested in other states, and the testing is conducted on the right dogs at the right time,
it will look like the state hasn’t had influenza.”

A consortium of diagnostic laboratories across the country voluntarily reports canine influenza testing data to the Canine Influenza Virus Surveillance Network at Cornell. It produces maps of the flu’s spread, but it doesn’t capture all testing performed. And not every dog with signs is tested.

“If somebody has a boarding kennel and has got 40 dogs in it and 35 of them are showing some kind of respiratory disease, we’ll get one, at most two, samples out of that collection,” said virologist Edward Dubovi, a professor in the department of population medicine and diagnostic sciences at Cornell University College of Veterinary Medicine in Ithaca, N.Y. “If it turns out to be flu, the assumption is the other 34 have flu. So we don’t know what that total number of flu cases looks like because we’re getting very small numbers of samples.”

Canine flu spreads in one of two ways: movement of infective dogs between communities and movement of contaminated people between dogs.

Dogs transmit it to each other through direct contact with respiratory secretions delivered by barking, coughing, or sneezing. They also can acquire the virus through contact with contaminated surfaces or items such as food or water bowls. Dr. Dubovi said there is some evidence that dogs infected with H3N2 shed the virus for longer periods than dogs with H3N8.

Although the disease in most cases is mild, it’s highly contagious and can spread rapidly any time large groups of dogs gather in one place. Dog shows are a prime example. Last year, the virus blew through the dog show community, sickening hundreds of dogs and killing several. Because both strains are relatively new, many dogs haven’t been exposed to or vaccinated for the viruses.

Boarding kennels, dog daycare centers, dog parks, and animal shelters offer other opportunities for the virus to spread. The trend of people bringing their dogs to public spaces, workplaces, hotels, and restaurants with outdoor seating or traveling cross-country with them by plane, car or recreational vehicle contributes as well.

The virus doesn’t survive long in the environment, but humans can carry it from dog to dog on clothing and hands.

“The people, of course, can’t get infected by CIV, but they can be contaminated if they’ve been around infected dogs shedding virus into the environment,” said Dr. Crawford, who recommends that veterinarians, veterinary staff, and boarding kennel and grooming shop employees consider protecting their own dogs through vaccination. “We have many cases to provide evidence of transmission of CIV from infected dogs at a boarding facility or veterinary clinic. The staff or veterinarians caring for these dogs go home at the end of the day without washing hands or changing clothes and bring the virus into their household and their dogs subsequently become infected.”

Canine influenza can’t be diagnosed on clinical signs alone. It is most accurately tested for by swabbing the nasal and pharyngeal cavities of suspect dogs and submitting the swabs to a diagnostic laboratory that offers the PCR test for both H3N8 and H3N2 canine influenza, Dr. Crawford said. The test is most accurate when swabs are collected in the first few days of illness.

Practices in areas where the virus is prevalent need a plan for managing dogs with acute respiratory infections without putting other dogs at risk. That may include examining those dogs while they remain in the owner’s vehicle and, if they need hospitalization, keeping them in a secure isolation space with tight biosecurity precautions. Clothing, including shoes, equipment, surfaces, and hands should be cleaned and disinfected after exposure to dogs showing signs of respiratory disease.

Warn clients of the contagious nature of the disease, said Raelynn Farnsworth, DVM, clinical assistant professor at Washington State University. Dogs who appear to have recovered can still be infectious.

In mild cases, dogs display typical clinical signs of coughing, sneezing, and nasal discharge for two to three weeks or as long as 30 days. The viruses compromise the natural defense systems of the upper respiratory tract, and some dogs infected by either virus will progress to severe and even life-threatening pneumonia.

“If somebody waits a week to get their dog treated, they could be waiting too long,” he said.

Should you advise clients to vaccinate dogs for canine influenza? That depends on three factors: location, lifestyle, and risk tolerance. 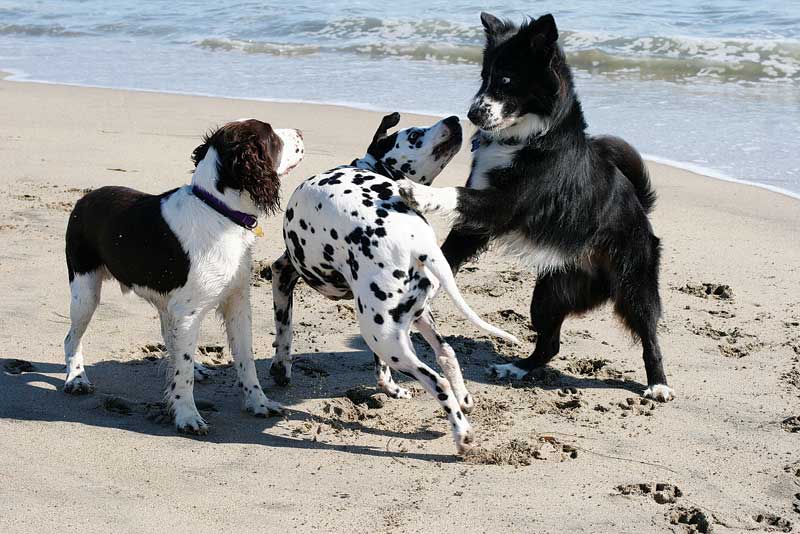 The canine flu vaccine is considered a lifestyle inoculation, not a core vaccine. Practices with a high percentage of clients who participate in dog sports or whose dogs are highly social as far as going to dog parks, dog-friendly beaches, grooming salons, and boarding or daycare kennels may want to discuss with owners the likelihood that their dogs could be exposed to the virus.

Any dog without immunity conferred by a prior infection or vaccination can develop canine flu, but very young or old dogs, dogs with chronic health conditions, or dogs with certain anatomic features are at higher risk for consequences from the disease. That risk group includes brachycephalic breeds such as bulldogs, pugs, and Pekingese. Their flat faces make it difficult for these dogs to breathe under normal circumstances, and an upper respiratory infection exacerbates the problem.

Shelter veterinarians should have a plan to vaccinate all dogs on admission, followed by a booster vaccine two weeks later if they are still on the premises, said Crawford, who teaches shelter medicine at UFL. Follow up on dogs adopted or transferred to rescue groups to ensure that they receive the second dose that will protect them and other dogs in the community.

The newest vaccine is Vanguard, a bivalent vaccine released in December by Zoetis that protects against both strains known to be circulating in the United States: H3N2 and H3N8.

While the vaccines induce immunity, they don’t necessarily prevent infection in an individual. But a dog who has received the vaccine is likely to experience a less severe and less lengthy form of the disease, Dr. Dubovi said.

“The vaccines under the best of conditions are not going to prevent infection,” he said. “They rarely would ever do that, but what they will do is reduce the amount of clinical signs associated with the infection and reduce the period of time of the virus being shared from one dog to another.”

More important, said Dr. Crawford, the canine vaccine has been shown to protect against pneumonia. The newer strain, H3N2, may cause more severe disease and pathology in the lungs. A higher percentage of dogs with H3N2 develop pneumonia, so the vaccine can be protective in that way.