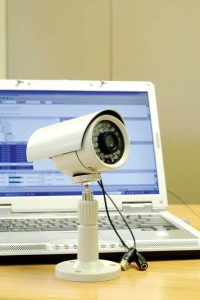 A veterinary practice owner in Pennsylvania was recently charged with 10 counts of violating the state wiretapping law by secretly recording workplace conversations. If convicted, the practice owner could be imprisoned for up to seven years and be required to pay a fine of up to $15,000 for each offense. At the practice owner’s arraignment, bail was set at $25,000.

How did this happen?

Well, according to news reports, it went something like this: An employee discovered a video camera in one of the treatment rooms and suspected she was being taped. She reported this to the authorities. In the ensuing investigation, others voiced similar concerns. Investigators, in turn, seized the practice owner’s iPhone and determined it contained 275 recorded conversations that were “surreptitious in nature and made without the knowledge of the persons speaking.”

This harrowing scenario raises an important question: What are the boundaries of electronic surveillance of employees in the veterinary setting?

Under the federal wiretap law, the Electronic Communications Privacy Act (ECPA), an employer may not use an electronic device to record or eavesdrop on the wire, oral, or electronic communications of its employees. This applies to telephone calls and in-person conversations.

However, the ECPA has two important exceptions.

Second, an employer may surreptitiously monitor employee telephone calls in the “ordinary course of business” via extension telephone. For this exception to apply, the employer must have a legitimate business reason for monitoring the call, such as to assess customer service. Once a phone call is determined to be personal in nature, the monitoring must immediately cease (as it should be clear at this point that further monitoring would not advance a legitimate business goal).

Employers who violate the ECPA face stiff penalties. Criminal sanctions include up to five years in prison and fines of up to $250,000. In addition, victims may bring civil lawsuits for actual damages, punitive damages, and attorneys’ fees.

Many states have wiretap laws that provide greater protections to employees than the ECPA. For instance, in California, Connecticut, Florida, Illinois, Maryland, Massachusetts, Michigan, Montana, Nevada, New Hampshire, Pennsylvania, and Washington, the “consent” exception requires all parties to the communication to give advance permission for any recording or monitoring to take place.

Veterinary employers typically have more leeway to conduct video surveillance of their employees. In this regard, there is no general federal law addressing video monitoring in the workplace, and while a growing number of states are imposing statutory restrictions, such limitations are mainly geared toward restrooms, locker rooms, and other nonpublic areas.

All video monitoring not subject to such restrictions is typically governed by the general privacy laws of the state in which the monitoring takes place. As a general rule, such laws balance the employee’s reasonable expectation of privacy against the practice’s legitimate business interests to determine whether the monitoring is lawful.

While a practice may not necessarily need to provide advance notice of the surveillance in order for the monitoring to be lawful, such notice may eliminate any expectation of privacy and, in turn, help shield the practice against liability. However, giving a “heads up” also might undermine the purpose of the surveillance, for example, if the camera is intended to catch employee theft.

As for location, employees generally have the least expectation of privacy in the parking lot and areas outside the facility. Their privacy expectation should remain relatively low in reception and other public areas of the hospital, but will increase in break rooms and other employee-only areas. Of course, privacy expectations will be highest in bathrooms, changing rooms, and the like, and it would be difficult for practice owners to justify monitoring such places.

Significantly, using video cameras that also capture audio implicates the federal and state wiretapping laws. This is what led to criminal charges against the Pennsylvania practice owner described in the introduction to this article. In that case, the video monitoring alone may have been lawful, but the unauthorized recording of conversations (if proven to have occurred) was not.

(Please note the National Labor Relations Act prohibits video surveillance that might chill union organizing, but this topic is beyond the scope of this article.)

Under the federal Stored Communications Act (SCA), it is generally unlawful to access another person’s stored emails without that person’s consent.

Fortunately, the SCA has an exception for “providers” of the electronic communication service. Under this exception, employers generally may access employee emails stored on company email systems. However, they may not secretly access the personal or cloud-based email accounts of current or former employees (e.g. personal Hotmail and Gmail accounts).

So, for example, secretly accessing an employee’s personal Gmail account where the login page auto-populated would likely violate the SCA, as would secretly monitoring personal emails from a cloud-based account that became stored in the “cache memory” of a practice computer.

In sum, your employees’ work-related emails stored in the practice’s email system should be fair game. But accessing anything else without consent presents a substantial risk.

Workplace privacy in the digital age is an increasingly complex area of the law rife with nuances, developments, and state-law distinctions. As such, practice owners considering any type of electronic monitoring should proceed cautiously and only with the assistance of experienced employment counsel.