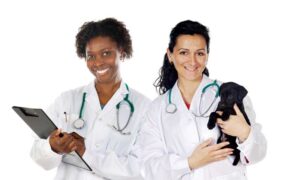 Which one of the following scenarios is more likely to take place at your practice?

John needed to makes copies of the anesthesia log. He placed the document in the copier, pressed the “start” button and… nothing happened. He walked away, cussing at the stupid piece of (junk), and ended up using the last copy of the anesthesia sheet. “Somebody should finally do her job and get us a new copier,” he mumbled.

At a different clinic, Joy wanted to make copies of a consent form. She positioned the master copy in the machine, pushed the “copy” button and… nothing happened. She went to the practice manager and reminded her that, according to the repairman, it was time to get a new copier. Two days later, a new copier was installed. The good news: it was on sale. The bad news: it was a terrible choice. Receptionists hated it. Technicians hated it. Doctors hated it. People complained about it for years. But the practice manager felt good about doing her job.

At yet another hospital, Mary had to photocopy the travel sheet. She put the document in the copier, pressed the green button and… nothing happened. She had heard the warnings from the repairman. If his last fix didn’t work, they’d have to buy a new copier. So she decided to take on the project of choosing the best possible copier/fax/scanner/printer combination for the practice.

She asked herself: “Well, who makes copies here? Who needs to print? Who scans? Who faxes?” She realized that receptionists, technicians, and doctors were using the machine in different ways.

So Mary then sent a quick email to all her colleagues: “Guys, our all-in-one copier is dead—for good this time. RIP. Do you have any special requirements? Do you need any unusual features that would make your life easier? If you are interested in helping me choose a new one, please join me in the meeting room at 6 p.m. today. If you cannot meet with us, but have special requests, please message me today. We cannot live without a printer, so we need to reach a decision ASAP. Thank you.”

That evening, four people joined Mary to brainstorm:
• Jody, a receptionist, said she dreams of a printer that better integrates with the computers upfront;
• Jennifer, the practice manager, thought a copier that can staple would be convenient when staff and client handouts are printed;
• Julia, a nurse, explained it would be nice to have a color printer so her colleagues and she could print nice dentistry reports with color pictures to give to pet owners; and
• Joe, a surprise guest invited by Mary, made several critical recommendations about print resolution, network connectivity, and duplex printing. (Mary thought he would be an important person to consult with, given he’s the IT guy.)
An hour later, the team had chosen a great copier that would fit everybody’s criteria. Jennifer approved the cost, and the very next day, Joe installed the brand new copier.

Out of pity for John,* we won’t comment on Scenario 1. Scenario 2 is all-too-common at practices across the nation. But what exactly happened in Scenario 3?

Surely you noticed two important details:
1) The story doesn’t say what position Mary holds in the practice, yet she behaved as a true leader. She took ownership of the problem and created a team around her. And she made a decision that will affect every single team member in the building for years to come.
2) The copier is merely an example. What Mary ordered is irrelevant. Every day, bad decisions are made by people who really shouldn’t make them. Think about our three scenarios, replayed with a dental X-ray machine, new practice management software, or even a new paint job.
“Mary did not act as a typical powerless employee, but as a stakeholder” explains Chuck Blakeman, founder and chief transformation officer of the Crankset Group, and author of Why Employees Are Always a Bad Idea: And Other Business Diseases of the Industrial Age.

This philosophy, called two-step decision-making, entails two life-altering concepts:
• Decisions should be made where they are carried out
• Anyone affected by a decision should have input
Let’s review what Mary did here:
• Rather than dropping the problem in someone else’s lap, she took care of it
• She invited whoever would be affected by the choice of a copier to chime in
• She sought input from multiple people who had something important to contribute
• She had her manager approve the expense
• She even obtained input from a specialist (Joe, the IT guy) to benefit from his expertise

You May Also Like  Behavioral changes: Don’t ignore these red flags

This is how the best possible decisions are made.
“Sadly, we are still using factory system management. We’re telling people what to do. We’re taking their humanity away. They don’t make decisions anymore” Blakeman says.

Do you think Scenario 3 could only happen in a utopian world? Blakeman has advised many leaders that would prove you wrong.

Let’s use a soccer analogy to illustrate what the participation age looks like. The coach trains, mentors, and guides the players. Then he gets out of the way, moving to the sidelines. He is focused strictly on the results.

Then the coach (synonym for leader) does something a manager will never do. He says, “Go play the game. Figure out how to get the ball in the goal. I’ll be on the sidelines if you need my input.”

Phil Zeltzman, DVM, DACVS, CVJ, Fear Free Certified is a board-certified veterinary surgeon and author. His traveling surgery practice takes him all over Eastern Pennsylvania and Western New Jersey. You can visit his websites at www.DrPhilZeltzman.com and www.VeterinariansInParadise.com.

* Of course, the author and Veterinary Practice News have nothing against people named John, even if they curse at innocent copiers. If your name is John, we actually like you. Names were chosen randomly. Honest!