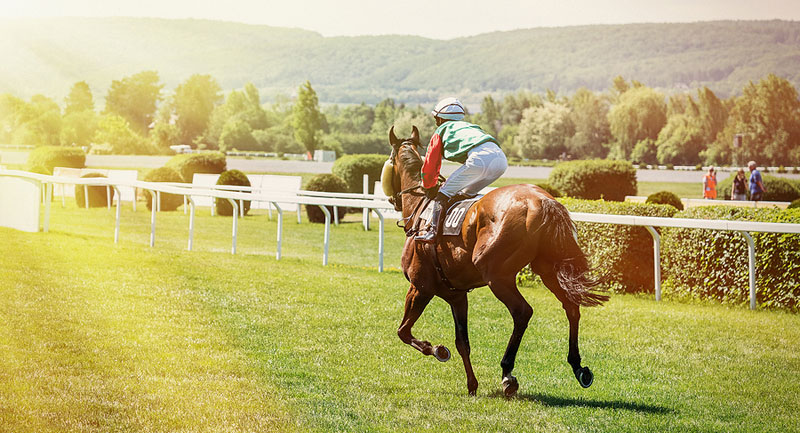 Eliminating the administration of illicit, gene doping therapies in racehorses and other equine athletes is the driving force behind a new development out of the University of Pennsylvania School of Veterinary Medicine (Penn Vet).

Researchers have created and validated a quantitative test to detect the presence of a potential gene-doping agent in the joint fluid and blood of a horse.

The research, which was supported in part by the Pennsylvania Horse Breeders Association (PHBA) and the Pennsylvania State Horse Racing Commission (PHRA), offers a “significant breakthrough” in the fight to advance the welfare and integrity of sport, both for horses and humans, Penn Vet says.

“As breeders, protecting the health, safety, and wellbeing of our horses is a deeply profound and personal priority for our membership,” says PHBA’s executive secretary, Brian Sanfratello. “These scientific discoveries get us one step closer to our dream of someday keeping equine sport completely clean.”

Gene doping agents trigger cells to produce performance enhancing proteins, according to Penn Vet. These proteins are often elusive due to their similarity to those that naturally occur within the body, making it difficult to determine whether or not an animal or human has had gene therapy administered.

Penn Vet’s research team, led by Mary Robinson, PhD, VMD, DACVCP, director of the Equine Pharmacology Laboratory at the college’s New Bolton Center, has developed a real-time polymerase chain reaction (PCR) test to detect whether a specific gene therapy agent has been injected into the joint of a horse.

Additionally, the test can perceive the agent in the animal’s blood up to 28 days after administration. This window, researchers say, could be useful before races, as well as out of competition testing.

“The ability to detect the presence of these gene doping agents in blood after local administration to joints just magnifies the implications of this game-changing development,” says Joanne Haughan, DVM, one of the study’s leads. “The science is closing in on those who seek to use these advancements for wrongful means; the more we learn with each study, the harder it will be for individuals who seek to cheat the system using gene doping strategies.”

Researchers hope to expand and refine their testing methodology to create screening tests that would successfully identify multiple gene doping agents for even longer periods of time, Penn Vet reports.

“We still have a lot of work to do to better understand the nature of biomarkers and how to fully harness their capabilities, but the science for detecting gene doping is getting there and much more quickly than any of us could have anticipated when we started this research,” Dr. Robinson says.