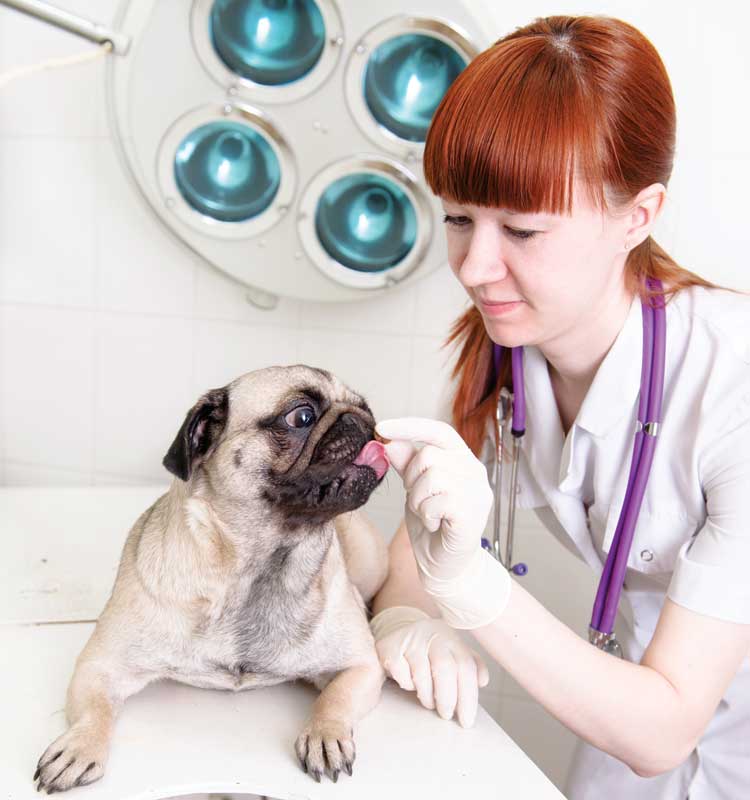 or most of my 20 years in practice, glucosamine has been seen as the most popular supplement in veterinary medicine. In terms of media buzz, cannabidiol (CBD)1 may have taken over the top spot, but regarding use and sales, glucosamine is still prevalent. Despite this popularity, there has long been controversy about the evidence for the benefits of oral glucosamine as an arthritis treatment in dogs and cats. It has become one of the most ubiquitous supplements in veterinary medicine and has remained so, despite no compelling clinical trial evidence showing it works.

Glucosamine is a natural component of cartilage and joint fluid. There are various theories explaining why it might be a useful supplement for treating osteoarthritis. It has been suggested it may help build and repair cartilage, cushion joints by increasing the viscosity of synovial fluid, retard inflammation, or modulate gene expression in beneficial ways. Evidence from in vitro and lab animal studies exists both supporting and undermining these hypotheses.

“One study was identified describing the use of a combination of chondroitin sulfate, glucosamine hydrochloride, and manganese ascorbate… to reduce clinical signs and prevent the degenerative process of osteoarthritis in dogs… Subjectively and objectively, dogs receiving this agent had no significant improvement compared with dogs receiving placebo. No adverse effects were reported. The lack of response and the limited number of controlled clinical trials make it difficult to formulate any recommendations at this time.”

“There were statistically significant or gross improvements in groups treated with glucosamine and chondroitin sulfate… However, the strength of the evidence for these treatments was low and further high-quality studies are needed before any of them can be recommended for the treatment of osteoarthritis in dogs.”

“The global strength of evidence of efficacy was low… Results were contradictory in the two studies conducted in dogs… In the only [study] performed in cats, [glucosamine] and [chondroitin] were part of a compound including other nutraceuticals that might have been responsible for the clinical effect as well.”

These reviews relied on only one or two clinical trials.5,6 Morreau (2003)5 conducted a randomized, double-blinded trial with both placebo and positive comparators, as well as objective and subjective outcome measures. This showed improvement only with the positive controls (carprofen and meloxicam), not with glucosamine or placebo. McCarthy (2007)6 performed a blinded, but not randomized, trial using only a positive comparator (carprofen) and subjective outcome measures. This study found some effects of glucosamine, though less than that seen for carprofen.

Since the most recent systematic review in 2012, several additional relevant trials in dogs have been published. Most evaluate glucosamine in combination with other supplements, which complicates assessment of their findings.

You May Also Like  DVM student enrollment on the rise

Alves (2107)9 compared glucosamine with chondroitin and hyaluronic acid to placebo in a blinded, randomized trial using subjective assessment. There was no overall difference between treatment and placebo groups.

Scott (2107)10 performed a randomized, double-blinded, placebo-controlled trial of a commercial joint supplement containing glucosamine, chondroitin, and avocado unsaponifiables. Both groups improved by subjective measures with no difference between them, again showing caregiver placebo effects. No improvement was seen in either group on objective activity measures.

Finally, Sul (2107)11 compared meloxicam and placebo to a combination of glucosamine, chondroitin, vitamin C, and zinc in a randomized, blinded trial using subjective assessments by owners and veterinarians. Subjects got either meloxicam or the joint supplement for 70 days and then were switched to placebo for 28 days. No improvement was seen with either treatment by the veterinarians, though owners reported some improvement on meloxicam. However, the meloxicam group showed significant worsening of symptoms when switched to placebo, while the subjects taking the glucosamine were either unchanged or improved when switched to placebo.

All these studies have their limitations, and none alone provides the definitive word on the value of glucosamine as an arthritis treatment. Overall, however, it is difficult to interpret this body of evidence in any way other than the obvious—glucosamine appears to provide no benefit for arthritis patients.

As usual, the evidence in humans is much more extensive and robust. Hundreds of clinical trials have been conducted in thousands of people, and dozens of systematic reviews have been published evaluating the evidence for using glucosamine to treat arthritis in specific joints. Most studies, particularly those with the most robust controls for placebo effects, find no benefit, though some do report positive effects on pain or joint structure and function. The failure to find consistent and compelling evidence of clinically meaningful benefits after decades of extensive research strongly suggests such benefits are negligible or nonexistent.

What do we know?

Based on the available body of evidence, the most reasonable conclusions regarding glucosamine as an arthritis treatment are:

Organizations of specialists in the management of arthritis for humans generally find the evidence for glucosamine unconvincing. For example, the American College of Rheumatology and Arthritis Foundation Guidelines12 strongly recommend patients not take glucosamine for arthritis of the hand, hip, or knee because, “The weight of the evidence indicates a lack of efficacy and large placebo effects.” The American Academy of Orthopedic Surgeons (AAOS) and other relevant specialty groups concur with this recommendation against the use of glucosamine.13

Despite the lack of evidence showing benefits from oral glucosamine, however, many veterinarians continue to recommend and sell these products, and many pet owners continue to buy them. Most often, continued use of these products is justified by anecdotal experience, suggesting they help some individuals.

The dramatic impact of caregiver placebo effects on our assessment of arthritis therapies8,14 and other treatments15 has been convincingly demonstrated. The many other cognitive biases that lead us to falsely believe ineffective therapies actually work are also well known.16-18 However, the very nature of such biases and placebo effects is that awareness of them does not impede their operation. We can still be easily fooled no matter how well we understand we are easily fooled.

It is probably not reasonable to expect the general public to recognize and compensate for their own biases and caregiver placebo effects, and reject the evidence of their own experience. It is not, however, unreasonable to expect this of veterinarians. As trained members of a scientific profession, we ought to understand why anecdotal evidence supporting the use of glucosamine is both unreliable and not a sufficient justification for recommending or selling it to clients.

When clients are looking for a treatment for arthritic pets, either in addition to or instead of proven medicines such as NSAIDs, it is tempting to offer them glucosamine with the attitude, “It can’t hurt and it might help.” This satisfies our need to offer something tangible, and the fact we sometimes sell these products certainly does nothing to discourage us from recommending them. Clients are often happy when they take this recommendation and see apparent benefits in their animals.

However, we know these benefits are almost certainly an illusion. Apart from the ethical problem of recommending an ineffective therapy, we undermine our ability to provide truly effective care to our patients when we foster and benefit from caregiver placebo effects. While glucosamine is likely harmless, not all over-the-counter remedies are. If we encourage our clients to try things with little to no evidence of efficacy and to rely on their subjective impressions to assess the results, how will we be able to provide effective, science-based guidance when they turn to untested or even dangerous treatments?

You May Also Like  What is the cure for heartworm disease in felines?
2
Sponsored