How many times has a pet parent looked at you, perhaps with pleading eyes, and asked, “What’s going on inside my dog’s head?” In truth, you have probably heard the question more often than you can count or remember.

Owners frequently wonder what swirls around in their dogs’ minds. Are they happy? Stressed? Lonely? What are they trying to communicate? If those concerns are attached to a behavioral change, their worry quickly becomes yours. In many cases, pet parents look to you to de-code what their fur babies are saying.

Without words, however, there is no sure-fire way to know. Still, this has not stopped the growing efforts to figure out as much as possible. Around the country, a small cadre of researchers, scientists, and veterinarians are learning more about canine cognition every day. They play games and test responses to unravel the mystery of how dogs think and solve problems.

What investigators are finding, though, also points to the various reasons behind some of each dog’s behaviors. It is all valuable information you can use in your practice, says Brian Hare, PhD, professor of evolutionary anthropology, psychology, and neuroscience at Duke University Canine Cognition Center in North Carolina.

“It’s just fascinating to know we have this relationship that began 25,000 to 40,000 years ago between two species that were directly competing. Now, humans and dogs have conquered the world together,” he says. “Today, we have these questions about what forms a warm, happy relationship and why some strategies veterinarians use to help clients who have dogs with behavioral problems work with some dogs, but not with others.”

What canine cognition tells us

Fundamentally, Dr. Hare says, these tests reveal what veterinarians already know—dogs are highly capable learners. However, there is a great deal going into how they learn, process, and understand the world around them.

Through a series of games, such as hiding food in cups or introducing the dogs to something new, investigators have identified several behaviors all breeds seem to share. Recognizing their actions can be helpful for both you and your pet parents, he says.

You May Also Like  Lower urinary tract signs in cats: What are we missing?

For example, dogs respond to the unexpected similar to the way humans do. If they see something surprising, they stare longer. Monitoring how long they concentrate can show you how much they already know and how quickly they learn. A higher level of interest also indicates better trainability.

Additionally, a ready response to a hand gesture shows how well a dog understands what its owner is trying to communicate, according to research from the Yale University Canine Cognition Center. Not only does this suggest how trainable they are, but following a pointed finger also shows the dog trusts its owner to correctly provide help.

Multiple choice games offer insights into how well dogs can differentiate items. Selecting between two boxes filled with various types and quantities of food and non-food treats shows how well a dog distinguishes between varieties of objects and amounts.

However, “failing” a cognition test, such as not recognizing object permanence, can point to keen thinking, as well, Hare explains. Based on his team’s research, many dogs who do not pass those tests actually go on to do better in training.

Understanding how a dog thinks is about more than good training, however. Explaining some other behaviors can help clients pick-up on more cues from their dogs.

For instance, Hare says, dogs know exactly what they are doing when they make that guilty face—the one that showcases the whites of their eyes so well.

“We are designed to respond to white sclera because that’s how our brains recognize another human,” Hare explains. “Dogs have a muscle that has evolved from wolves, allowing them to flash that sclera even more to get at us. Basically, it’s to have us respond to them emotionally.”

There is also an even better way to understand a dog’s growl, says Margaret Gruen, DVM, MVPH, PhD, DACVB, assistant professor of behavior medicine at North Carolina State University College of Veterinary Medicine. If you hear that rumble, it means you have overlooked the other signs of discomfort.

“Growling is never the first sign,” she says. “If we reach that point, we’ve missed something else—ears laid back, licking lips, yawning, looking away, lowering the body posture.”

As helpful as the research is with training, it is also critical for veterinarians to have a strong grasp of canine cognition from a practice perspective, says Dr. Gruen, who is board-certified in behavioral medicine. You will see plenty of patients for behavioral matters. Whether its aggression, fear, or voiding in the house, you must be ready for the conversation.

“Behavior is probably, on a day-to-day basis, one of the top three things we deal with. Sometimes there’s a gap in handling it, though,” she says. “Veterinarians may not feel equipped to talk about behavior, and their clients may not come to them to discuss behavioral problems. It can be a big reason clients are lost from a practice or why pets are lost from a home.”

However, when you have a better grasp of how a dog communicates, you have the power to help owners pinpoint what triggers a problem behavior. It also shows you to be a knowledgeable resource.

During appointments, be proactive, ask questions about their pets’ behavior, and keep copious notes in the medical record. Having this information will make it easier to pick up on behavioral changes that could be part of an emerging medical problem, as well.

Gruen recommended you pose these questions:

Continue asking questions as the dog ages, she advises. As they get older, behaviors can change—and sometimes old behaviors can mean new things. Be sure to make these inquiries during a check-up:

You May Also Like  Test your knowledge with the August Brain Teaser!

If owners are seeing behavioral differences in their older dogs, it could point to a complicated relationship between chronic pain and cognitive dysfunction, Gruen says.

Alongside any training or medical care, proper socialization is the biggest factor that can impact a dog’s overall behavior, Gruen adds. Whether your client has a puppy or they adopted an older dog, explain to them how important it is to correctly socialize their pets.

“One of the big things veterinarians can do is help parents understand what socialization really is. People sometimes think it’s just exposing their dogs to a bunch of stuff,” Gruen says. “But, actually, it means exposing them to things in a positive way and making sure they’re watching for those anxious body language signs their pet puts out. Parents need to make sure these experiences are positive.”

Explain good socialization and teaching a dog to be comfortable alone is fundamental to helping dogs keep their emotions and behaviors in check. Rather than suggesting another dog as a playmate, she says, recommend they leave their pet in rooms alone for short stints, gradually extending the time. Over time, even an older dog will be at ease on its own.

Ultimately, enlist your pet parents as partners in keeping track of how their dogs are thinking and acting, Gruen says. Clients see things on a regular basis. Even though they may not understand what it all means, they can bring it to your attention, and you can figure it out together.

“[With dogs,] there is a lot of communication going on—they communicate with us all the time,” Gruen says. “We just need to sometimes get a little better at understanding their language.”

Whitney J. Palmer is a veteran freelance writer based in Holly Springs, N.C. She has more than 20 years of experience covering animal health and human health for various trade publications and journals. 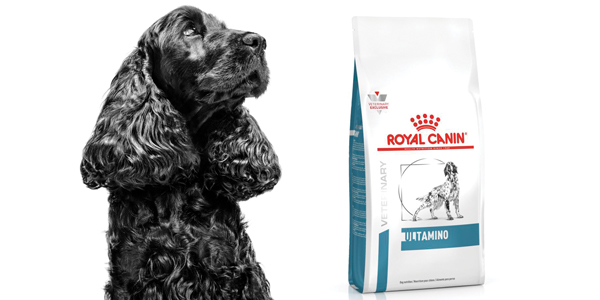