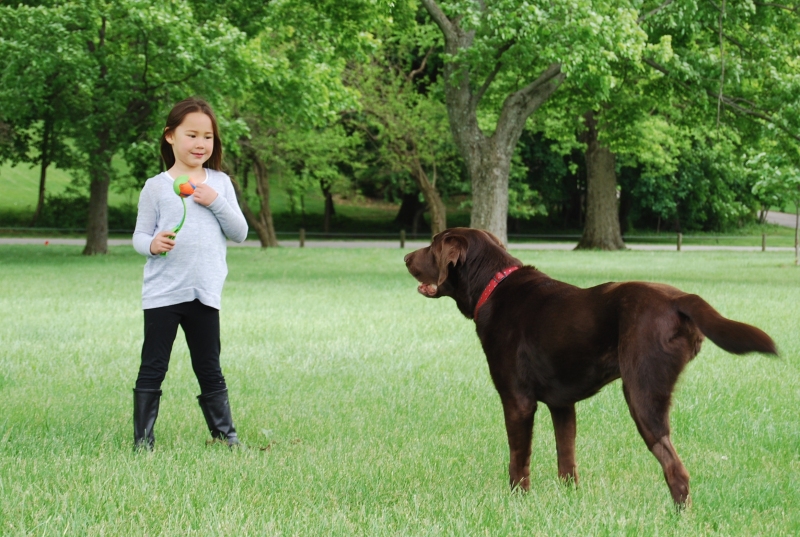 Dogs may save the day.

Thanks to a $6 million gift from Blue Buffalo Co. to the Clinical Trials Office at the Ohio State University College of Veterinary Medicine, veterinarians will conduct drug trials on cancer-stricken dogs and share results with colleagues in human medicine.

Veterinarians have danced around the notion of One Health for years, but with little impact. It’s now happening. This One Health comparative medicine partnership may save human and canine lives.

Fifty years ago, dogs weren’t thought of as models to help study cancer. Laurie Kaplan, a science writer and author of several books including “Help Your Dog Fight Cancer” said dogs weren’t diagnosed with cancers then nearly as often as today.

“There are lots of reasons for this, from far better diagnostics to clients seeing veterinarians more proactively today,” she said.

The standard line is this: “Cancers are a disease of the aged and overall our pets are living longer, so there’s more cancer to diagnose.” True enough.

However, another factor might be that dogs didn’t share our environment in quite the same way decades ago as they do today. For example, according to an American Pet Products Association survey, today about half of all dogs sleep with at least one family member and share our beds.

Dr. Cheryl London, director of the Clinical Trials Office and a professor in the department of veterinary biosciences, said, “Of course, it makes perfect sense; sharing the environment must mean something.”

Human medicine is beginning to come around.

Dr. Joel Mayerson, a professor of orthopedics and chief of the Musculoskeletal Oncology Division at Ohio State, said the environmental component of most cancers is not completely understood.

“But we do know dogs get many of the same cancers that we get, and sharing our environment must play a role, though we don’t quite understand what that is,” he said.

He added: “Understanding this mystery might be more than we can realistically expect anytime soon. But we can’t find it if we don’t look.”

Putting Money to Use

Mayerson is hopeful of discovering new drug therapies because of the $6 million gift.

The first collaborative project using the gift, which was announced May 19, is a clinical trial for osteosarcoma. This common cancer of some larger-breed dogs is identical to osteosarcoma in children. According to Mayerson, about 800 to 900 children or teens are diagnosed annually.

The prognosis varies depending on the stage of the tumor when it is detected, the course of treatment and other factors. The survival rate for human osteosarcoma patients who undergo chemotherapy and surgery and who have no metastases is approximately 70 percent. Survival rates for patients who have metastases to the lungs or other bones are 20 to 30 percent if the affected tissues are successfully removed.

While most children or teens diagnosed do survive, what if your child is among the percentage that succumb?

“We hit a treatment wall many years ago,” Mayerson said.

He noted a harsh reality.

“No drug company is going to spend hundreds of millions to save only a few thousand kids,” he said. “However, if a drug appears to work in dogs, finding the money—still millions, but fewer millions—to test that drug becomes more plausible.”

Another significant factor is that veterinary medicine isn’t bound by the same regulatory issues as human medicine, so novel drugs can be more easily tested in dogs.

Also, veterinary medicine is far more adaptable and speedier than human medicine. Things simply get done faster. It takes about five years to enroll kids into a clinical trial and then another five years or more to determine results.

Over the past 10 years, the Blue Buffalo Cancer Foundation has gifted over $12 million to better understand and treat cancer in dogs. Bill Bishop, founder and chairman of the Wilton, Conn.-based pet food maker, simply said, “When it was described how learning in canine cancers can parallel cancers in people, why not do two good things at once? Supporting clinical trials is supporting where theory may meet reality.”

You May Also Like  CBD or CBD and THC combined?

Nearly all dogs diagnosed with osteosarcoma ultimately succumb as a result of the disease, London said.

“I thought, ‘Well, that’s an odd request,” Brasky recalled. “Then the veterinarian returned to the room and gave me that look that something is very wrong.”

It was. Brasky agreed to have Marley’s affected leg amputated and to start him on a chemotherapy regimen. He knew very well the treatment likely would buy only limited time.

As it happens, Brasky is a cancer epidemiologist at Ohio State’s Comprehensive Cancer Center. Given the opportunity, he enthusiastically enrolled Marley into the osteosarcoma clinical trial.

Marley is one lucky and loved dog. Instead of birthday presents for herself, Brasky’s 6-year-old daughter Ellie requested dog toys for Marley. Friends, neighbors and The Kong Co. heard about Ellie’s dog toy party via social media and donated a boatload of toys for all the dogs in the trial.

“It’s all proof of how people come together for dogs and how dogs are a part of the family,” Brasky said. “The trial is not a blinded study, and we know we’re on a control drug. For now, Marley is doing well.”

Still, not everyone is willing to go that extra mile for science, even if the potential exists to help people. Kaplan said that position is understandable.

“What if the experimental drug makes a dog ill?” she said. “It’s reasonable to ask, ‘Is it fair to put your dog through a trial which may not work? What if you refuse to have your dog on a placebo?”

While those may be fair questions, Dr. Philip Bergman, a Bedford Hills, N.Y., veterinary oncologist and director of clinical studies for VCA animal hospitals, pointed out that depending on the individual study and protocol, people can be unblinded and their pet immediately treated. The problem is that for many cancers, there is no great treatment in the first place.

Bergman helped develop a melanoma vaccine in hope of helping dogs and people. Oncept became available for dogs in 2007 and is used off-label in cats and horses, but it still hasn’t been approved for people.

Some veterinarians are critical of the vaccine’s efficacy, but that’s not really the issue.

Bergman’s science partner is Memorial Sloan Kettering Cancer Center in New York, where a more recent focus has been to better understand checkpoint inhibitors. In short, the immune system depends on multiple checkpoints, or “immunological brakes,” to avoid overactivation of the immune system against healthy cells. Tumor cells use these checkpoints to escape detection.

Bergman supports the decision to focus resources on “sexy research” into checkpoint inhibitors because the findings could help people with several types of cancer.

But back to mice and dogs.

“The reality is that 95 percent of the time, if the treatment appears great in mice, that artificial system doesn’t hold up in people,” Bergman said. “There’s no doubt dogs are better models.”

Also, helping dogs is simply the right thing to do.

“As complex as osteosarcoma is because of the genetic coding,” Mayerson said, “I am optimistic we can find a solution, likely using a drug or a cocktail of drugs not previously researched.”

He added, “Our relationship with veterinarians here [at Ohio State] truly is a partnership—one that I believe is mutually beneficial.”

Steve Dale writes every other month for Veterinary Practice News. He is a certified animal behavior consultant, hosts two national radio shows, writes newspaper columns, and speaks at animal welfare and veterinary conferences. His blog is at www.stevedale.tv.

Originally published in the July 2016 issue of Veterinary Practice News. Did you enjoy this article? Then subscribe today!