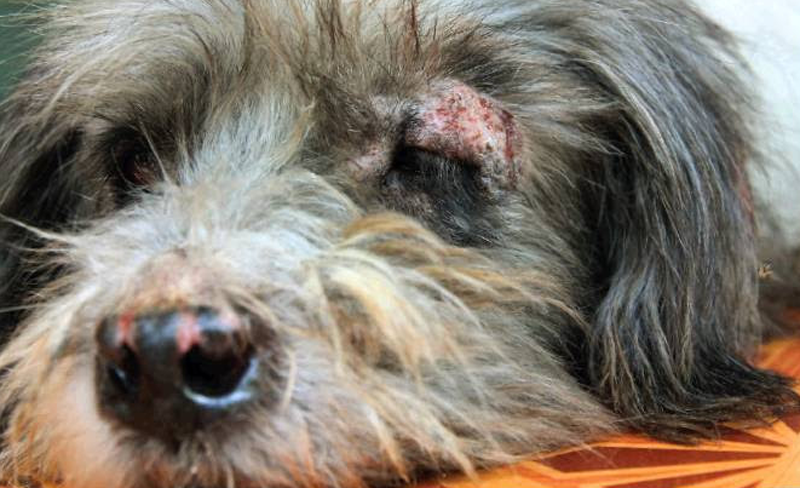 While conventional therapies can be effective at relieving clinical signs, using a more holistic approach to encourage healing is a worthy goal. I have found numerous holistic therapies helpful in dealing with my atopic pets.

Atopy is defined as a genetically predisposed inflammatory and pruritic allergic skin disease associated most commonly with IgE antibodies to environmental allergens. The disease recently has been shown to also be associated with changes in both cutaneous and circulating lymphocyte populations, characterized by the production of various cytokines such as T-helper 2, T-helper 1, T-helper 17 and regulatory T-cell responses. A variety of noncytokine factors (S100A8, serum amyloid A) are also associated with atopic inflammation. Atopy may begin seasonally but often becomes a year-round chronic problem.

Antihistamines, which typically work in only 10 to 20 percent of patients—as histamine is not the major mediator of itching—reduce histamine. Newer therapies include cyclosporine (Atopica, from Elanco Animal Health), which suppresses T-helper and T-suppressor cells and inhibits interleukin-2, and oclacitinib (Apoquel, from Zoetis Inc.), which inhibits the function of a variety of pruritogenic and pro-inflammatory cytokines that are dependent on JAK1 or JAK3 enzyme activity.

In my practice I will try various antihistamines if I find that I’m using corticosteroids more frequently than I desire. I typically rely on very low doses of corticosteroids as my drugs of choice for atopy treatment.

When I lecture to doctors and ask them, “What is the correct dose of steroids for atopic patients?” they usually don’t answer, or they answer incorrectly. When I ask lay audiences the same question, I typically get the correct answer, which is “the lowest effective dose that doesn’t cause side effects.”

A variety of natural therapies prove helpful in my practice for the treatment of atopic dermatitis. No one therapy works in every patient, and experience will dictate the best approach. Additionally, holistic doctors have their favorite therapies and I’m not promoting any one specific brand of product. (I’ve developed my own line of products that I typically use, and I will mention those and other brands as my prototypical therapies.)

Bathing with the proper shampoo is one of the most important things that can be done for the itchy pet. Regular, even daily, bathing removes allergens, scale and odor, and it can treat mild secondary infections. I use an organic-based anti-itch shampoo I developed called Itch Relief; others that can work contain mild ingredients such as aloe vera and oatmeal.

Some new products contain ceramide to help restore the normal skin barrier that is compromised in many atopic pets. These include Allerderm Spot-on (Virbac Animal Health) and Dermoscent Essential 6 (Aventix).

Omega 3 fatty acids (EPA and DHA) are helpful for reducing C-reactive protein and inflammation. Fatty acids improve the skin and hair, and enhance the epidermal barrier by modulating leukotriene and prostaglandin synthesis. They also restore the normal composition of lipids in the skin and modulate lymphocyte functions.

My starting dose for EPA and DHA is 500 milligrams per 25 pounds of body weight, two or three times daily. As in people, while fatty acids may reduce inflammation soon after administration, six months or more may be needed for them to become a normal part of cell membranes.

Flaxseed oil, which is also rich in omega-3 fatty acids, is not the fatty acid of choice for pets, as they contain inactive omega-3s that must be converted to eicosapentaenoic acid (EPA). Unfortunately, conversion in dogs is only about 10 percent at best, so fish oil is a better source of omega-3 fatty acids in dogs.

Ultra EFA by Rx Vitamins for Pets is a prototypical product that is easy to administer and accepted by many pets. Freshly ground flaxseed has health benefits, especially due to its lignan content. I recommend 1 teaspoon per 10 pounds of body weight placed on the pet’s food at each feeding.

Since atopy involves oxidative damage to the skin, antioxidants can be helpful. I prefer herbal antioxidants such as curcumin, ginger, ginkgo, licorice and ginseng. In general, a mixed antioxidant blend is preferred over single ingredient products. It also reduces the cost and the number of supplements that must be given. I developed a blend of herbs that help my patients, called Advanced Antioxidant Formula. Other products that can be tried include Cell Advance from VetriScience Laboratories.

Herbs can be helpful, as they can reduce inflammation and aid in detoxification. Specific herbs I have used include gypsum, anemarrhena, burdock, rehmannia and dong quai in a product called Xiao. These herbs have shown anti-inflammatory and anti-pruritic activity. Think of them as a natural alternative to corticosteroids. Another product that can be helpful for atopic pets is Allergy Skin and Coat from Vet Classics.

Homeopathics are often used in combination with other supplements to help pets suffering from atopy. While traditional homeopathy is challenging, to say the least, when working with pets compared to people, certain homeopathics are recommended based on “provings” and personal experience. Those I’ve found most helpful include homeopathic sulfur, pulsatilla, arsenicum album, Rhus tox and hepar sulfur.

Immune support via administration of probiotics is becoming a mainstay of natural therapies for pets that have a variety of conditions. This makes sense for two reasons. First, the gastrointestinal tract contains the largest collection of immune cells in the body. Second, “leaky gut” syndrome can be caused by repeated use of antibiotics, antifungals and corticosteroids.

Immunotherapy, while not typically thought of as a natural therapy, is generally safe and is something I try in pets that don’t respond to an integrative approach. Injectable therapy has been used for years, and recently sublingual immunotherapy has become available. It has a similar success rate to injectable immunotherapy (60 to 75 percent) and offers advantages in that it is available as oral drops or sprays, can be effective in three to six months—I tell owners to give it at least 12 months—and does not need refrigeration. Anaphylaxis is very rare.

Putting It All Together

For a practical approach to atopy, here’s what I do.

For pets with mild pruritus and skin disease, no conventional medications are used. Instead, I prescribe daily bathing with an organic herbal shampoo plus one or two homeopathics, such as Xiao herbal remedy or something similar, a good fatty acid and a balanced antioxidant.

Pets with more severe signs might require short-term treatment with low-dose corticosteroids, or regular dosing of an antihistamine added to the basic regimen.

Diagnostic testing is often needed to confirm the suspected diagnosis or for secondary infections. Testing can include skin scrapings, skin cytology, skin fungal culture to look for ringworm, a full blood profile, including adrenal and thyroid testing, a skin biopsy and culture and sensitivity, and blood allergy testing with a food trial, if indicated.

The good news is that with patience and an individualized approach, most itchy pets can be treated successfully with minimal use of conventional medications.

Holistic veterinarian Dr. Shawn Messonnier is a speaker, author and owner of Paws and Claws Animal Hospital in Plano, Texas.