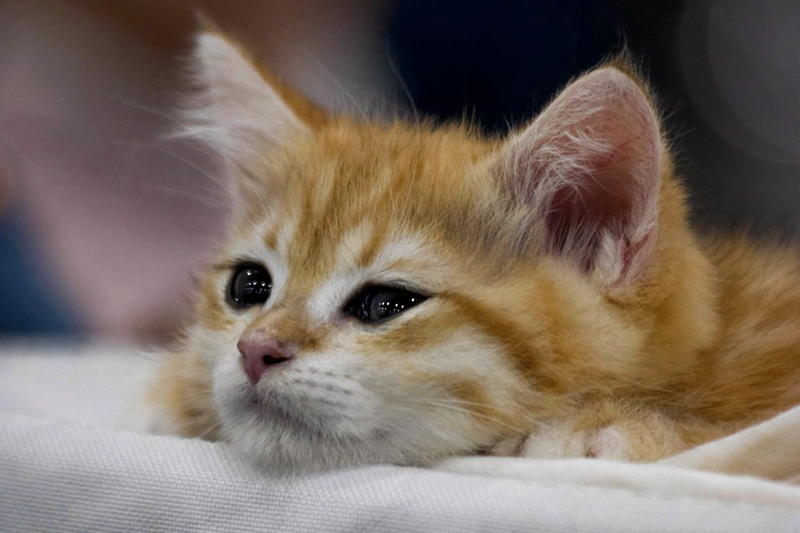 Understanding the intrinsic bond between a kitten and its mother might be the key to improving the care of young cats in shelters and foster homes.

New research out of the University of California, Davis (UC Davis) demonstrates orphaned kittens experience higher levels of stress when briefly removed from their nests in the first weeks of their life than those who were mother-reared.

The study looked at kittens and mother cats cared for in foster homes (no animals were deliberately orphaned, UC Davis says). Researchers separated orphaned and mother-reared kittens from their nest and littermates for two-minute periods, recording the number of vocalizations displayed by the animals, as well as their overall level of activity. These behaviors were noted because they are often exhibited by young animals when they are separated from their mothers as a way to find their way back to their nest.

The researchers observed more crying and movement in orphaned kittens as compared to those who were mother-raised. The findings, they say, suggest the effects of early maternal separation persist for at least the first few weeks of a cat’s life.

Young kittens naturally spend most of their time with their mothers and the long-term effects of being orphaned are largely unknown. The study, UC Davis says, could improve the care of kittens put in animal shelters or foster homes in the event of early separation.

Researcher Mikel Delgado, PhD, a postdoctoral fellow at the UC Davis School of Veterinary Medicine, emphasizes the findings do necessarily mean kittens raised apart from their mothers will have a tougher upbringing.

“Although we are interpreting these behaviors as signs of stress,” she says, “it’s important to note orphaned kittens receive specialized care, and there may even be some benefits to being hand-raised by humans, especially if kittens have littermates for appropriate social interactions.”

The study, which was supported by Maddie’s Fund and the National Center for Advancing Translational Sciences (NCATS), National Institutes of Health (NIH), has been published Applied Animal Behaviour Science.