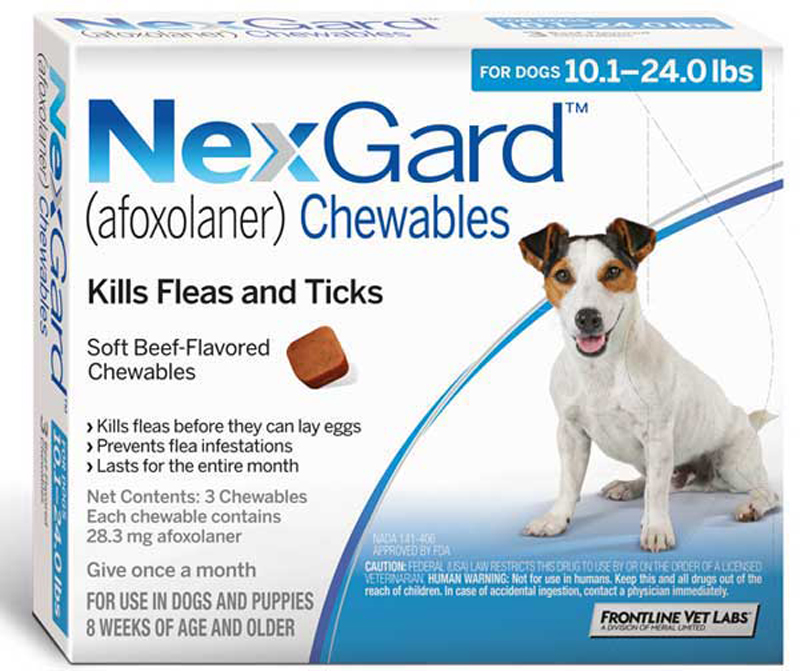 NexGard (afoxolaner) Chewables, which the U.S. Food and Drug Administration approved last year as a flea and tick preventive, is now indicated to protect against the black-legged tick and the Lone Star tick.

The manufacturer, Merial Ltd. of Duluth, Ga., reported the update today in regard to ticks linked to Lyme disease, babesiosis, anaplasmosis, ehrlichiosis and tularemia.

"As ticks continue to become more of a threat and spread to new geographic areas, treatment with a product like NexGard, which kills both fleas and ticks, will be especially important," said Hal Little, DVM, Merial's director of field veterinary services.

Laboratory studies found that NexGard was highly effective against the black-legged tick (Ixodes scapularis) and the Lone Star tick (Amblyomma americanum) 48 hours after treatment and that it maintained efficacy for one month, Merial stated. The initial claim involved the American dog tick (Dermacentor variabilis).

The active ingredient, afoxolaner, is formulated to kill fleas and ticks for 30 days.

NexGard, a vegetable-based, meatless chew, is approved for use in dogs and puppies at least 8 weeks old and weighing four pounds or more.