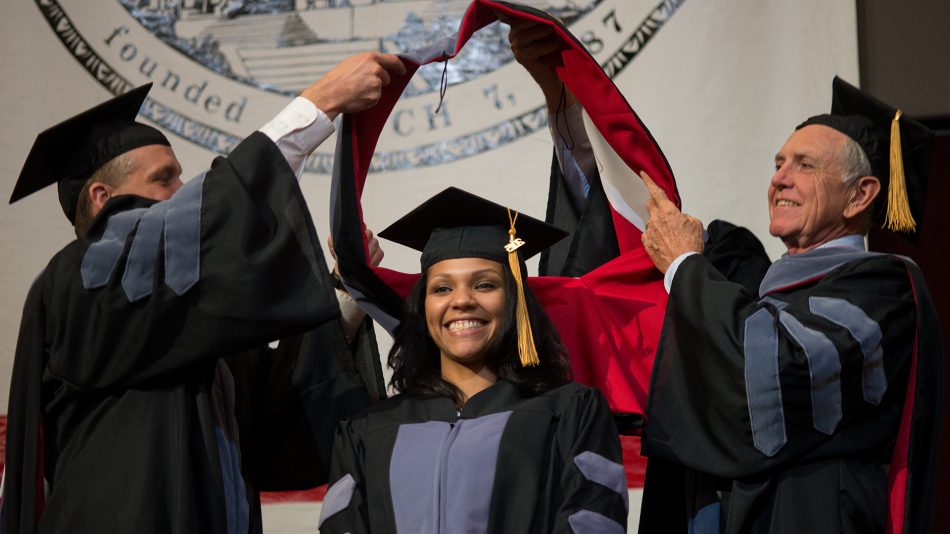 North Carolina State College of Veterinary Medicine recently celebrated its largest graduating class ever with 98 graduates. Members of the Class of 2016 took the Veterinarian’s Oath during the Oath & Hooding Ceremony in early May.

The NC State College of Veterinary Medicine was established in 1979 and graduated its first class in 1985 when 37 students received the DVM degree.