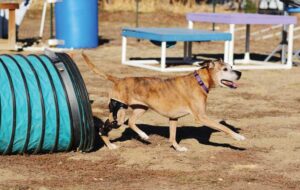 Initially, injured ligaments simply become weaker than these negative forces combined. Partial tears/stretching of the ligaments are very common, and they often become full-blown tears with continued degradation (Vasseur 1984). Trauma may play a terminal part, the “last straw” or culmination of weakness. Surgical repair of cruciate ligament rupture (CR) costs Americans billions of dollars annually. Given that up to 50 percent of dogs with cruciate ligament tears may develop similar injuries in the opposite limb within six to 12 months of a unilateral injury, it’s easy to see how surgery can be big business. Unfortunately, it is often an overwhelming and simply unattainable process financially and physically for many pet owners.

What are the options?

Traditionally, nonsurgical veterinary cruciate management has been an option only for dogs weighing less than 20 kg; larger patients are advised to pursue surgery. However, surgery may not be an option for many canine patients due to family economics, the pet’s age weighed against investment, the patient’s comorbidities, including obesity and other joint arthritis, or even postoperative care issues (e.g. time and financial investment, patient restraint and altered lifestyle, and environmental concerns). So what can we do for these patients?

There is actually “much ado” in the realm of so-called “conservative” cruciate injury management. The terms “healing” and “recovery” are used in describing this approach (versus surgical “repair”), as the process is one of progressive slower recovery as opposed to sudden restoration, fix, or reparation typical of various arthroscopy or surgical approaches. Nonsurgical management should be considered neither easy nor cheap, but rather one requiring tough love, much human effort, and careful management. It also may not be successful in the long term. Smaller-breed and medium-size dogs usually can recover “effective” stifle function quicker. One study showed that dogs weighing 15 kg or less improved to near normal function conservatively at six months compared to heavier patients. But importantly, both groups required time (i.e. months, not weeks) for improvement.

The first step is managing the owners’ expectations—namely making them aware that nonsurgical outcome requires roughly two to six months of constant management, multiple factor mitigation, altered (i.e. restrained) pet lifestyle, and a substantial time investment. They also should understand the end product is a variable distance from the start gate/perceived injury (because we are relying on many factors coming together to “heal/accommodate to” the injury as opposed to discrete surgical intervention).

Owners and patients must be screened accordingly, as conservative approaches may not be appropriate for some cases, particularly in working or heavy sport animals, dogs requiring quick return to function, and behaviorally challenged/uncontrollable young dogs (Edge-Hughes 2018). In addition, consider the requirements on the part of the caretaker, which include assisting the patient, a heavy time commitment (often daily structured rehab), strict adherence to rehab programs and tools, and most commonly, restraint of the animal for an average of four months. Ruling out concomitant or conflicting diagnoses, such as patellar luxation (Campbell et al. 2010, Bleedorn 2018), hip dysplasia (Powers et al. 2005), osteochondritis dissecans of femur and hock (Cavanaugh et al. 2007), collateral ligament damage (Woo et al. 1990), and femoral valgus/varus malformations, is essential for successful nonmedical cruciate management. And finally, acute full/unstable cruciate tears and meniscal damaged knees are best treated with surgery. However, if surgery is not an option, read onward.

An ounce of prevention

Identify and mitigate possible preventive factors for the unhealthy and the opposite healthy knee (Pierce 2014). Certain breeds pose higher risk for cruciate ligament injury (e.g. Labradors, Rottweilers, Newfoundlands, Akitas). Consider delaying sterilization of these pets, identify steep tibial slope angles on radiographs, and correct underlying other malformations (i.e. luxating patellas). Managing weight and comorbidity can reduce chronic inflammation, while not doing so can add to further capsular, tendinous, and ligamentous disease. The earlier the problems are addressed, the better the outcome, whether surgical or nonsurgical. Early conditioning and appropriate exercise programs can add greatly to long-term ligament viability. Proper firing sequence of muscle activity and balanced muscle strength are important in creating normal joint biomechanics essential to maintaining intact and healthy cruciate ligaments. Critical strengthening of both quadriceps and biceps appropriates muscle firing and gait patterns “protective” of the constant load cruciate ligaments bear. Simple exercise modifications for animals at risk include steady and well-mitigated uphill working (especially with low obstacles or low cavalettis), core strengthening, and slow steady turning/stretching and balancing exercises, all of which can aid in improved core and neuromuscular facilitation. Remember these modifications—I will return to them in this discussion of a therapeutic exercise program.

I’ve talked about choosing the right cases, owner management and education, and prevention tactics, but what can one do when a suspected CCL injury limps through your door? The pet may exhibit varying degrees of lameness, stifle joint effusion, sensitivity on range of motion, and varying degrees of cranial drawer or tibial compression. Or if the “injury” is in fact more chronic, there also may be some medial tibial buttress, joint thickening, and possible atrophy or trigger points in thigh or hip musculature. For any one of the reasons cited previously, the owner cannot move forward with surgery. What’s your next step?

Start by confirming your diagnosis as best as possible. Palpation of stifle laxity is pathognomonic for CCL rupture; however, chronic periarticular fibrosis or tenseness make evaluation difficult (Jerram and Walker 2003). Hence, a sedated exam and radiographs are often required. Infrapatellar fat pad edema, joint effusion, cranial placement of the tibia in relation to the femur, distally displaced popliteal sesamoid, osteophytes, and varying degrees of arthritic change are all common radiographic findings in canine CCL disease. In a recent study comparing orthopedic exam and radiographic examination of stifle OA, more than 88 percent of dogs with stifle OA had ruptured CCL (Ramirez-Flores et al. 2017). Radiographs rule out oncologic and septic changes, such as periosteal reactions and lymph node enlargement. Under sedation, gentle manipulation of the limb for presence of cranial drawer, tibial thrust, or increased internal rotation, especially present under stifle extension, all can indicate cruciate instability. Pay attention to limiting the actual drawer manipulation if it is present… preserving remaining integrity is crucial to nonsurgical recovery.

Arnault et al. 2009 and others have noted that ultrasound diagnosis of cruciate ligament damage is disappointing, although a bit better for meniscal damage diagnosis. Still, much training is required to master this visualization. Magnetic resonance imaging (MRI) may help guide treatment in patients with CCL damage, particularly for stable partial rupture (Fazio et al. 2018), but this imaging modality is still often out of financial reach and requires anesthesia. Arthrocentesis usually produces more thin natural fluid (versus more viscous), readily available with usually slightly increased mononuclear cells. Conversely, turbidity and neutrophil counts increase in both infectious and immune-mediated joint diseases. Biomarkers of a CCL rupture may be options in the future, but assays are not clinically available as of now. Sample et al. 2017 looked at serum and synovial fluid concentrations of C-reactive protein and carboxy-terminal telopeptide of type I collagen, as well as synovial total nucleated cell count. They found certain markers were increased in complete CR stifles relative to partial CR stifles, although total nucleated cell count in synovial fluid was increased in partial CR stifles. Boland et al. 2014 noted matrix metalloproteinase-2 activity can be significantly elevated and related to ligament rupture, but this enzyme’s involvement in chronic CCL disease still remains to be defined.

What symptoms are key to diagnosing meniscal damage? During history-taking, it is often dogs with meniscal injury that will have had chronic cruciate insufficiency/stifle lameness and then suddenly become very lame. They also often have severe lameness on stance, are nonweight bearing, and have more pain on flexion. A recent paper noted the efficacy of several physical exam techniques—including the modified tibial compression test—in “diagnosing” meniscal damage was indeed low (Valen et al. 2017). Stability absence may be an indicator, as dogs with complete CCL tears (i.e. unstable) were 9.6 times more likely to have medial meniscal disease compared to those with partial tears (Dillon et al. 2014). Conflicting reports have described the benefits of MRI and CT for investigating meniscal damage in dogs. While ultrasound has been shown to have potential for diagnosis of meniscal damage, much of the success may again depend on operator training, as well as presence of full versus partial meniscal tears. If there is a suspected meniscal tear based on palpation or an audible “clicking,” “catch,” or worsened pain on flexion (even under sedation), these patients likely would fare better with arthroscopy and surgery. Unfortunately, this is a sticking point, too, as meniscal injuries can be difficult to diagnose until after imaging, arthroscopy, or even surgical arthrotomy. They also can occur during cruciate ligament “healing.”

While the dog is sedated, be sure to take advantage of it for a few other reasons:

For detailed information on this topic, watch an in-depth webinar here.