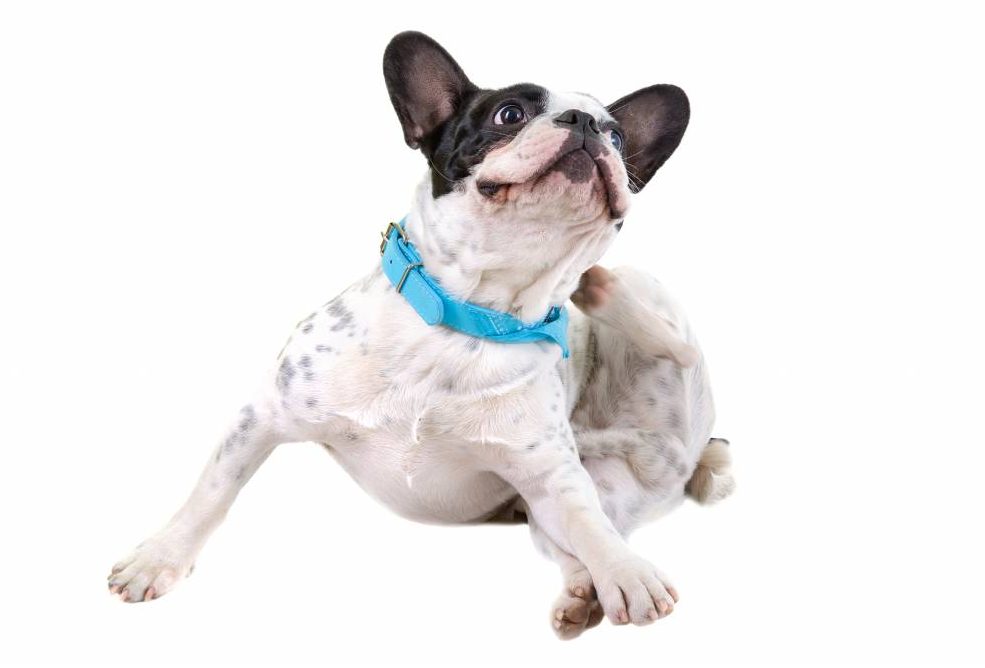 Whether it’s from allergies, bacterial infections, or external parasites such as fleas or mites, pruritus is easily among the top 10 problems veterinarians see in dogs and cats. Atopic disease alone is the No. 1 most common condition in dogs and the eighth most common in cats, according to figures from pet health insurer Nationwide. An accompanying problem is frustrated owners, who want to put a stop to their pets’ constant scratching and biting as they try to ease their discomfort.

“They work very effectively but cause numerous side effects,” he added.

To the relief of frazzled pets, owners, and veterinarians, other products are available to knock down itchiness with fewer side effects when compared to traditional corticosteroids. They also work fast, bringing rapid relief to pets as veterinarians work to manage the itch long-term through treatments that may include immunotherapy.

The most recent is Cytopoint, an injectable biological by Zoetis. It works primarily by blocking transmission of the allergic stimulus to the brain, where it is interpreted as itch, and can be used in dogs of any age or size.

It’s a monoclonal antibody that targets the cytokine interleukin-31 (IL-31), making it unavailable to bind to cell receptors. To minimize the risk that a dog’s body will recognize the antibody as a foreign invader, it was genetically engineered to have a molecular structure of at least 90 percent dog protein. An earlier Zoetis drug, an oral medication called Apoquel (oclacitinib) released in 2014, works by inhibiting the action of IL-31 after it binds to cell receptors. Its use is limited to dogs 1 year of age and older.

While they have slightly different mechanisms, both products have the goal of trying to lower IL-31 levels that trigger itching in dogs, said Catherine Outerbridge, DVM, a member of the American College of Veterinary Dermatology and the World Association of Veterinary Dermatology and an associate professor at the University of California, Davis School of Veterinary Medicine. She said some dogs respond better to one drug than the other. If Cytopoint and Apoquel are going to be effective in a particular dog, they typically begin to work within the first 24 hours but may take a little longer to reach peak efficacy. 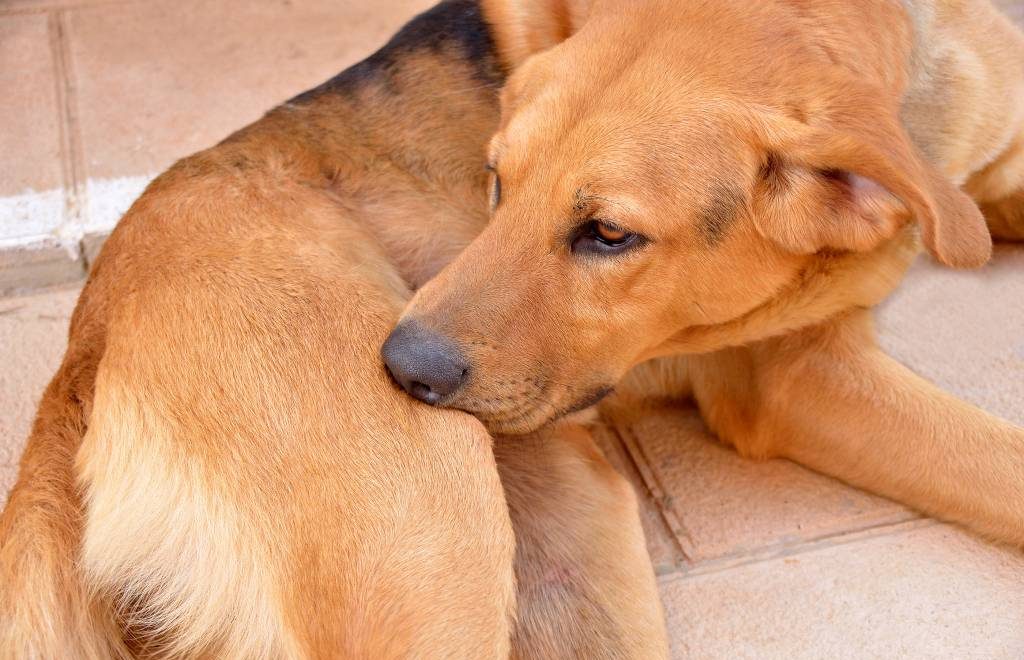 “The majority of our patients are probably hovering around four to four and a half weeks,” Dr. Outerbridge said. “But I’ve got a couple of dogs we’re seeing every seven weeks. Those particular dogs aren’t metabolizing the antibody as quickly, so it seems to be lasting long enough that it’s giving them pretty good control of their itch.”

Dosing for Apoquel, a tablet, usually starts at twice daily for one to two weeks, depending on the severity of the itch. Most animals then move to one tablet daily.

Using Cytopoint and Apoquel in tandem can also have benefits. For instance, if Cytopoint begins to wear off, owners can have Apoquel on hand to help keep the dog itch-free until they can bring him in for another Cytopoint injection. Currently, injections are done only in the clinic.

Pairing the drugs can also benefit “the worst of the worst” cases, said Ashley Bourgeois, DVM, ACVD, who practices at Animal Dermatology Clinic in Portland, Ore. “We’ll start with one of them, and if we’re seeing partial response, we’ll potentially add the other concurrently.”

Some owners say Cytopoint prevents canine itchiness for four months. In those cases, Outerbridge suspects, the injection was given at a time when seasonal or environmental conditions were changing. By the time the injection’s effect wore off at four to eight weeks, the dog’s allergies were less of an issue because pollens, molds, grasses, or other allergens were in a dormant period. She warns clients not to expect it to always last for an extended time.

Atopica, a modified cyclosporine drug released in 2003, is effective with some dogs but works more slowly than Cytopoint and Apoquel. Depending on the animal, it can be a good medication for allergies and certain autoimmune diseases, Dr. Bourgeois said.

“Every animal is different in how they respond,” she said. “Some dogs respond better to Atopica than to Cytopoint or Apoquel for their allergies.”

Dogs with inflammatory diseases or serious ear infections may respond well to it. And Atopica is labeled for cats, unlike Apoquel and Cytopoint. With owner consent, Apoquel can be used off-label in cats, but appropriate dosing and potential side effects are unknown, and response is variable, Bourgeois said.

Cats and dogs with bacterial skin infections may benefit from treatment with Convenia (cefovecin), a long-acting injectable antibiotic. That’s especially helpful in cats, which are often difficult to medicate orally. The drawback is that subtherapeutic concentrations can remain in the body, contributing potentially to development of antibiotic resistance.

Dogs with an itch from generalized demodicosis may benefit from oral administration of Bravecto (fluralaner) or topical administration of Advocate (imidacloprid/moxidectin). A study published in Parasit Vectors in 2015 found that a single dose of Bravecto was highly effective, with no mites detectable at 56 and 84 days following treatment. Advocate, administered three times at 28-day intervals, was also highly effective, but most dogs still harbored some mites following each assessment.

Similar results were seen in a matchup between oral afoxolaner (NexGard) and Advocate. A study published in 2016 in the journal Parasite demonstrated that treatment with NexGard resulted in rapid reduction of mite population and noticeable improvement in the dogs’ clinical signs. Seven out of eight dogs treated had no mites in their skin scrapings 84 days after treatment. Conversely, seven out of eight dogs treated with the imidacloprid/moxidectin product were still infested 84 days later.

Some owners may want to know how the products work. Dr. Miller explains that immune system cells communicate with each other by means of cytokines. The various cytokines either increase or decrease the allergic immune response. Drugs such as Apoquel and Atopica influence a wide variety of cytokines, dampening the allergic response, while Cytopoint focuses solely on IL-31.

Because Cytopoint is formulated specifically for dogs, it would have no effect in cats and would likely stimulate immune complex reactions. Antibodies are comparable to fingerprints, Dr. Outerbridge said, with each one unique to its target protein. A cat’s immune system would react to Cytopoint as a foreign protein and could cause serious problems if the cat became sensitized to it.

“If they got it more than once, they could have an anaphylactic reaction to it since they would have made antibodies against it, kind of like a mismatched blood transfusion,” she said. “The technology of targeting specific proteins that may play a role in allergies may in the future play a role in other species, but you’d need to make antibodies that are specific to the target molecules for that species.”

The Zoetis purchase last year of Nexvet, known for development of monoclonal antibody therapies, could lead to future treatments for cats with allergy-related itchiness. The trick is developing a deeper understanding of feline allergies, which may be somewhat different from dog allergies, Outerbridge said. When that happens, it may lead to development of a monoclonal antibody to manage feline itchiness as well as Cytopoint does for dogs. 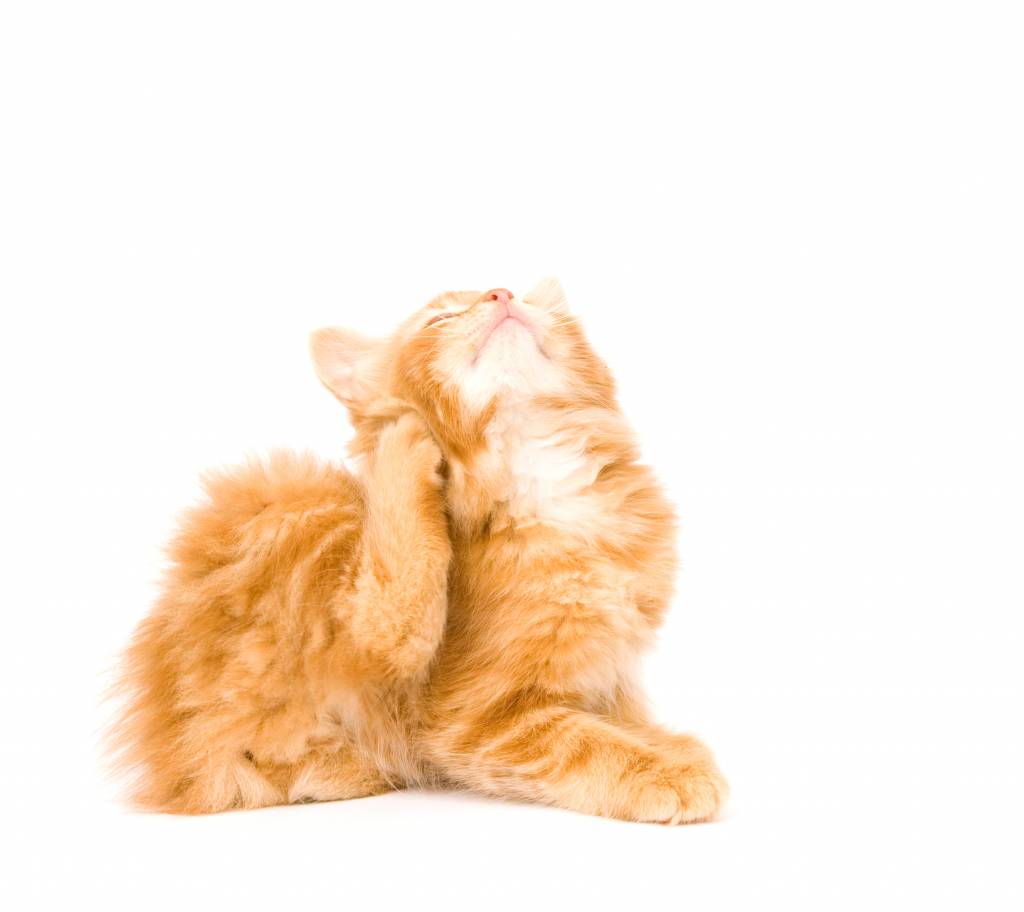 Every medication has side effects. Steroids, of course, can cause increased appetite, thirst, and urination and greater risk of bacterial skin infections and other infections. Other therapies, while they are more targeted, also can cause adverse reactions.

In the presentation notes for his lecture on Cytopoint at Western Veterinary Conference in March, Craig Griffin, DVM, ACVD, said it is possible that some dogs’ immune systems could recognize the antibody as foreign and develop antibodies against it, causing the dogs to no longer respond to the drug. This has not been documented, however. Other potential adverse effects are swelling and pain at the injection site and lethargy.

So far, no long-term studies identifying other side effects of Cytopoint have been published. Because it is a biologic rather than a drug, its effects are aimed solely at IL-31.

The manufacturer said Apoquel should not be used in dogs with serious infections and may worsen existing parasitic skin infestations or pre-existing cancers. It has not been tested in dogs receiving corticosteroids and cyclosporine, but has been used safely with parasiticides, antibiotics and vaccines. Manufacturer studies for the drug found that adverse developments included pyoderma, nonspecified dermal lumps, otitis, vomiting, diarrhea, histiocytoma, cystitis, anorexia, lethargy, yeast skin infections, pododermatitis, polydipsia, lymphadenopathy, lipoma, nausea, and aggression.

Atopica, Apoquel, and Cytopoint vary in their mechanism of action, patient restrictions, efficacy in individual patients, and side effects, said Miller.

“The selection of which drug is used on a particular patient is very much dependent on the individual case,” he said.

You May Also Like  National Pet Dental Health Month: Thank you to our technicians

Cost is also a factor. An owner’s budget may well decide which drug is used.

“Steroids are cheap, and these drugs are not,” Miller said.

Most important, inform clients that there’s no easy solution to itchy skin disease. It’s not realistic to expect to manage allergies without long-term therapy.

“We have clients come in, and they’re frustrated with all the money or time they’ve spent,” he said. “They think there’s one medication they can get or they’ll come in and say, ‘I just want to not have to give any medications.’ Getting their expectations set realistically can be beneficial not only for the owner but also for the veterinarian, just to help manage that frustration.”

“To be able to provide quick relief so that these animals feel better is definitely a great option,” she said. “While these medications are great tools, ultimately, especially in younger to middle-aged animals, doing allergy testing to get them on long-term management with immunotherapy is still the best recommendation for chronic use.”

How to add 100 specialists to your practice — your hospital library
Join Now!
13
Sponsored