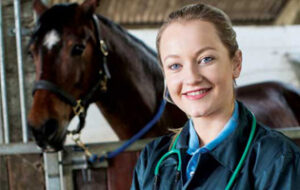 Horse owners and veterinarians have focused on control of equine internal parasites using chemical deworming strategies for decades, especially with the advent of readily available, easily administered oral paste deworming agents. However, due at least in part to rather constant deworming, parasite resistance to deworming agents is now recognized as a significant problem. Thus, it is increasingly important veterinarians work with their clients to develop effective deworming strategies.

Due to indiscriminate deworming practices of the past, the parasites that were of most concern—S. vulgaris and other large strongyles—are now actually pretty rare. Currently, the major parasites of concern in adult horses are small strongyles (cyathostomins) and occasionally tapeworms. For horses younger than 3 years of age, ascarids (Parascaris equorum) cause the biggest problems.

It’s now recommended that horses should be treated only if they are showing signs of a moderate to heavy parasite load. Most adult horses develop some immunity to parasites. Horses with a high level of immunity shed few eggs. Thus, in a group of horses, it makes little sense to deworm all horses on the same schedule. On the other hand, horses younger than 3 years of age are more susceptible to parasite infection, are more at risk of developing parasite-related disease, and may require more frequent deworming (in addition to other parasite control measures).

Strategies of frequent deworming or “rotating” dewormers do not control internal parasites effectively, they waste time and money, and they build parasite resistance. A goal of trying to eradicate all parasites by deworming alone is essentially impossible. Current thinking suggests parasite control should limit parasite infections so that animals remain healthy and clinical illness does not develop.

You May Also Like  Treating seizures—A fast and furious summary

Guidelines for horses 3 years or younger

No single deworming program fits all horses. Controlling parasites involves establishing and sticking to a reasonable program and involving an equine healthcare professional to promote and improve the veterinarian-client relationship.

View the American Association of Equine Practitioners’ parasite control guidelines for information and recommendations on deworming programs at bit.ly/2JU4YKA.

Dr. David W. Ramey is a Southern California equine practitioner who specializes in the care and treatment of pleasure horses. Visit his website at doctorramey.com