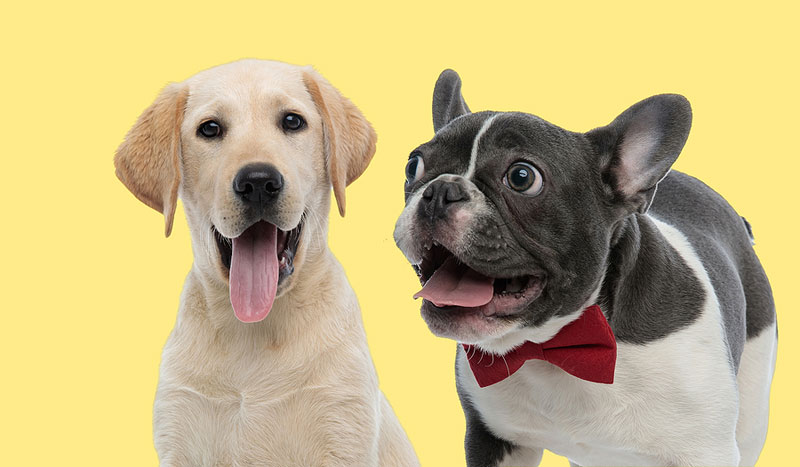 America sure does love its Labrador retrievers.

For the 30th year in a row, the happy-go-lucky dog topped the American Kennel Club’s (AKC’s) annual breed popularity rankings, representing the most registrations in 2020.

“We look at the AKC registrations for the entire year, and then we rank them from top registrations to least registrations,” says the group’s vice president of public relations, Brandy Hunter. “We don’t like to say, ‘least popular’ because they’re all popular in our book!”

While AKC’s top dog might have been par for the course, the list’s runner-up presented a surprise: the French bulldog took the spot, moving up from its previous fourth place position.

“It’s a huge surprise to everybody, and to us as well,” Hunter says. “We were excited to see a shake-up in our top five.”

“We spent a lot of time at home last year and, if you have a smaller space, this dog is really going to work for you,” she adds. “They’re smart, funny, and highly trainable. They’re a lot of dog in a little body.”

German shepherds and golden retrievers dropped one spot each to make way for the Frenchie, landing at No. 3 and No. 4, respectively. Meanwhile, Nos. 5 through 9 remained consistent, with bulldogs, poodles, beagles, rottweilers, and German shorthaired pointers maintaining their positions.

Finally, the Dachshund rounds out the top 10, pushing the Pembroke Welsh Corgi to No. 11.

For a closer look at the breeds in the top five, check out the video below (courtesy AKC).