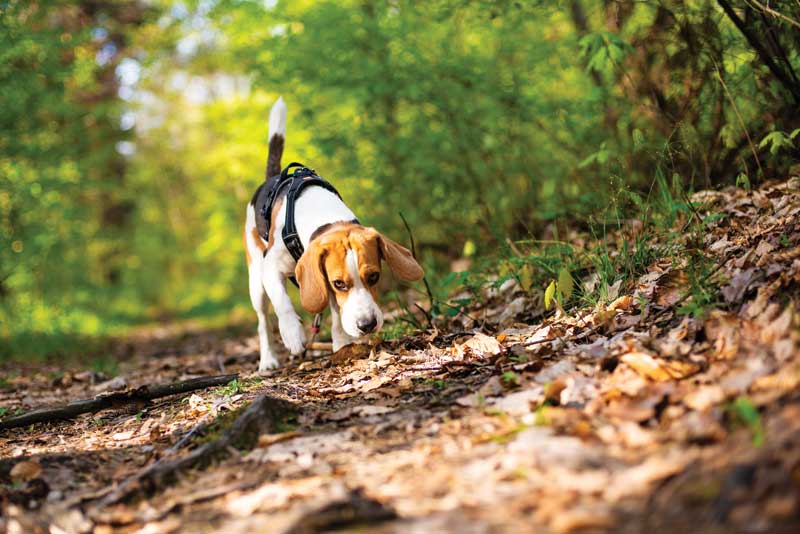 Last April, researchers at Canada’s Ontario Veterinary College (OVC) discovered dogs were being infected with the larval form of E. multilocularis, which acts like a cancer that destroys their livers. The parasite was found in nearly one in four coyotes and foxes tested in southern Ontario, suggesting it is well established in the region. In August, reports surfaced in Alberta of the tapeworm infecting coyotes, foxes, and rodents. With the possibility of the parasite (which also affects humans) migrating to bordering states and beyond, there is need for veterinary professionals to recognize the symptoms it causes and understand how to treat patients carrying it.

What is E. multilocularis?

Unlike others such as Taenia spp. and the common “flea tapeworm” (Dipylidium caninum), the adult E. multilocularis is very small, only about 0.25 in. long, its body comprising three to five segments.1 Found only in the Northern Hemisphere, adult tapeworms of this kind infect wild carnivores, including foxes, wolves, and coyotes, but may also affect dogs and cats, although cats are poor hosts for the parasite.2 Rodents such as lemmings, voles, and deer mice serve as the parasite’s intermediate, harboring the larval stage of E. multilocularis in their visceral organs, mainly the liver. Carnivores become infected with the adult tapeworm by ingesting infected rodents.

The adult worms attach to the inner wall of the small intestine of carnivores. They are hermaphroditic, having both male and female reproductive organs, and thus can fertilize themselves. Eggs mature within four to five weeks in the distal segment of the tapeworm; they are then released and pass out into the environment through the dog’s/wild carnivore’s feces.1 The eggs are then ingested by rodents, which develop the larval stage, continuing the life cycle. However, if dogs or humans accidentally ingest E. multilocularis eggs through direct contact with an infected carnivore or environmental contact such as contaminated food or water, they can also develop the parasite’s larval form, serving as aberrant intermediate hosts. People who have contact with foxes and coyotes, or their feces (e.g. trappers, hunters), or dogs that eat wild rodents and develop the tapeworm, are at greatest risk of ingesting E. multilocularis eggs.

Alveolar echinococcosis (AE) is the term used to describe infection with the larval stage of E. multilocularis, which is characterized as a slow-developing, infiltrative space-occupying tumor-like lesion, usually located—at least initially—in the liver, although it can spread to other organs and locations in the body. Because the larval cysts are slow-growing, people may be infected with AE for many years before showing symptoms. Left untreated, the lesion results in clinical signs such as abdominal mass and/or pain, jaundice, and ultimately liver failure, mimicking symptoms of cirrhosis or liver cancer. In the disease’s late stages, the parasitic lesion can metastasize to other sites, including the brain, resulting in a variety of symptoms.1 Without treatment, AE can be fatal.

The first cases of human AE were identified in Germany in the 1850s.3 In recent years, China has reported more than 90 percent of the global number of human AE cases, mostly in its western provinces.4 Human AE is also endemic in northern Japan, Russia, Central Asia, and Turkey, and is an emerging zoonosis in Central Europe, including Germany, Austria, Switzerland, France, and Belgium. Its expansion on the continent correlates with increasing fox populations, especially in urban areas.5

Although most cases of human AE occur in Europe and Asia, there is an increasing number of infected people in North America in the endemic region of the northcentral U.S., southcentral Canada, and formerly St. Lawrence Island, Alaska, where a control program for deworming of dogs was effective.6 In 1989, E. multilocularis was identified in foxes being translocated from northcentral states to southeastern states in the U.S. for foxhunting.7 Although cases of AE in animals in these endemic areas have been common, human cases have been relatively rare except in Alaskan Eskimos8 until recently, when six cases were detected in 2016 in Alberta, Canada.9,10 This indicates the increasing public health importance of AE in North America.

As mentioned, in addition to serving as final hosts of the tapeworms, dogs can also become infected with the larval form of E. multilocularis by ingesting eggs found in domestic or wild canid feces either through food/water contamination or coprophagia, resulting in life-threatening AE. Since 2012, several cases of canine AE have been detected in southern Ontario, Canada, in the region surrounding the western shores of Lake Ontario.11 In all but one of those cases, the primary organ of involvement was the liver. In dogs, AE is often diagnosed when the disease is at a late stage and already causing abdominal distension. This makes complete resection of the parasitic mass impossible, leading to a guarded prognosis.12 Without treatment, the infection is usually fatal. Long-term benzimidazole chemotherapy with/without surgical resection of the parasitic larva has been shown to be effective for both human and canine AE.13

You May Also Like  Guide weeds out veterinary cannabis myths

Monthly treatment with praziquantel is recommended for dogs that may be consuming rodents in AE-endemic areas to prevent patent intestinal infections of tapeworms and, therefore, mitigate the risk for transmission to humans and other canids.13 Dogs with hepatic AE could have a concurrent intestinal adult tapeworm infection; thus, praziquantel treatment would be recommended also for canine AE cases.14

Transmission of E. multilocularis should be considered a public health risk. In those areas where E. multilocularis infection is endemic, a One Health surveillance approach requiring mandatory reporting of infection of this particular tapeworm in both humans and animals to public health authorities and veterinary officials will help guide combined efforts in the development of targeted prevention strategies.11 Considering the tapeworm’s expanding area of endemicity in North America, this takes on added significance and urgency.

Arve Lee Willingham III, DVM, PhD (parasitology), is professor of One Health and associate dean for research and postgraduate studies at Ross University School of Veterinary Medicine (RUSVM). Dr. Willingham received his bachelor of science and earned his DVM from the University of Georgia. Following four years of private veterinary practice in Georgia, he served as a Peace Corps volunteer (1990 to 1992) in the Middle Atlas Mountains of Morocco where he developed an interest in parasitic zoonoses of both public health and agricultural importance in developing countries. This led to a Fulbright Graduate Research Fellowship (1993) and PhD (1994 to1997) study programs on zoonotic schistosomiasis at the Royal Veterinary and Agricultural University in Denmark. Willingham worked at the World Health Organization’s (WHO’s) special program for tropical diseases research and training (TDR) based in Geneva, Switzerland from 2010 to 2013 and joined the faculty of RUSVM in 2013. He can be contacted via email at awillingham@rossvet.edu.kn.

3 Vuitton DA, Wang Q, Zhou HX, Raoul F, Knapp J, Bresson-Hadni S, Wen H, Giraudoux P. A historical view of alveolar echinococcosis, 160 years after the discovery of the first case in humans: part 1. What have we learnt on the distribution of the disease and on its parasitic agent? Chin Med J 2011; 124: 2943-2953.

6 Rausch R, Wilson J, Schantz P. A programme to reduce the risk of infection by Echinococcus multilocularis: the use of praziquantel to control the cestode in a village in the hyperendemic region of Alaska. Annals of Tropical Medicine and Parasitology 1990, 84: 239–250. 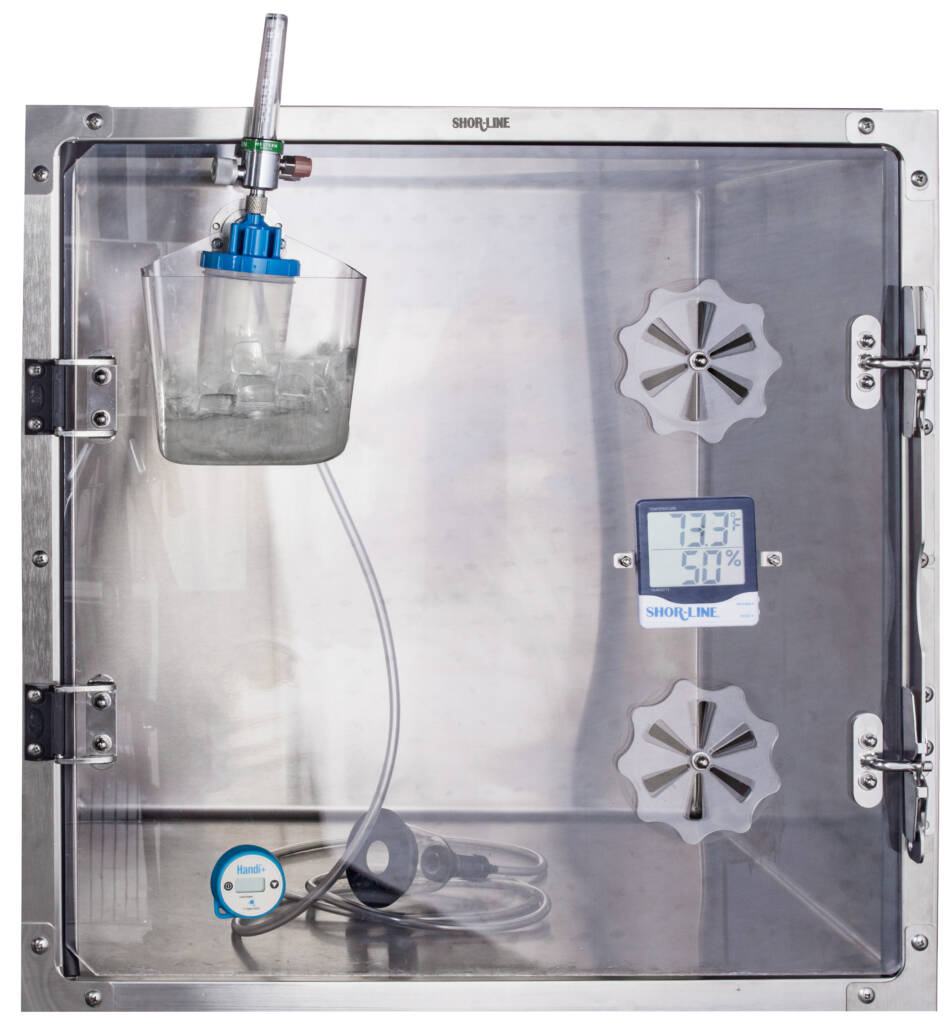 Making the Most Out of Your Cage Housing

Shor-Line cages are the most popular veterinary housing. They last for decades. You can retrofit cages to work harder.
+ Learn More
Suggested Veterinary Products